The Secrets Behind a Successful Online Product Launch 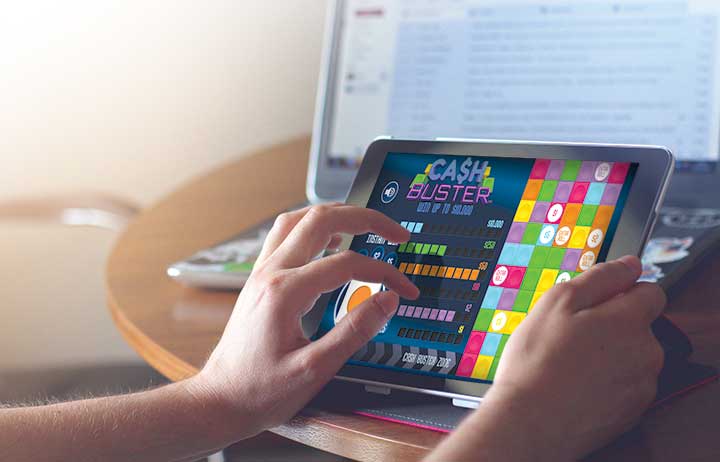 “Our customers have responded very positively, with revenue exceeding expectations in these early weeks,” says Amanda Nicol, Brand Manager at ALC. “The integration via its RGS has made the whole process extremely efficient, and it’s been a pleasure to work alongside IWG.”

La Fleur’s speaks to the team at IWG to discover what the key ingredients are when launching a suite of new products in the online world.

Flicking the switch on a brand-new product launch is an exciting time, yet can also be an apprehensive period for a business as it awaits the initial results of early gameplay and whether the investment has been worthwhile. This is particularly true when heading into unfamiliar territory, which is the case when launching instant win games for many lotteries in North America.

The Atlantic Lottery (ALC) is one of the most recent lotteries to have taken the plunge to launch a brand new online instant win portfolio, after partnering with award-winning provider IWG.

After going live with 20 of IWG’s games, ALC has seen a huge increase in sales, outstripping even its most ambitious predictions before launching.

So what exactly are the key factors to ensure a product launch runs smoothly? And what lessons can other lotteries learn going forward?

When it comes to launching online instant win games, there’s a fear amongst many lotteries this will lead to the cannibalization of retail scratchcards. However, IWG CEO Rhydian Fisher argues that this is a misconception.

“Lotteries are obviously concerned about the potential impact of cannibalization, but if you look at how the market performs elsewhere in the world including Europe, this simply isn’t the case.

The new products actually lead to engagement with a new audience and helps generate additional revenues, as seen when launching with Michigan Lottery and Loto-Québec.”

The popularity of these games even led Loto-Québec to launch a physical version of IWG’s best performing title, Cashbuster.

“It was a first for us to make the transition of an online game into a retail product as it’s usually the other way around,” says Fisher. “They saw the potential in Cashbuster becoming an instant hit with its retail audience, and wanted to maximise the brand’s appeal across all the channels they operate over.”

Such is the success story at Loto-Québec, the move has prompted other lotteries to follow suit and launch physical versions of IWG’s games.

Additionally, it’s essential to keep the product offering varied and refreshed
in order for a lottery to appeal to a
wide audience and maximize the commercial opportunities.

With growing expectations from online lotteries looking for a flexible and hassle-free service when launching new content, the onus is on suppliers to provide a solution which can meet their demands.

Remote Gaming Servers allow for quick and easy access to a steady flow of content, removing the long and drawn out processes often associated when integrating games from a platform.

The integration process is an area which IWG has made significant investments in recently to provide lotteries with a platform from which they can easily access content. Progressive Play, the provider’s RGS, enables IWG to supply its games throughout Europe, Canada and the United States. They became the first game developer to have an RGS integrated into a U.S. lottery earlier this year when launching with the Michigan Lottery.

According to Simon Bucknall, Chief Operating Officer at IWG, he expects more lotteries to follow this trend of integration in the near future:

“The RGS allows lotteries to broaden their product offering, with access to fresh games as well as complementary content such as virtual sports and RNG releases.“

A successful launch is only the beginning of the journey, and to keep players on board requires a regular update of new games.

“Players deserve to be entertained and rewarded for their loyalty, which is why we focus much of our effort on delivering engaging games on a regular basis,” says Jonathan Drysdale, Head of Product at IWG.

The supplier produces around 60 games a year to meet expectations from both lotteries and the end user, often making improvements to its most popular titles to add an extra layer of excitement.

The company has already experienced phenomenal success in the U.S. and expects to deliver its portfolio of instant win games to a number of new lotteries over the coming months, proving it has all the attributes to deliver a successful launch.