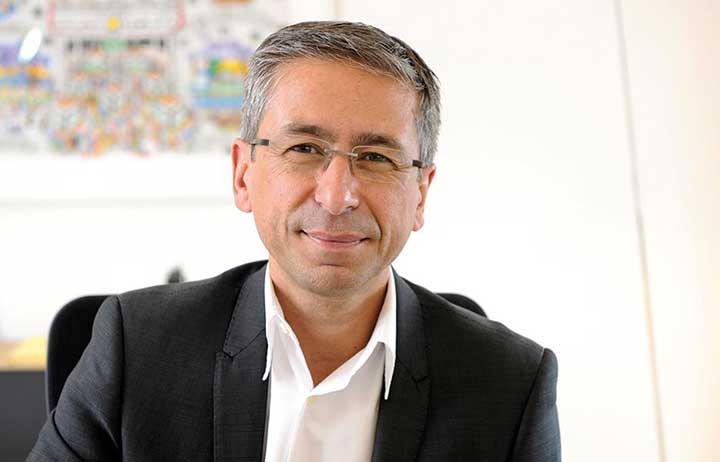 In June, Swiss voters overwhelming supported the Money Gaming Act, which set out to modernize the gambling environment in Switzerland. The law will have ramifications on casino and lottery gaming as well as poker tournaments and sports betting. On one hand, the lottery industry will find new competition against casinos which can now sell online. On the other hand, ISPs are now forced to ban designated illegal/foreign gaming operators. In this interview, Jean-Luc Moner-Banet, CEO of Loterie Romande and President of WLA, talks about his view on these changes.

Could you start by explaining how gaming was structured in Switzerland before the Money Gaming Act?

Before the gaming act, there were two different systems, one regarding casino games under federal law. They’re actually 21 brick and mortar casinos in Switzerland, but until the end of this year, they will not be allowed to have any internet/digital activities. Only the new gaming will enable to do so. And there is another law, which is local/state law that regulates all the other gaming activities, whether it is lottery and gambling. And the new gambling act is really aiming to put everything together into one single act at the federal level to make sure that there is some coherence between all the different parts of the same sector. You have to realize that law that governs lottery and sports betting was passed in 1923, almost one century ago. There was really an urgency to modernize all the legal environments.

Why will coherence be better for the players?

The new Gaming Act allows casinos to offer games online. Does this create competition for the lottery?

Well, in a way, yes. People who are active on the digital market, they will have a choice. They will have to make up their mind whether they want to play casino, poker, lottery or sports betting. But on the other hand, it promotes gambling activities in the general population. I think that we will help push people to play casino and casino players will be pushed to play lottery. We will all benefit from the new gaming act I think.

One of the more interesting provisions in the act is the blocking of foreign operators. Generally speaking, how does the government plan to do this?

They are planning to do this in a dynamic way. For the time being, the technology is simple. We all do the same in Europe. We will aim at blocking the illegal website through IP and DNS blocking. The gambling act is wide enough to let a wide possibility for the regulators in the future to adapt the block measures to the technology that will be available in the future.

Do you think the new law will be effective?

From the experience that we have from France, for example where blocking of illegal websites have been in place for quite a long time, they realized that up to 85% that the total gaming market is now strictly under the control the regulator. 15% of the market still escapes that it is quite easy to have DNS server on your computer and you escape the blocking measures, but the people who do that, are mostly the hardcore gamers and whatever we did, and whatever we say, whatever we put in place in terms of blocking measures, they will try to circumvent and to do what they used to be able to do. We are aiming at 85% blocking of the total market. We would consider that a big success.

Will the lottery be helped by this provision?

I think effectively that much us, as the lottery will be helped, but the good causes that we serve at the end of the day. It is not for us the government and parliament have passed this gambling act and the blocking measures. It is more for the money that would otherwise escape to illegal market and would go offshore. Those who lose a lot of money would be the good causes. That is the main reason that it will clearly favor our legal activities.

There have been concerns rising that this type of blocking interferes with the personal rights of Swiss citizens. Is this a credible argument? Why or why not?

Well 73% of the Swiss citizens when they voted in favor of the gambling act clearly expressed that they do not think that it is a viable argument. I am of the same opinion. I think it has never been a question to block the freedom to access the internet. The internet is a space of freedom and will remain as it is. Having said that it is not a space where anything is possible and people can behave in a way that is not legal and is not in accordance to the laws of our country. People do understand that. They do not perceive this as something that is not acceptable.

Do you believe other countries/states/provinces should adopt similar measures?

That is already the case if you consider the European Union. There are already 18 countries that have identical or similar measures in place. Some of them are using IP blocking, some are using DNS blocking, some block the financial transactions through the banks. But whatever they are using, they realize and they experience that it is quite efficient and my opinion is that it will be quickly the case for most of the EU members. If you look at other continents, such as Asia and not to mention China, which is a different case if I may say, with countries like Singapore, do the same. It tends to be a very common measure in the gaming market.

ISPs must be involved to make these measures efficient. This what we are aiming to do in Switzerland under the new gaming act. They will be forced to collaborate with us and with the regulator to do whatever they can, the best they can to block the illegal website. Having said that, they will not be responsible if the blocking 100% efficient.

One of the other provisions is a change in taxation. How are winnings now taxed and how does this effect the lottery?

On the one side are not taxed at all. If you win a million Francs at a casino, that’s 1 million francs free of tax. So you should come to Switzerland and try to win. This is not the case for all the winnings. The lottery and sports betting winnings, up to the end of the year, above 1,000 francs, is taxed at 35%. Next year, it will change; it will be 1,000,000 Francs is tax free. Anything above that will be taxed at 35%.

Will this tax change push more people to play the lottery?

I don’t know if it will push more people to play. It will have an influence on the current players. Think about someone who wins 100,000 Swiss francs on the Swiss lotto game. Now they pay 35% tax and next year it will be free of tax the same amount, the same game, the same jurisdiction. It will for sure have an impact. How long will it last and how big will it be, that is the question.