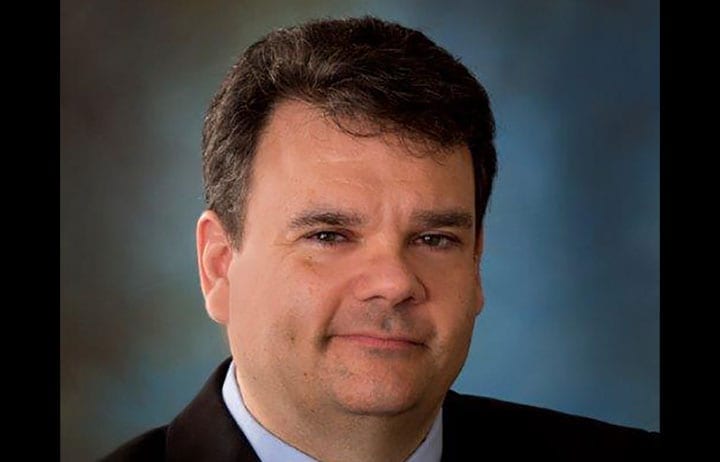 Stephen Durrell was named Kansas Lottery Interim Executive Director in January 2019. He is an 11-year veteran of the agency. La Fleur’s interviewed him recently for its New Director Spotlight Series.

Durrell previously worked as Assistant Attorney General/Chief Counsel for the Lottery. “So, I’ve had a pretty in depth background of what we do here,” he said. “Before that I worked in the same capacity at the Kansas Racing and Gaming Commission.”

He describes the Kansas Lottery “as a great place to work. My experience here bears that out.”

One of his top priorities for the lottery is efficiency. “In order to maintain a great working environment for our employees, we are looking at ways to streamline operations and hopefully make their jobs more efficient while keeping an enjoyable work environment,” said Durrell.

What changes are ahead? “There could be several changes ahead for the Kansas Lottery as the issues of sports wagering moves forward in the Kansas Legislature,” he said. “However, in our immediate future, we’re looking at ways to increase our marketing footprint, while ensuring the importance of preventing underage gaming and helping people who have problem gaming issues.”

Durrell believes his decade-long experience working at the lottery gives him the insight to know where there are areas of improvement. “In turn, I also know what has been working for the Lottery for past several years and I don’t see the need to fix something that isn’t broken,” he explained. “The Kansas Lottery has always had a good relationship with the four casino managers who run the facilities where the casino gaming is owned and operated by the State and I hope to continue that great relationship in my new role, especially as the legislature moves forward on the issue of sports wagering.”

On the personal side, Durrell’s favorite extracurricular pursuits are “spending time with my family and seeing new and different films. I also enjoy travel when I get the time.”

In terms of sports, he is a Jayhawk in most sporting events since he went to the University of Kansas for his undergraduate degree “When it comes to professional sports, I am a Chiefs fan in the AFC, and Royals for the American League. For the NFC and National League, it’s probably the Bears and the Cubs respectively,” he reported.

Durrell reads a lot—“stuff by Michael Connelly and Neil deGrasse Tyson but probably the best was a book I tend to read about every year—Creativity, Inc.—written by Ed Catmull. It’s about Pixar’s rise as a company and their creative and management philosophies. Very good,” he ended.