The Homegrown App: An Update 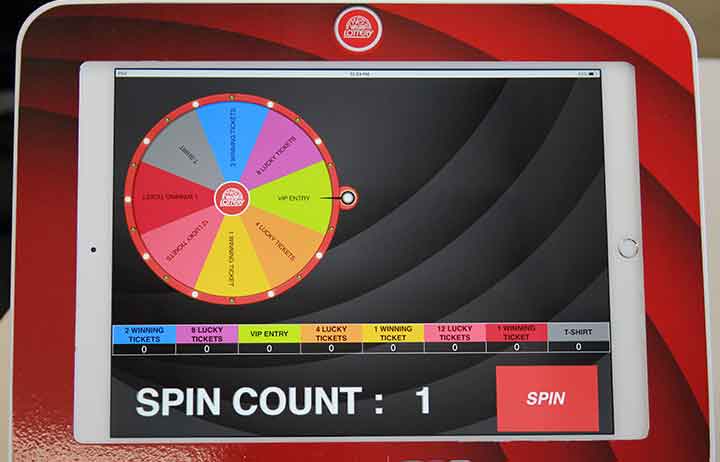 Last year, we published a story on an app that West Virginia’s own employee built. Here is a quote detailing the problem the West Virginia Lottery faced.

Like many lotteries, the West Virginia Lottery takes part in the state fair and other festivals to garner brand attention, sell tickets and support their state. Players who purchase tickets get to take part in a fun 2nd chance promotion for the opportunity to win prizes like instant tickets and Lottery memorabilia. In the past, the West Virginia Lottery used prize wheels and Plinko boards for these promotions. Thousands of people visit the lottery’s booth at these events, which makes it difficult for staff to keep track of everyone. When some players would quickly stick a finger into a wheel to slow it down or purposefully overflow a Plinko board, the staff was presented with a difficult task in how to handle the situation. Often, they must give players the benefit of the doubt.

It was a large problem that needed to be solved. The lottery looked internally for a solution. West Virginia Lottery Marketing Specialist Ron Lawson, originally an analyst for the lottery, had gone back to school to learn how to code. When management discussed the problem, he utilized his new found skill to build an app that would solve the problem.

A year later, the numbers have come in and Lawson’s app has helped increased sales from the State Fair of West Virginia by 16%. Along with solving some of the other issues, the app has reduced waiting in line, which increases churn. This year, Lawson has updated the app with a new feature: AUTO GAME. It’s the same exact algorithm that determines the random wheel win, only the game plays itself.  In less than a second, the game can play 300+ spins into the eight winning categories.  It will help high volume players who have 100+ 2nd chance tickets.