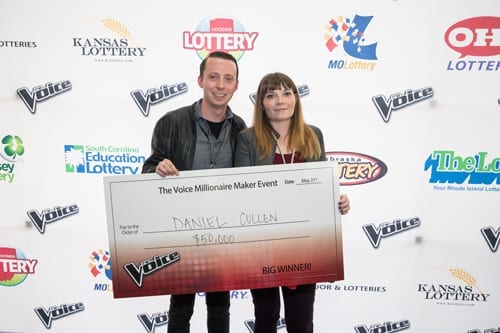 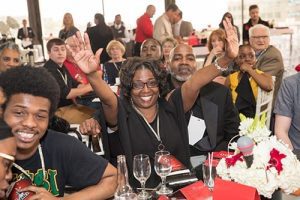 How exciting is a non-winning lottery ticket? For participants in the second-chance promotion for The Voice®, it brought a six-day, five-night trip to Las Vegas and Los Angeles to experience the excitement of the blockbuster television show The Voice firsthand.

Thanks to their lotteries in Arizona, Indiana, Kansas, Manitoba, Missouri, Nebraska, New Jersey, Ohio, Rhode Island, and South Carolina, winners of the promotion and their guests were treated to airfare, luxury hotel accommodations and ground transportation, and a lottery-players only, VIP Millionaire Maker event. Each and every second-chance winner walked away with at least $1,000. Two lucky winners were taken by limousine straight to NBC Universal Studios to see the live finale of The Voice’s 16th season.

The Voice has impressive viewership statistics across demographics, and the winners were representative of the show’s diverse fan base. The trip kicked off on May 17 in Las Vegas with a welcome reception and tickets to one of Celine Dion’s final performances at the legendary Colosseum at Caesars Palace. Upon arrival in Los Angeles, everyone was treated to a Hollywood sightseeing tour before participating in The Voice Millionaire Maker event.

Orchestrated to mimic the rounds of The Voice, the Millionaire Maker Event on May 21 divided participants into four teams during the Blind Auditions before proceeding to the Knockout Round. As the event continued, some lucky players advanced to the Battle Round, then to the Chair Spin Round, and ultimately to the Finals.

In the final round, the remaining participants each selected three of 12 numbered replica chairs, one of the show’s most recognizable icons. Behind these chairs were prizes in varying dollar amounts ranging from $10,000 to $50,000, as well as three cards containing the phrase “I Want You”—a rallying cry for competitors on the show. If the winners found three “I Want You” cards, they’d win $1 million!

While no one successfully turned all three “I Want You” cards during the final found, they all walked away with amazing cash prizes. Each finalist won the cumulative amount of all the prizes revealed during their rounds, with one or two “I Want You” cards valued at $10,000 each. One finalist from Missouri won $40,000, two finalists, from New Jersey and Indiana, won $45,000, and another finalist from Indiana won $50,000! 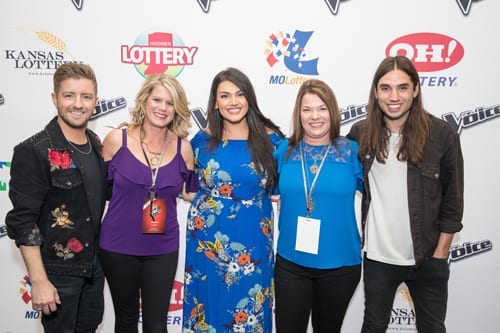 After the Millionaire Maker event, the winners of an additional drawing were whisked to nearby NBC Universal Studios, where they were seated directly behind the coaches to enjoy a prime view of the finale’s numerous musical performances, including Taylor Swift, the Jonas Brothers, Hootie & the Blowfish, and more celebrity music artists. Back at the Sheraton Universal Hotel, the rest of the participants attended The Voice Viewing Party, where they enjoyed live performances from three former contestants on The Voice before watching the finale together.

The Voice second-chance promotion was built around IGT’s signature White Glove Player Experience, giving players VIP treatment on behalf of their lottery from the second they’re confirmed as a winner until long after their trips have concluded. Many small touches make a big impact, from VIP trip coordinators available 24/7 before and throughout the trip, to access to a private Facebook group that allowed winners to get to know one another before the trip.

Feedback from the participants of The Voice Experience was overwhelmingly positive. Many won life-changing amounts of money, and all left Los Angeles with new friendships and memories. All the winners returned home grateful to their respective lotteries for making this once in a lifetime, money-can’t-buy experience a reality.