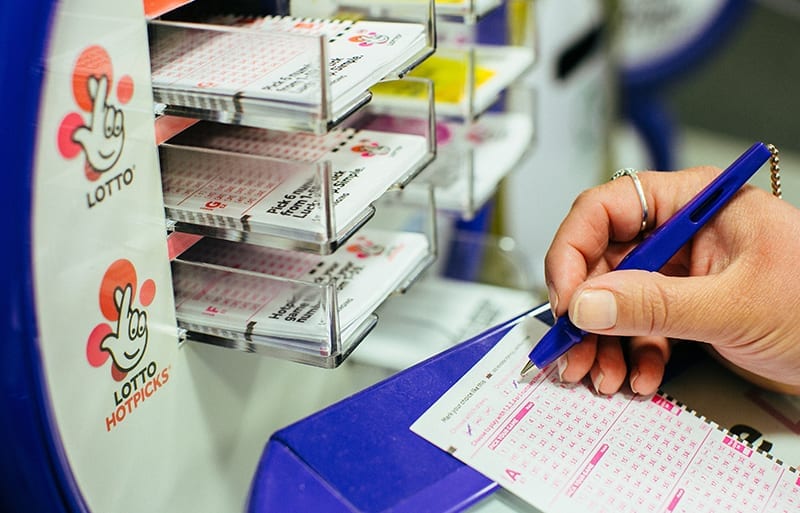 Camelot UK Lotteries Limited revealed details of a series of special draws for September where hundreds of millions of pounds will be up for grabs – driving excitement with players and providing a much-needed boost to retailers in the continued challenging high street environment.

At the same time, Camelot also announced an upcoming change to Lotto, which will see around a million people win a fiver in certain ‘Must Be Won’ draws. From Saturday 7 November, players who match two main numbers in a Lotto ‘Must Be Won’ draw where no one matches all six main numbers to win the jackpot outright will also scoop a share of the jackpot – winning £5 in addition to their free Lucky Dip (previously the jackpot was only shared between cash prize winners) – while each of the other prize tiers can still expect to receive a share of the jackpot, resulting in boosted prizes. This is the first time a cash prize has been available for matching two main numbers on Lotto – meaning retailers can expect even more positivity and footfall around Lotto ‘Must Be Won’ draws in the future.

Camelot’s Commercial Director, Neil Brocklehurst, explained: “We’ve got three fantastic draws lined up in September to get National Lottery players excited, as well as to provide a commission and footfall boost for our 44,000 retail partners. Kicking off the month with a Lotto £20 million ‘Must Be Won’ draw, retailers could boost their sales by over 30%. This will then be closely followed by two incredible EuroMillions draws – one which will make 20 guaranteed millionaires and one with a boosted jackpot of over £100 million – which could lead to a massive 80% retail sales increase, when compared to a normal EuroMillions draw.

“In terms of Lotto, the changes we made a couple of years ago are continuing to prove really popular – particularly the ‘Must Be Won’ draws where, when the jackpot isn’t won outright, it rolls down to all of the other cash prize winners. But we’re always looking at ways to make our games even better, and one thing that Match 2 winners were regularly telling us was that they wanted a share of the jackpot too.

“So, from later this year, when we have a Lotto jackpot ‘Rolldown’, everyone could scoop a share. As well as their free Lucky Dip, Match 2 winners will win £5 – and we expect that all other prize tiers will continue to receive a share of the jackpot. We know an unexpected extra fiver – which could be spent on a box of chocolates, a book or magazine, or to treat a friend to a coffee – can really put a smile on someone’s face. For our retail partners, on top of the usual commission they make on the free Lucky Dip and paying out some of the other boosted prizes, this will mean a significant number of players reinvesting their £5 win back in store.

“Thanks to National Lottery players, an average of £30 million is raised every week for Good Causes across the UK. Given what the country is going through, this is even more important right now, with up to £600 million in National Lottery funding being used by charities and organisations to help those affected by coronavirus – including £300 million to support the most vulnerable in communities across the UK.”

This enhancement will further cement Lotto’s place as the flagship game in The National Lottery portfolio – with jackpots that are regularly won or shared, and a sense of anticipation in the lead-up to a ‘Must Be Won’ draw. This differs from games like EuroMillions – with huge, rolling jackpots that top £100 million – and The National Lottery’s newest addition, Set For Life, which offers a top prize of £10,000 a month for 30 years.

About the special draws
The ‘Big September’ special draws – all of which will be supported by in-store POS and a variety of other advertising – will kick off with a £20 million Lotto ‘Must Be Won’ draw on Saturday 5 September. This will then be followed by two mega EuroMillions draws – one guaranteeing 20 UK millionaires on Friday 18 September and one offering a boosted jackpot of over £100 million on Friday 25 September. In addition, there will be a special ‘Must Be Won’ draw to launch the change to Lotto when it comes into effect in November, as well as a series of festive draws to drive excitement around Christmas and New Year.

About Lotto ‘Must Be Won’ draws
Following the changes made in November 2018, the Lotto jackpot can only roll five times before it must be won. Since then, there have been 24 Lotto ‘Must Be Won’ draws – 20 of which have resulted in a Lotto ‘Rolldown’ because nobody matched all six main numbers to win the jackpot outright, and so it was shared among the cash prize winners in all of the lower prize tiers – resulting in winners receiving boosted cash prizes.

There are normally between 950,000 and 1.3 million Match 2 winners in a ‘Must Be Won’ draw – so, from later this year, around a million people will scoop £5 (in addition to their usual free Lucky Dip) in these Lotto ‘Rolldowns’. Meanwhile, the boosted cash prize amounts for the other tiers will continue to vary because they are dependent on the remaining jackpot amount – every other tier is allocated a set percentage of the remaining jackpot – as well as the number of winners in each tier.