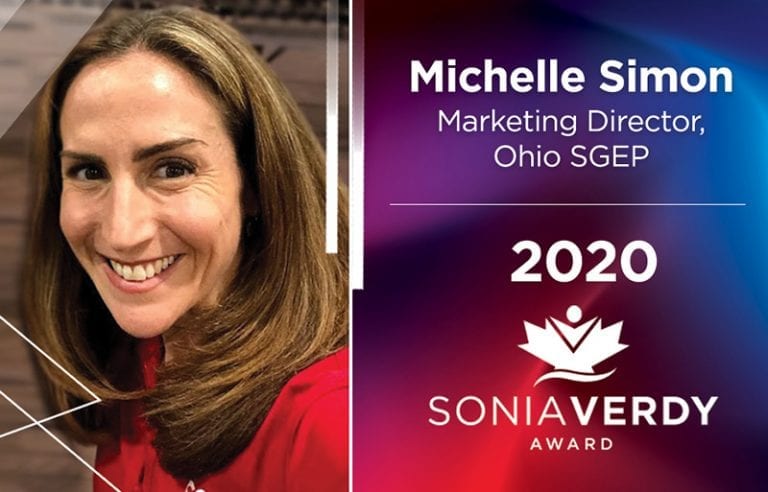 Sonia Verdy, longtime VP of Canadian Manufacturing at Scientific Games’ Montreal operations, lost her battle with cancer in 2020. She was a valued leader, successfully paving the way for women to lead in non-traditional lines of business, such as manufacturing. In December, the company recognized Michelle Simon as the first recipient of the Sonia Verdy Award, established to continue Verdy’s legacy by recognizing an outstanding woman leader at the company annually.

SGEP expands Scientific Games’ services to the Ohio Lottery to include analytics and insights, game design, portfolio management, inside sales, advanced logistics for warehousing and distribution, and retailer optimization. The company has also deployed its SCiQ® retail modernization technology to 300 Ohio Lottery retailers.

A critical component of SGEP is the SciTrak™ system featuring OrderCast™, which analyzes and predicts weekly orders at the individual retailer level. “SciTrak gets the right games, in the right place, at the right time. We are not ‘order takers’ but ‘order shapers’,” explained Simon.

More than 20 lotteries globally participate in SGEP. In the recent fiscal year, all 13 domestic lotteries had record years. “U.S. lotteries using SGEP recorded 17% growth vs. 10% industry growth in calendar 2020,” said Simon. “The growth is continuing in 2021.”

Simon and her 36-member team produced stellar sales results for the Ohio Lottery. In year one of the SGEP program, instant scratch-off game sales increased 12.7% to $1.87 billion (FY20 vs. FY19). But even more impressively, despite the pandemic, instant sales grew 25% to $2.11 billion in calendar 2020.

“SGEP’s advanced logistics technology helped many lotteries navigate the challenges of the pandemic. Communication and trust were key. When little was known about the virus and restrictions were ramping up, we immediately enacted our SG Safe Six protocols to help protect the health and safety of our employees. This proactive approach helped keep our people safe while we kept product flowing to retailers, and protected the Lottery’s funding to education,” said Simon.

During the pandemic, only three weeks of Ohio Lottery instant game sales fell below previous years which Simon credits to the strength of the SGEP partnership and the SciTrak technology.

The Ohio Lottery enjoyed record success at the $10 price point in calendar year 2020. “We introduced the $50 $100 or $500 game which paid all prizes at retail. It was intriguing to players and generated over $147.8 million in sales in 62 weeks. It’s a star performer,” said Simon.

Understanding core players and play style is critical. “The reporting our analytics team has provided has increased the trust and relationship between the SGEP program and the veteran team at the Lottery,” said Simon.

Scientific Games’ innovation extends beyond analytics and game creation to the entire lottery retail ecosystem. The Ohio Lottery is a pioneer in modernizing the lottery experience with the company’s SCiQ technology. Simon projects SCiQ will expand to 600 Ohio Lottery retailers in 2021, the most units of any state lottery.

The initial rollout of SCiQ focused on large chains, such as Kroger and 7-Eleven. “We’re now looking to expand to other types of retailers,” said Simon

It’s all part of the Lottery’s key initiative to increase facings in the grocery store category. SCiQ offered the flexibility and features to meet this objective. “SCiQ helps retailers with one touch accounting, security and inventory control. The system provides real time data on what games are selling and immediate notification on out-of-stocks,” said Simon.

She believes that SCiQ is critical to helping lotteries understand what consumers need when they buy instant games. Working at Discovery Channel, Simon tracked TV viewing behavior. “SCiQ provides a similar function for lotteries. We really get to dive into specific market basket information.”

At Syracuse University, Simon was a musical theatre major. “I’m a theatre nerd. I spent my entire childhood on stage. I love it!” enthuses Simon, who moved to New York City to work just three weeks before the events of 9-11. The event and its aftermath resulted in her relocation to Washington DC. She can’t wait for Broadway to reopen so she can take her two young sons to see a musical.

As for Simon’s recent Sonia Verdy Award for outstanding leadership at Scientific Games, “I was blown away. Sonia was an incredible leader. She did a lot to empower women in our industry. Scientific Games continues her legacy with strong women in top positions, such as Eileen Johnson, Jennifer Welshons and Dena Rosenzweig,” said Simon.