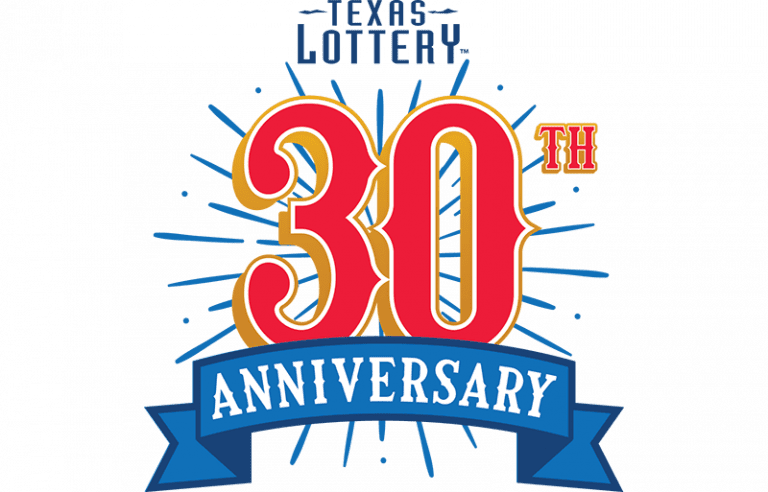 As it celebrates its 30th anniversary, the Texas Lottery crossed another major milestone, achieving $8.107 billion in sales during its 11th-consecutive record-breaking year – resulting in a record total contribution of $1.998 billion for Texas education and veterans. The Texas Lottery’s new record sales total, a $1.403 billion increase (20.9%) over FY 2020, was driven by a pair of independent records, as the Texas Lottery achieved its highest scratch ticket and draw game sales’ totals in its nearly 30-year history.

“When then-Gov. Ann Richards purchased the first Texas Lottery scratch ticket in May 1992, no one dreamed of reaching $8 billion in sales or contributing nearly $2 billion in one year to our great state from the sale of lottery products,” said Gary Grief, executive director of the Texas Lottery. “Not only that, the Texas Lottery has seen sales growth of more than $3 billion – or 60 percent – over the last five years, making it one of the fastest-growing in the nation over that time span. These accomplishments are due to the great dedication, attention to detail and hard work of our employees, vendor partners and most especially our retailers, nearly all of which were deemed ‘essential businesses’ and have worked tirelessly to serve their communities during the COVID-19 pandemic.”

This year’s revenue transfer of $1.998 billion broke the previous record revenue contribution set in FY 2020 by $315 million, an 18.7% increase. It included $1.974 billion to the Foundation School
Fund and $23.4 million to the Fund for Veterans’ Assistance, the Texas Lottery’s largest contributions to Texas education and Texas veterans. The Texas Lottery has now contributed more than $27.6 billion to Texas public education and more than $166 million to Texas veterans since the dedication of such funds by the Texas Legislature.

“We are thrilled to announce the Texas Lottery once again generated record revenue for Texas education and veterans during fiscal year 2021,” said Robert G. Rivera, Chairman of the Texas Lottery Commission. “We want to thank all the players for supporting the Texas Lottery and for their participation in providing these much-needed funds for the Foundation School Fund and the Fund for Veterans’ Assistance.”

The agency’s core scratch ticket families also proved pivotal to the record sales year. In January 2021, the X THE CASH family was introduced with scratch ticket price points of $1, $3, $5, $10 and $20. The family of games generated $468.9 million in sales during the fiscal year. And the Extreme Cash family, which features tickets at the $1, $5, $10 and $20 price points, has totaled $330.8 million since its September 2020 launch.

Record Draw Games Sales
In addition to record scratch ticket sales, a strong performance from the draw games portion of the portfolio led to a record $1.49 billion in draw games sales for the Texas Lottery – a $342 million increase over FY 2020, the largest year-over-year increase since lottery start-up.

Texas’ in-state draw games produced $781.4 million in sales, the highest sales total since FY 2005. This growth was led by the daily draw games, which generated $547.6 million in sales for the fiscal year – the highest amount in Texas Lottery history and a $52.5 million increase over the previous record of $495.1 million set in FY 2020.

The other two daily draw games, Cash Five® and All or Nothing™, both reached their highest sales marks since FY 2015. Cash Five generated sales of $51.5 million and All or Nothing totaled $43.9 million in sales during the fiscal year.

Propelled by large, dueling jackpots in January 2021, the multi-state games Powerball® and Mega Millions® generated a combined $708.8 million in sales. Of that, Powerball sales totaled $328.2 million; Mega Millions’ sales total of $380.6 million – a $148.7 million increase over FY 2020 – marks the Texas Lottery’s largest sales increase since it started offering the game in 2003.

Record Year for Prizes Paid to Players
FY 2021 was also a big year for Texas Lottery players. The agency paid $5.492 billion in payments to prize winners – the highest prize payment in Texas Lottery history, and an increase of $968.4 million in prizes paid to players from the year before.

Responsible Gambling Efforts Recognized
While achieving another year of record sales growth, the Texas Lottery remained laser focused on social responsibility by enhancing implementation of its responsible gambling initiatives. The agency continued awareness training for retailers, vendor staff and agency employees, participated in the international campaigns for Problem Gambling Awareness Month and responsible holiday gifting and made PLAY RESPONSIBLY campaign information widely available to players and retailers. During FY 2021, the Texas Lottery was certified by the National Council on Problem Gambling (NCPG) and the North American Association of State and Provincial Lotteries (NASPL) for meeting the NASPL/NCPG Responsible Gaming Verification Standards at the Implementation Level. The Texas Lottery previously achieved and holds international recognition by the World Lottery Association (WLA) at Level 3 of the WLA Responsible Gaming Framework.

FY 2021 by the Numbers
• If it were a publicly traded company, $8.107 billion in annual sales would place the Texas Lottery at No. 372 on the 2021 Fortune 500 list, behind Hershey and ahead of other wellknown brands including J.M. Smucker, Intuit, Citizens Financial Group and Foot Locker.
• This is the 18th consecutive year that the Texas Lottery generated more than $1 billion in revenue for Texas, with a record, total contribution to the state of $1.998 billion.
• 97.7% of Texas Lottery sales are returned in the form of contributions to the Foundation
School Fund, the Fund for Veterans’ Assistance and other state programs, and through prizes, retailer commissions, and incentives.