Are the Google and Apple Mobile Platforms Problematic for iLottery?

Interested in this article? The iLottery eConference, a 3 hour webinar event, is next week on Friday, June 14th. Registration is free for lotteries. Topics will cover: starting an iLottery platform; iLottery’s affect on retail; player psychology; innovation; and more!

UPDATE: There has been a major development in Apple’s policy as of June 3rd, 2019, which was published after this article was completed and sent to the printer. New guideline 4.7 prevents lotteries from using HTML5 based apps to distribute their games. Many, if not all the U.S. state lottery apps, currently use HTML5 based apps.

Two of the largest mobile platforms, Apple’s App Store (iOS) and Google Play, are ubiquitous in society with 95% of Americans owning smartphones. These platforms are easy to use for anyone, including toddlers and technophobic grandmothers. Both Apple and Google have a consumer first mentality, which comes at the detriment of businesses. The first U.S. lotteries to venture into real money gaming (RMG) have been exposed to either regulation changes or an institutional anti-gambling philosophy that limits their market reach. Without a concerted effort to unite, the future of iLottery is in jeopardy. 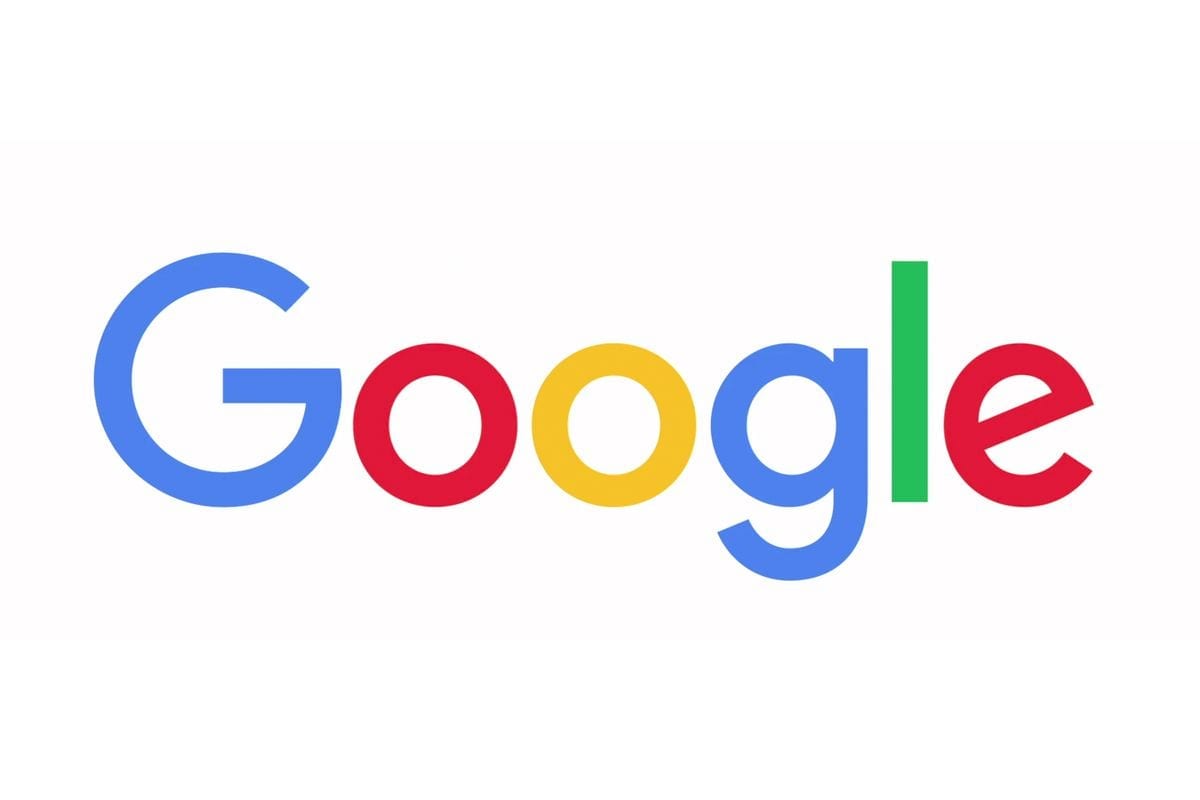 Google’s “I’m Feeling Lucky” button, which, for those that don’t know, opens a random website pertaining to a searcher’s query, is one of only a few instances of pro-gambling behavior. When compared to Apple, Google seems to have adopted gambling more slowly than Apple, even prior to launch of Google Play.

In the mid 2000’s, internet poker was being played across the world and was very popular in the United States. In 2006, the Unlawful Internet Gambling Enforcement Act of 2006 was passed that made internet poker illegal. However, overseas poker companies like PokerStars and Full Tilt Poker continued their operations and even marketed their services in the U.S. “There was a number of poker vendors, a number of them offshore on Microsoft, Yahoo, and Google. I remember I was an inhouse executive at that time and executives were saying if they are advertising this, it must still be legal,” Mark Hichar, Shareholder, Greenberg Taurig, LLP said at La Fleur’s 2019 DC conference.

In 2007, the District of Justice’s (DOJ) Office of the U.S. Attorney for the Eastern District of Missouri fined the three companies a combined total of $31.7 million. Although Google was only fined $3 million compared to Yahoo’s $7.5 million and Microsoft’s $21 million, it may have lead to company taking a more anti-gambling stance or at least a very wary one.

In the U.K. for instance, where internet gambling has been legal and regulated since the “Gambling Act 2005”, Google banned gambling advertising in 2007. It revised the policy in 2008 to allow for gambling in the U.K.

Google didn’t revise its policy to include other countries until 2011. Even then, it refused to allow advertising for gambling products that were not run by national or state officials. Today, in the United States, lotteries are the only entities allowed to advertise online gambling products on Google, according to their Advertising Policies: Gambling and Games/Country Restrictions section. Other jurisdictions do allow non-lottery RMG games to be advertised; all companies in all jurisdictions must prove they have a state authorized license.

Their leniency towards lotteries with advertising does not extend to their app store. While lottery apps are ok –like retail locators, number checkers, loyalty clubs, etc—apps that include real money games are not allowed to be promoted in the store. So a person with an Android phone couldn’t open up Google Play and search for a Michigan Lottery app that allows them to gamble.

“Before we had iLottery, we had no issues promoting a lottery app. After iLottery, they don’t allow the app in there. We’ve had to get creative. So what Michigan has done is created an Android Lite app,” Shannon DeHaven, Deputy Director, Digital Operations, Michigan Lottery said.

The Lite version of the Michigan app allows players to check winning numbers. But it does not allow for players to sign into their accounts. The Lite App also prompts Michigan players to download the full Michigan Lottery app. The full app allows for players to log in and play iLottery games. Players must go to the lottery’s website and follow instructions on how to manually download and install the app.

Players first must change their phone’s settings to allow apps from unknown sources. Then players must download an Android Package file (APK). Finally, before players can install the file, they must first accept the condition that the file may harm their device.

While Michigan Lottery players are still downloading the app at a high rate, players are often concerned after going through the process because it is so unusual and ominous. “It comes with a lot of commentary of ‘is this ok,’ ‘is this secure,’ ‘Michigan Lottery what are you doing’ because they don’t understand this is a Google rule that we are following,” said DeHaven.

This issue is faced by everyone within the internet gambling industry. Jackpocket, a courier service style app that allows players to order lottery tickets over the internet, has similar issues on Google Play. The Jackpocket website detects if players are using an Android phone and then ushers them to either the APK file or to play through the mobile website. “It is a pain. You have to be tech savvy enough to understand how to accept third-party apps outside the app store and then have enough consumer confidence to accept us and know it’s not going to affect their phone,” Jackpocket CEO & Founder Peter Sullivan said. 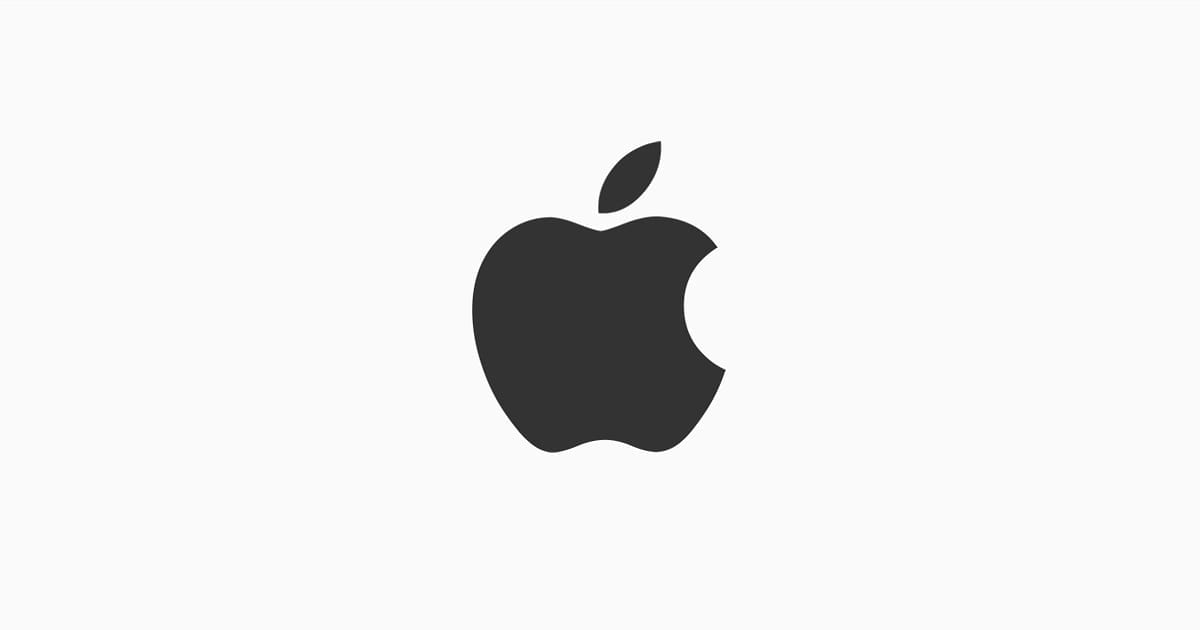 The Apple’s iOS store is more supportive of gambling for real money. In 2012, Big Fish Games Inc. released its casino app. Zynga launched in 2013. In 2019, there are hundreds if not thousands of real money gambling apps available on the iOS store, most available in the U.S..

Apple’s policy for apps that offer real money gambling, which includes casino games, sports betting, poker and the like, is that the apps must be licensed in the jurisdiction they are participating in. This means that the apps also must be geofenced. A geofenced app creates a virtual geographic boundary around (an area) by means of GPS or RFID technology. If the app is inside the geofenced jurisdiction, players have access to real money gaming, and if not, they do not. (Interestingly, the information or data packets transferred between player and apps servers during a wager, however, cannot be proven to stay only within a specific jurisdiction. The U.S. DOJ believes this is the reason that these wagers constitute as interstate commerce and are illegal under the Wire Act, despite being “geofenced” to a state.)

Apps not in compliance with this rule will be removed from the App Store. For lotteries like Michigan and Pennsylvania, their full apps are allowed to be downloaded by players directly from their store, as opposed to their Android Lite apps.

Apple has a different set of problems. In June 2018, Apple came out with a new set of regulations that blocks apps that are “stores,” preventing users from “browse, select, or purchase software not already owned or licensed by the user.” Regulation 4.7 expressly forbids apps that are HTML5-based games, if the sole purpose of the app is to distribute the games. In layman’s terms, it means the app cannot be only a store displaying games to purchase.

The regulations were created to stop Steam, a merchant that allows people to download video games directly on their PC. Steam created an iPhone app, Steam Link, that would have allowed players to continue playing (and purchasing) while away from their PC. Steam Link tried to circumvent Apple’s payment policies by allowing purchases that went through their website rather than directly through the Apple payment portal, which Apple did not like.

While this regulation targets Steam, the lotteries were inadvertently hurt by this. Apple believes lotteries like Michigan offer their players a store like experience to pick out games of chance. “Apple seems to have a carve out for lotteries to sell tickets online. Unfortunately, iOS does not appear to be viewing the lottery guideline as an exception,” DeHaven said.

“We’re going to have to make changes and unfortunately it will impact the user experience which is likely to cause a lot of drop off based on past experience,” she continued.

In a twist of fate, the Steam Link app that caused so many complications for the lottery industry was finally accepted on to iOS on May 15, 2019 because Steam compromised with Apple by removing the ability to purchase games within Steam Link. 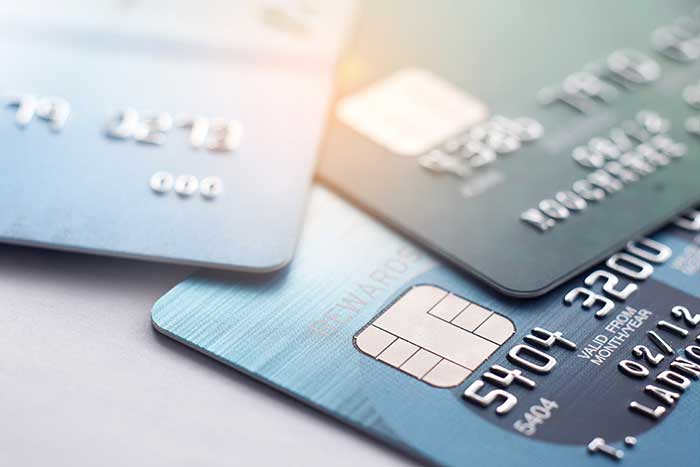 Together Apple and Google earned $71.8 billion from their app stores in 2018. This revenue is generated from a mix of advertising and earning 30% of every sale of a digital product on the store as compensation for server, customer notifications, maintenance expenses, etc.

Both companies do not accept gambling payments through their platforms. Apple’s guideline 5.3.3 states: “Apps may not use in-app purchase to purchase credit or currency for use in conjunction with real money gaming of any kind.”

“They explicitly made a rule that you cannot use in-app purchasing for gambling products. You actually have to use a third party payments company because they don’t want to put their hands in that,” Sullivan said.

One interesting note: Steam Link was denied because it tried to circumvent Apple’s payment policies. Once the ability to purchase games was removed, Apple accepted the app. So the entire purpose of the regulation seems to protect Apple from losing income. However, Apple currently does not want to accept revenue generated from gambling activities, yet lottery apps are being punished.

The U.S. lotteries’ struggle to launch internet gaming has been an arduous one with both federal and state agencies preventing modernization efforts. Now they are facing a new opponent: the tech giants of California. Their combined app store revenue is almost as much as the entire U.S. lottery industry generated in 2018 sales before prizes were awarded to players. This discrepancy in revenue generation suggests that individual state lottery voices will be too weak to bring about meaningful change.

At the very least, the U.S. lotteries must begin forming coalitions to persuade Google and Apple to reconsider their stance on iLottery. But as both Google and Apple are global organizations, their rules affect all lotteries, not just in the United States. In some cases the rules are different for different countries. For instance, in 2017, Google began allowing gambling apps on the Play Store in the United Kingdom, Ireland, and France. The plan was widely assumed to be a pilot for a larger global expansion. But the head of the program left and the future is opaque with almost no information about what Google intends to do to include additional countries.

Lotteries may also want to consider utilizing their vendors as well to gain access to Apple and Google. “They’re in their Silicon Valley, Palo Alto, Menlo Park, Mountain View. If you’re not in that scene, if you’re not in their bubble, it’s hard to get their ear. I have access to that. I would love to support to the lottery to be able to go in there,” Sullivan said.

The lotteries are fighting for the legal right to sell over the internet and it is consuming a lot of resources. The possibility of another fight brewing from the private sector feels like an exhausting two-front war. However, lotteries, even those that do not have internet sales yet, must begin to actively pursue both relationships with and regulation changes from these companies/platforms. When state legislatures finally do allow lotteries to sell online, they will expect success immediately. For that to occur, iLottery cannot have one arm tied behind its back due to regulation issues with the two largest mobile app stores.

U.S. Court of Appeals for the First Circuit Rules in…