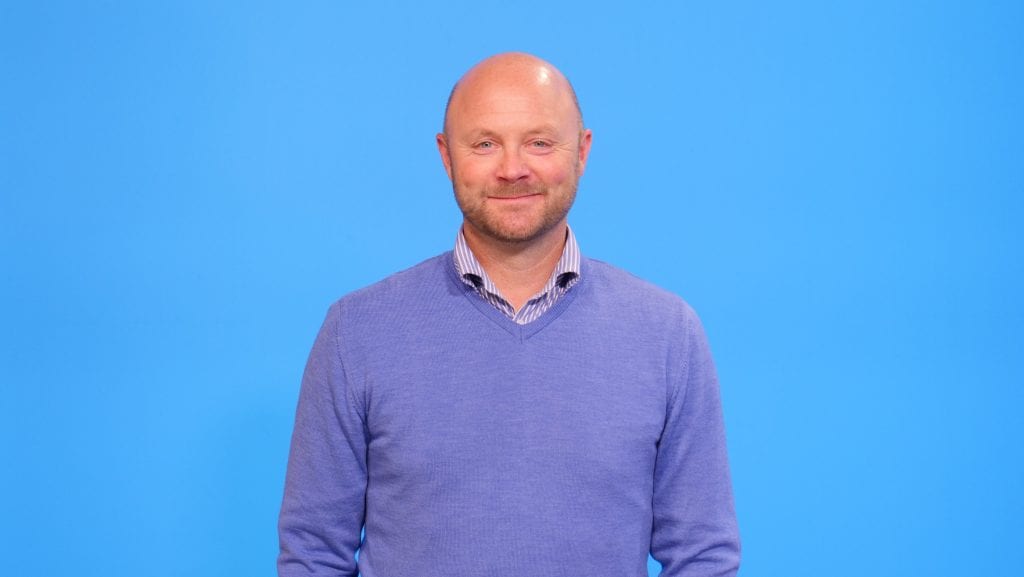 Love Erland? We do too. That is why he is speaking at the iLottery eConference, a 3 hour webinar event, which airs next week on Friday, June 14th. Registration is free for lotteries. Topics will cover: starting an iLottery platform; iLottery’s affect on retail; player psychology; innovation; and more!

In calendar 2018, online lottery sales increased to 50% of the entire company’s gross gaming revenues (GGR) across all categories. The rapid development continues, and weekly digital sales are now up to 65% measured in players and 60% measured in GGR.

“What I can say about going across all categories since the beginning of this year, we surpassed our turnover on mobile. Helped by vacation time, summer 2017 was the first time we saw weekly digital sales surpassing the 50% mark, last year becoming the biggest channel and continuing to grow to over 60% in the last weeks. And it is all driven by mobile!” said Hans-Erland Ringsvold, Head of Gaming Operations, Norsk Tipping. “When that is said, we also continue to develop our physical distribution, maintain our footprint and satisfy our customers’ ever-changing preferences, together with our distribution partners.”

“We have the inline channel; we have the retailers; we have our VLTs; we have the web-based sales channel; and, we have our mobile sales,” said Ringsvold. “All players must be registered to purchase any game in our portfolio, regardless of channel. The only exception is physical scratch games. This month we even enabled two-factor identification (loyalty card and one-time password on your mobile device) for our VLT-operation to ensure confirmed ID.”

The lottery has also implemented its business model 2.0 for its igaming operation. Starting in spring 2019, it no longer uses a single vendor model.

“So what we have done in our new business model, we have separated the gaming level from the platform—or more precisely integration—level,” said Ringsvold. “We now have a content independent integration provider enabling us to connect to new game providers per business need without the use of internal development resources, which are scarce.”

“EveryMatrix only operates as a platform provider to Norsk Tipping under this contract; and, as such, this contract can be extended up to 12 years,” explained Ringsvold. “We have insourced the infrastructure into our own environment but it’s operated by EveryMatrix. They provide a more efficient way of integrating (and disintegrating) the different content providers. Through their standardized APIs or any of their many ‘vanilla integrations,’ they already have with most of the market relevant for Norsk Tipping. This makes them very flexible and efficient.”

As Ringsvold describes it, “Norsk Tipping can—in a metaphoric way—have cloud-based gaming. In terms of the content provider, they have separate frame agreements with NT and certification is both on company and game level.

“This allows us to have purchase styles of games and run mini-competitions for our bigger product lines to get the best from the market both in respect of creativity, quality, development cost and cost of operation. The lottery stages competition so its partners can pitch their concepts which theoretically will grow sales for FLAX products such as the Christmas calendar, Crossword, travel and Win For Life. The Carflax business is a big contract. The calendar scratch is a huge competition. It is an interesting competition as it is an expensive production and short-run period to get ROI,” he said.

Norsk Tipping has, as of today, certified the following content providers: IGT, NOVOMATIC Lottery Solutions, Playtech and Scientific Games. And they all have sub-suppliers complementing their offerings.

“We now have framework agreements lasting up to four years,” said Ringsvold. “Our platform contract tells our platform supplier to integrate to whoever we ask them to.”

According to Ringsvold, “companies can either integrate into the EveryMatrix API or EveryMatrix can integrate into the content providers’ API. Playtech uses the standard EveryMatrix API while IGT has EveryMatrix integrated into IGT Connect which includes IGT and their subsidiaries. IGT has a casino contract and an instant contract with Norsk Tipping. IGT does most of the scratch games provided to Norsk Tipping, but the casino games come from their own portfolio but in addition NetEnt and Magnet. Scientific Games is the same. They’ve been awarded both an instant contract and casino contract.”

2018 was another record year for Norsk Tipping. “We have had record sales and a record transition to digital games,” said Ringsvold. “I am proud to say that we are doing quite well. We are digitizing; we’re doing very well in mobile, our scratch games are up to 85% of mobile games and only 15% is web-based. On the casino side we have 75% of GGR coming from mobile supply. Even online bingo is up to 70% on mobile!”

Its top selling eInstant was MillionFlax in 2017. Sales totaled 128.6 million NOK. This is also the lottery’s best annual performer as a traditional scratch.

“In addition to this ecosystem for provision of our own bespoke scratch games and the best ‘shelf games’ from the industry, Norsk Tipping is also invested in the new Lotteries Entertainment Innovation Alliance AS (LEIA) cooperation together with Francaise des Jeux (FDJ), Danske Spil and Veikkaus.

“We expect this to not only provide us with games from the existing supplier network but also bespoke games from our sister companies, a cooperative platform for new innovations and game formats capitalizing on a bigger liquidity of players than what is possible in Norway only. Scale of economy is also expected to be an important factor as this ecosystem grows. It certainly is exciting times in the industry,” concluded Ringsvold.

In January 2014, Norsk Tipping launched Instaspill, which is a range of net-based games within the categories of casino, bingo and scratch tickets.