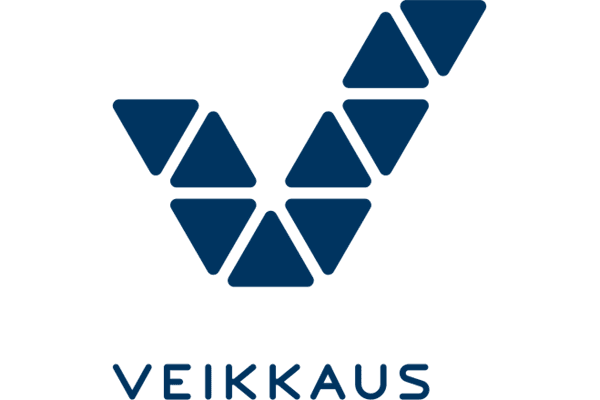 The new Finnish gaming company will start its operations on January 1, 2017, as the gaming operations of Fintoto, RAY, and Veikkaus merge. The company will reinforce the Finnish responsible gaming system.

For the present, the company operates under the temporary name FRV Evo Oy. As of January 1, 2017, the new gaming company will be called Veikkaus. The new company will st
rengthen the responsible domestic gaming system. The company has a total of 1.9 million Finnish loyal customers.

In October, the FRV Evo Oy board appointed Olli Sarekoski as CEO of the new gaming company, effective January 1, 2017. Sarekoski has been working as Executive Vice President of Veikkaus, responsible for the company’s business operations, for the past eight years.

La Fleur’s Magazine recently interviewed Sarekoski on why the three Finnish gaming entities are being merged.

“The gaming monopoly system enjoys widespread support among Finns,” explained Sarekoski. “However, the monopoly system based on three gaming operators can no longer optimally respond to the demands of the gaming market, which is being digitalized and revised at a fast pace. The merger enables us to offer our customers more interesting games and better service. This way, the new company helps us to channel gaming towards domestic games that are legally operated and safe.”

Sarekoski stressed that the monopoly system is an efficient means of preventing misuse related to gaming and reducing the detriments of gaming. “The new gaming company will be able to develop better tools for helping problem gamblers to control their gaming by introducing a single player register. In addition to preventing gaming related detriments, we need to secure a steady and sustained development of profit. That is necessary in order to ensure the funding of thousands of NGOs promoting the wellbeing of Finns,” noted Sarekoski.

The merged firm will still be state-operated and controlled. “The new Veikkaus, which will start its operations at the beginning of 2017, will be a limited company entirely owned by the Finnish State with its operations supervised by the National Police Board working under the Ministry of the Interior,” noted Sarekoski.

The name and identity of the new company were designed on the basis of an extensive multi-stage consumer survey. “During the spring 2016, a total of 4,300 Finns took part in the different stages of the survey,” explained Sarekoski. “According to the survey, two out of three Finns feel that Veikkaus is a suitable name for the new gaming company. Finnish consumers are familiar with it and it represents security and responsibility.”

According to Veikkaus, several experts from all of the current gaming companies were involved in the planning of the consumer survey. Whilst looking for the best possible solution, the working group also explored the option of introducing a completely new name. However, the customers chose the old accustomed name, Veikkaus.

“The new company will be provided with an altogether new brand, visual image, and color scheme. At the present stage, the new gaming company’s text logo and symbol are ready. The symbol of the new company symbolizes the company’s positive impact on society, representing three cornerstones: good causes, humanity, and entertainment,” said Sarekoski. The new amalgamated Finnish gaming company should be more successful in competing against private operators. “We strongly believe that the merger of the gaming operators and the reform of the Lotteries Act will provide us with a good chance to offer our customers enhanced customer experiences by applying the ‘single-counter principle’. The game portfolio of the new Veikkaus will be really extensive, ranging from slot machines to toto games, from Lotto to web casino games. In addition, we will also be able to offer new types of games in the future, including virtual betting and combinations of different games,” said Sarekoski.

In calendar 2015, Veikkaus, RAY, and Fintoto generated a combined total of EUR 974 million of profit. “These funds were used in their totality to support Finnish health and well-being, culture, sports, science, and the equine industry.

In terms of the headquarters for the new Veikkaus, Sarekoski explained that “our objective is to have joint headquarters as early as the first quarter of the year 2017. We are currently negotiating a contract on the joint premises.”

The new Veikkaus will need to earn its position among Finns from the very beginning. The company will be operating on a market that is subject to digital competition. “We will need to be able to respond to that competition in a responsible manner in all respects,” said Sarekoski. “The new Veikkaus will be supporting the wellbeing of all Finns, including equine industry, in a broad-ranging sense. This means that the proceeds of the new company will affect the lives of almost everyone.

“The new Veikkaus wants to be actively involved in international cooperation, working to develop the gaming industry. Thus, we have applied for membership of the four international organizations: WLA, EL, ECA, and EPMA,” he added.