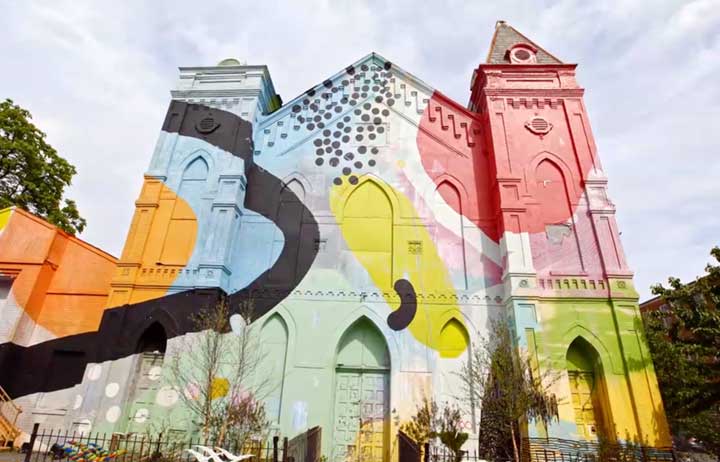 The District of Columbia is a place that is made up of distinct neighborhoods. In a continuing effort to be part of the fabric of the community, the DC Lottery is celebrating neighborhoods with 12 Neighborhood Scratcher tickets.

Each ticket carries MDB-created artwork that has a distinctive scene from the neighborhood it represents. As part of the program, a second-chance contest offers a chance to win $500,000 that can be used toward buying a home in The District. Additional new neighborhood tickets will be introduced in the fall.

MDB created a comprehensive advertising campaign to support the program, starting with a 60-second TV commercial that romanticizes The District.

“We wanted people to feel a sense of great pride about DC once they saw the commercial,” said Richard Coad, Chief Creative Officer with MDB. “It was important to capture the rhythm of the city and the things that really make this place cool. And we wanted to do it in a way that would ring true.”

MDB also developed twelve 15-second TV spots, one for each of the 12 tickets. They were designed to sell the benefit of playing the game, namely, a chance to win $500,000 in the second-chance contest.

According to Tracey Cohen, the Interim Executive Director of the D.C. Lottery, “We not only wanted to show people that we understand what our neighborhoods are about, but offer a chance to win money that they could use toward buying a home in their favorite neighborhood in DC.”

Highlights include the TV placement in the MLB All-Star Game, the U.S. Open, and in the fall the Washington Redskins/Giants game, and the premiere of Empire.