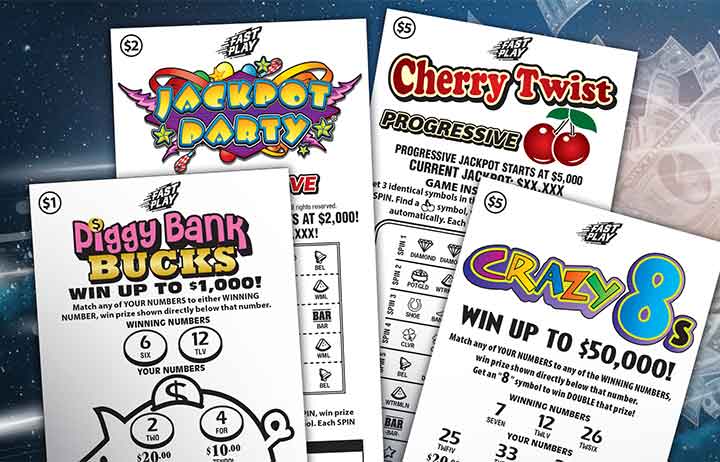 Teaching game mechanics will be key. “Our goal is to educate our player base and retailers alike on how to play this new game,” said Rogers. “It will be the largest push that we do all year from a marketing perspective.”

Last year, Arizona Lottery’s marketing priority was its $30 scratcher launch. “We are investing more into our marketing launch around Fast Play,” explained Rogers. “Digital is going to be a significant part of that. It’s not just about what we’re doing on social though.”

The lottery will pilot a retailer engagement program using how-to-play videos to get clerks up to speed on how the game works. “We want to train retail crew members about Fast Play. We are incentivizing them to watch educational videos every week. When they complete the video, they receive a code to enter into a contest to win a prize.”

The retailer program was launched the week of January 22 in advance of the mid-February game launch. “The reason that we wanted to go digital was simple. We know that retail employees don’t have access to a desktop computer during their work day but everyone has access to a smartphone. We thought the best way to engage them would be through the mobile platform. Retailers can use a desktop but the promotion will have a more mobile-friendly user interface,” said Rogers.

While the lottery’s online terminals can deliver videos, Rogers said “we didn’t want it to be disruptive to the workflow that is happening in the retail environment. We understand how incredibly busy it is for retailers and we want to respect that.”

The digital retail program launched one month before Fast Play’s sales commence. Three videos are training-oriented; one is a marketing video. “We’ll have videos released weekly for Fast Play that will instruct retailers on how to play the game, what types of games are being played, and finally, what our marketing rollout will look like,” said Rogers.

“It’ll be very interesting to see if it works,” reflected Rogers. “The challenge that we always face when you do something new like this from a retail perspective is how engaged are people going to be. Are they going to participate in it and will the message get all the way down to the people who see our customers day in and day out?”

It was also key to create training videos that are short and digestible. “One of the mandates that I gave to the agency is ‘let’s make these no longer than a minute to minute and a half so people can watch on their smartphone. That way if there is a shift change, they are not blocking up the terminal with a long line,” said Rogers.

The lottery has its territory managers pushing the message. They have been given sale sheets, speaking points and collateral to share. There are also incentives for the people in the store who are speaking with their employees to help promote the game.