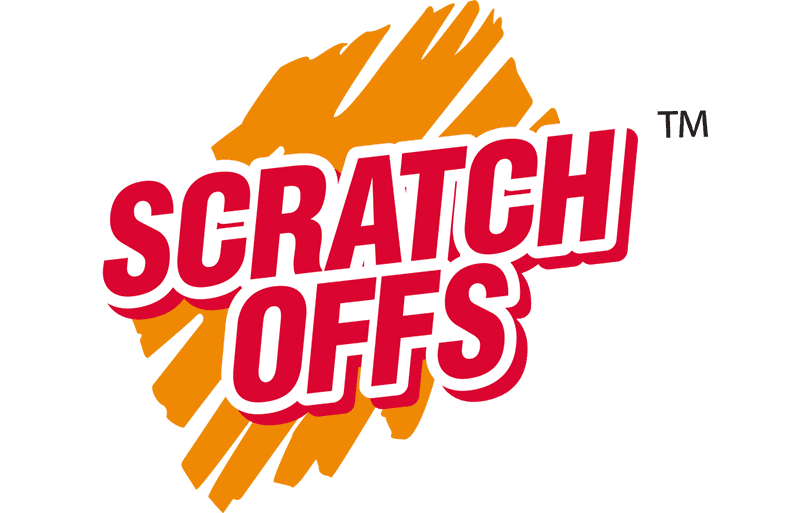 Arizona: “In FY20 we removed one of our $1 facings to accommodate a second $30 ticket. The resulting increase we saw at the $30 price point accounted for roughly 40% of our total growth for all Scratcher sales. Additionally, we offered a very successful Multiplier Family in July which outperformed the FY19 family by 38%,” said Mary Cimaglio, Senior Instant Games Manager, Arizona Lottery.

Colorado: “We had a lot of success with our family of games—Frenzy, Holiday, eXtreme, the $50 & $100 Blowout game at the $10 price point, and continued growth in sales at the $50 price point. All of our higher price points ($10, $20 and $50) experienced strong sales throughout the year with the $10 category showing the most growth,” said Todd Greco, Scratcher Product Manager, Colorado Lottery.

Florida: “A strategic approach in ticket pulsing at the $20 price point encouraged sales during the holidays as product life cycle efficiency was maximized for the second year in a row. The $20 $5,000,000 LUCK ticket began its life cycle in September with a cash-themed design, then transitioned into a holiday ‘skin’ in late October. This allowed us to inject the game into HOLIDAY LUCK family advertising through Christmas, before returning to its original pulse. Sales were up $45 million, or more than 74%, through the first six weeks when compared to the $20 game launched the prior year,” said Shelly Gerteisen, Director of Product, Florida Lottery.

Idaho: “Our best games during the year included two versions of Wheel of Fortune, a line-up of six holiday games at different price points and the launch of three $30 games. The innovative $10 Mystery Box Cashword has been successful with a 10-week index of 176!” said Joe King, Lottery Product Manager, Idaho Lottery.

Indiana: “We have historically been pioneers of Scratch-off innovation including diversification of our portfolio and price point progression. We have seen continued strength across our $5 and $10 price points, as well as premium price points including our $50 games. There isn’t any ‘single’ concept that impacted us in FY 2020,” said Melissa Pursley, COO and General Manager, IGT Indiana.

Iowa: “We plan to release instant-scratch games with unique printing techniques and die-cut shapes in FY 2021, which we anticipate will give the product category a new look for consumers. It’s part of our focus on continuous, strategic innovation,” said Mary Neubauer, VP, External Relations, Iowa Lottery.

Kentucky: “The scratch-off category as a whole clearly did well outperforming any prior year. It was the whole team and whole portfolio top to bottom that helped this milestone happen. I will say our Fast Play category was a bright spot for the year. We deployed this instant play terminal-generated category last year and it helped us meet the overall KLC sales goal for the year, which was key given that there were no substantial jackpots on the national games to help drive sales or even meet our quotas on those games,” said Edie Frakes, VP, Marketing, Kentucky Lottery Corp.

Maryland: “We feel there were several concepts that contributed to our instant sales in FY2020, most notably our $30 and $10 tickets, Rose Gold Black and Rose Gold. These are visually striking tickets with special features and are designed to be complementary products that are marketed together. Additionally, our three families of games (FOG) had a significant impact on our FY2020 sales. Our holiday-themed tickets launched in October; the Multiplier FOG launched in January; and the Lucky 7s FOG had a successful launch in May,” said Leslie Mitchell, Instant Product Manager, Maryland Lottery & Gaming.

Massachusetts: “Our licensed JAMES BOND 007™ ticket featuring an attractive second chance component performed very well, as did our Winter Ice holiday family and popular holiday-themed Blowout ticket. In February, we launched a $10 game—$4,000,000 Black Diamonds—with no break-even prizes that was an instant hit prior to the onset of the pandemic,” said Edward Farley, Chief Marketing Officer, Massachusetts Lottery.

Michigan: “Our $30 game, $4,000,000 CA$H, launched in February had the biggest impact. Exceptional $30 game performance is not a new revelation in Michigan as we have observed double digit growth for this price point for several fiscals now. What made this game a top performer was stellar prizing and packaging attributes. Beyond having multiple top prizes of $4,000,000, we were able to create a compelling prizing position for high-rollers, creating a secondary focus on prizes from $100-$300 making up over 50% of the total prize payout. We also used an eye-catching fluorescent green and yellow design on metallic foil,” said Travis Priest, Printed Products Manager, Michigan Lottery.

Nebraska: “The instant ticket concept that has had the biggest impact on our instant sales in 2020 is the addition of a $20 rotational game with an alternative prize structure which has a lower top prize and focuses on $1,000 winning experiences,” said Brian Grisenbrock, Products Manager, Nebraska Lottery.

New Jersey: “The introduction of the New Jersey Lottery’s first-ever Super Ticket had the biggest impact on Scratch-Offs sales in FY2020. Super 50’s first week sold more than four times the average for $10 games and more than three and a half times in its second week. Super 50 remained the best-selling Scratch-Off game for eight weeks, only to be replaced by a new $30 game that launched May 4, 2020. Super 50 significantly contributed to record weekly sales, making the week ended March 7, 2020, the highest week ever at $46.6M,” said Kristen Connelly, Product Manager, Northstar New Jersey.

New Mexico: “When we had to reduce the payout to 54% for all instant games, we reduced the top prize amount on most games. This allowed us to offer 20 to 100 top prizes in a game compared to one to four, resulting in many top prize winners. Marketing had just started promoting these games when COVID-19 hit. Despite a short campaign, it appears to have been successful and we began seeing many winners. We just launched a new ‘Thousandaires’ campaign to share the winner news with our players. Hopefully this will continue to keep players interested in these new games,” said Wendy Ahlm, Director, Advertising & Marketing, New Mexico Lottery.

North Carolina: “We had two concepts that had a big impact on our instant ticket sales, $5 Big Spin and a new $25 price point. The Big Spin game represented the first time that we created an instant game whose main purpose was to provide players with a more engaging game play experience. For the most part it was well received by our players who noted the increased anticipation as a key element in their decision to continue playing the game. We also introduced a new $25 price point, with prizes starting at $40. Extreme Cash launched as our first no-breakeven prize game (other than $50 or $100) and allowed us to create a unique value proposition and prize structure. Despite launching the same month of the COVID-19 outbreak in our state, the game performed on par with previous $30 games,” said Randy Spielman, Deputy Executive Director, Product Development & Digital Gaming, North Carolina Education Lottery.

Ohio: “We released a $10 game ‘$50, $100 or $500’ in January. This is a game that only offers these three prizes. In the six months on sale, it was our highest selling game for the fiscal year selling over $77 million,” said Ronald Fornaro, Instant Ticket Product Manager, Ohio Lottery.

Oklahoma: “The launch of our first $20 ticket ($250,000 Cash Explosion) had the biggest impact on our FY20 instant sales. It accounted for nearly 20% of our instant sales for the year and was only available for the last half of the year,” said Brandie Reisman, Director of Marketing & Administration, Oklahoma Lottery.

Pennsylvania: “We saw growth across many parts in our diversified portfolio, but the $10 price point was the star performer in sales and profitability. The most notable of that price point was the JAMES BOND 007™ game, a compelling licensed property in which we invested in specialty textured inks and an extensive cross-product line promotion with our iLottery JAMES BOND 007™ game. Our $5 Plus the Money game features the ‘Scratch My Back’ specialty printing technology and gives players an extra game on the back of the ticket. It is a big hit, and we are currently developing a follow-up game for September,” said Kara Sparks, Director of Products, Pennsylvania Lottery.

South Carolina: “We started the fiscal year with a very strong Monopoly Jackpot™ family of games that included an interactive second-chance rolling jackpot with a multiplier. We have continued to develop concepts for our oversized dispensers. One of our strategies this year was to use that merchandising space to put two $10 games, King of Spades and Queen of Hearts, which has a card game play style and features a second-chance promotion for $500,000. We followed that launch four months later with another introduction of an oversized ticket featuring the introduction of $500,000 top prize to the $10 price point and loaded it with $300 prizes,” said Ammie Smith, Senior Marketing & Product Development Manager, South Carolina Education Lottery.

Texas: “We’ve seen unprecedented sales in the past few months, so it is difficult to highlight one concept. Successful games for the Texas Lottery this year have been the Monopoly™ family of games which were offered at the $1, $3, $5, $10 and $20 price points. The $50 games, Premier Play and $1,000,000 Golden Riches, have seen amazing sales this year. And, the Loteria family of games offered at $3, $5, $10 and $20 continue to generate impressive sales levels for their respective price points,” said Robert Tirloni, Products Manager, Texas Lottery.

Wisconsin: “Though we found continued success with our Packers, holiday, and family of games tickets, there was not a new game in FY20 that specifically caused the increase. Our higher price points, including the relatively new $30 Crossword Line, were certainly a boost, but in the end, almost all games we offer, including at the $1 and $2 price points, saw increases this year,” said Wisconsin Lottery Director Cindy Polzin.