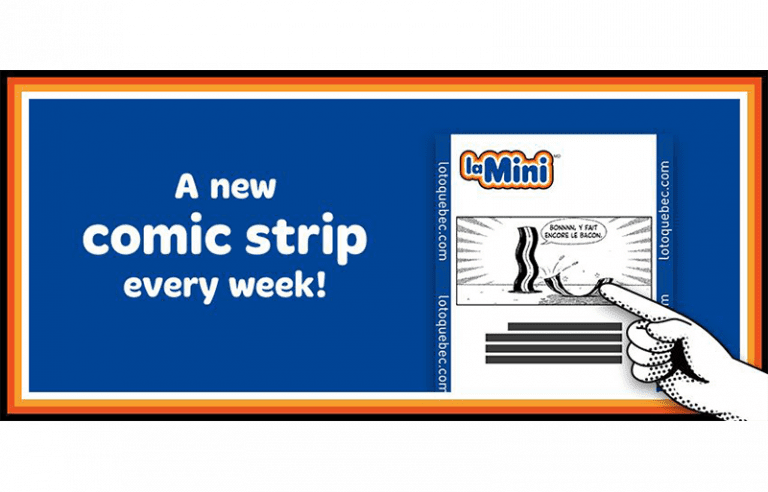 Fifty years after its launch, Loto-Québec’s draw-based lottery game La Mini got a brand new look. Did you know that La Mini was the second-ever lottery game that Loto-Québec launched? Its first draw was held on Friday, June 5, 1970. And La Mini had kept the same look ever since then.

In 2020, to mark Loto-Québec’s 50th anniversary, La Mini’s look was given a modern update, with a mini comic strip added to the tickets. Loto-Québec launched a major advertising campaign last summer, and created engaging social media content that generated a lot of interest. The lottery increased consumer awareness by posting, in two separate instances on Facebook, three partially blank mini comic strips and asking players to either guess the joke or come up with a joke for each one. Internet users had the chance to win 50 years’ worth of La Mini tickets and have their funny comic strip printed on the tickets.

“All posts were a success, earning a high engagement rate (5%), and we received a total of 2,500 jokes! The impact on sales was also substantial: after 35 weeks, the brand overhaul and advertising campaign generated a 29% increase in sales compared to the same period the year before,” said Janie Thériault, Director of Integrated Marketing Communication, Loto-Québec.

La Mini still costs 50 cents, the same price as when it first launched, and still gives players a shot at the same $50,000 grand prize.