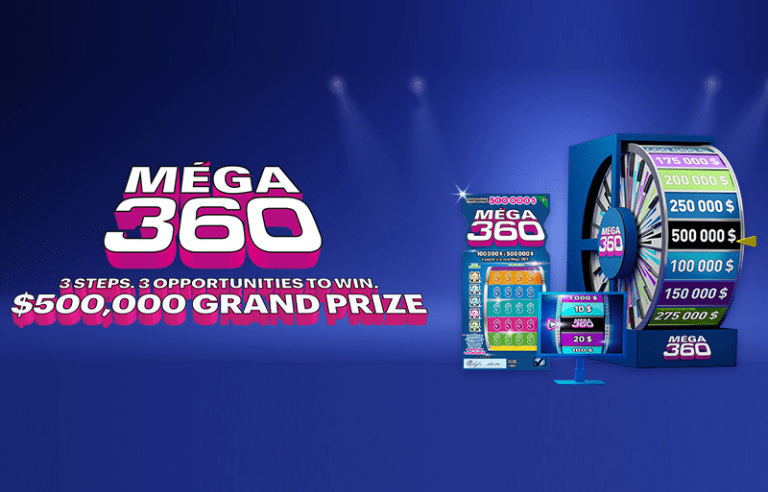 Loto-Québec spins out a new product called MEGA 360 in September. The ticket is available both online and at the retailer for $5.

It’s a first for Loto-Québec, but not for several lottery corporations. “OLG launched the original The Big Spin, followed by WCLC. They both had tremendous success with this strong brand,” said Anne-Marie Voyer, Director of Products & Development at Loto-Québec.

In terms of estimated first-year sales, Voyer reported “the product, available both at retail and online, will be on sale for a total of 26 weeks. We have an objective of roughly $600,000 weekly sales and $0.07 per capita. This is a strong budget, but we are confident the product has what it takes to reach it.”

In this year’s line-up, MEGA 360 will be the star back-to-school product for this quarter. “This will be a ‘360’ launch featuring all the ingredients for success. This is a ‘brick & click’ game, available both at retail and online (multichannel). MEGA 360 will benefit from a strong sales program and a proactive RP approach.”

Voyer said there will be a mass advertising campaign (including TV spot and POS material), as well as teasers previous to launch. “We created an explainer video (tutorial) that will be available on our website’s product page. We will also create and diffuse stories around our winners as soon as they come to spin the wheel. That content will be pushed on TV,” she added.

The wheel will be located at Loto-Québec’s head office. “This will be a permanent residence for it, since the web capsules (draws) will be filmed in our offices,” said Voyer.

In terms of publicizing on the lottery’s social channels, Voyer said MEGA 360 “won’t have a page on its own, but will be promoted through our lottery platforms (organic and paid + teasers). We will push the draw capsules (web) on the lottery page as well, through promoted posts. Our draw host will be very active on social media as well.”

Loto-Québec already sells a product featuring a very famous wheel, so it decided against The Big Spin name. Roue de Fortune is very different from MEGA 360. “So in order to differentiate the two products, we chose to go on a very different path. We selected MEGA because it describes what the prizes on the wheel represent (big money) and 360 (for obvious reasons),” said Voyer.