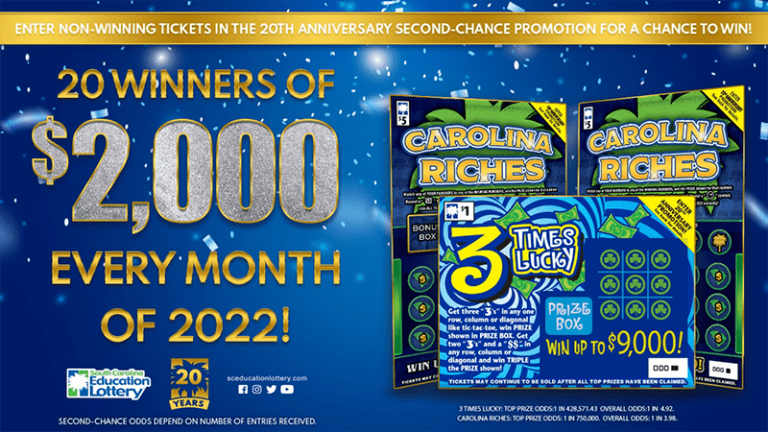 South Carolina Education Lottery (SCEL) launched its 20th Anniversary Campaign in January. “Each month we will launch either an updated throwback ticket or a South Carolina themed ticket. All games that launch during 2022 that are flagged are part of the 20th Anniversary Promotion. These games will be eligible for the monthly drawings,” said Ammie Smith, Director, Product Development, SCEL.

SCEL will award 20 winners with $2,000 each month. As part of that campaign, on May 31, 2022 the Carolina Gold multipler FOG will launch on May 31. “We are really excited about the year long promotion we are doing with our 20th Anniversary. Since we do not have an official loyalty program, this gives us the opportunity to engage with our players all year long and across all price points,” she said.