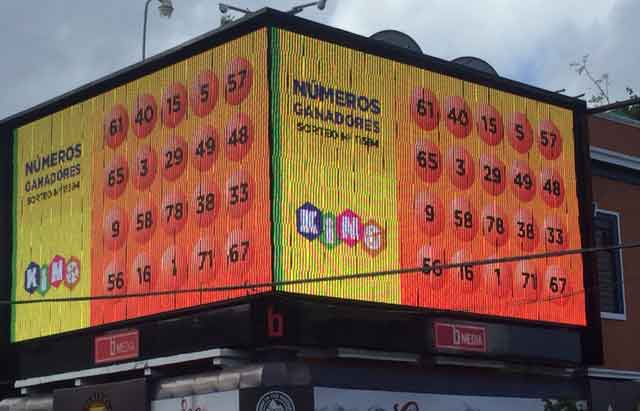 An island of 3.5 million residents, the U.S. territory of Puerto Rico is best known as a popular Caribbean vacation destination with miles of beaches and loads of history. But one of Puerto Rico’s economic bright spots is the vibrant $800 million lottery industry. Loteria de Puerto Rico sells the traditional passive ticket. In 1990, the government created Lotería Electrónica de Puerto Rico to sell numbers games through computerized terminals operated at local businesses. The original product was a numbers game called Pega. Next Loto was launched, followed by Powerball.

In December 2016, Lotería Electrónica kicked off sales for Kino, a 4-minute fast draw keno game. “As part of the Lottery’s systems technology conversion, we launched a pilot to introduce Kino to the market in November 2016,” explained Patrick McHugh, SVP, Global Lottery Systems for Scientific Games. “The official launch was December 21. Kino is played in social environments here, just like in the mainland U.S. Scientific Games is installing monitors as part of Lotería Electrónica’s plans to offer Kino in 500 locations.

“The systems conversion we implemented for Lotería Electrónica de Puerto Rico was part of a long-term strategic growth plan that included integrating our draw and instant game technologies so that our products are more convenient for our retailers to sell, more accessible to our players, and more efficient for the Lotería Electrónica to manage,” said Víctor Pizarro Núñez, Assistant Secretary of the Puerto Rico Lotteries. “Scientific Games’ conversion went live with great success, and this is an important step forward to support our growth in the coming years.”

Scientific Games also launched its single ticket accounting program for instant games in Puerto Rico as part of the conversion. “The Lottery wanted a better way to manage instant games accounting and improve security,” McHugh said. “We introduced this technology with some of our European customers, and this is a first in the U.S. lottery market. More and more lotteries are looking for this technology.”

As part of its new systems contract, Scientific Games provides its Cooperative Services Program (CSP) for instant game management to Lotería Electrónica. Instant game per capita sales for U.S. lotteries using CSP are 40% higher than lotteries operating other solutions. Integration of instant game management services is key to growth and accountability for Lotería Electrónica. “Both the legislature and the treasury were looking for ways to regulate the instant game market,” McHugh said. “Although instant tickets have been sold for many years in Puerto Rico—generally as charity games—they were not tightly controlled. Single ticket accounting will improve the product’s marketability.”

“Instant games are still in their infancy, but growing. Puerto Rico is primarily a draw market, and this is fairly common throughout the Caribbean and Latin America. Players like to pick their own numbers; it is just part of the culture,” McHugh said.

“We also launched self-service for both draw and instant games in Puerto Rico,” McHugh said. “Importantly, this opens new retail channels. The Lottery’s games are now available at 21 Walmart Super Centers through our PlayCentral® self-service terminals.”
There are 2,000 lottery retailers on the island. “Like the mainland U.S., there are lots of independent shops,” McHugh said. “In addition to grocery and convenience stores, there are places like bakeries that sell lottery games. These environments tend to be social environments and are culturally important. Street vendors also sell the traditional lottery’s passive tickets in these locations in Puerto Rico.”

Since switching to Scientific Games in 2005, Lotería Electrónica has grown into one of the top 10 performing lotteries for per capita draw game sales, with a 55% increase in annual retail lottery sales and a 70% increase in annual revenue generated for the Commonwealth.
“Despite challenging economic conditions, Lotería Electrónica has a very strong brand in Puerto Rico and offers players one of the top-performing game portfolios in the industry,” McHugh said. “Scientific Games is honored to be a trusted partner in their remarkable success. We appreciate the continued confidence in our games, innovative products, technology and services to maximize profits for Lotería Electrónica and their retailers.”