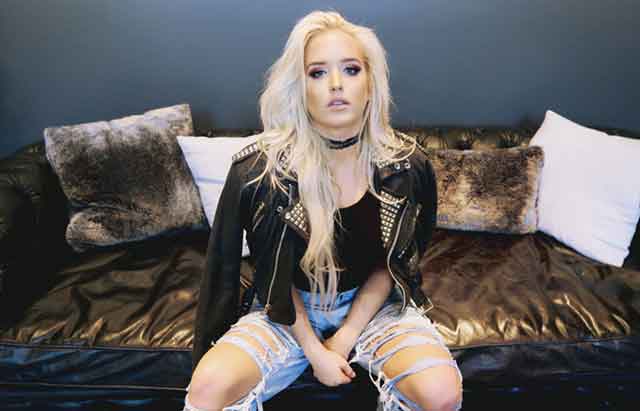 Alchemy3 has announced the three concerts to be featured on the Power Cruise, which sets sail in January 2018. There are 25 lotteries across the United States and Puerto Rico offering Powerball players a second-chance to win a trip for two on a privately chartered, five-day cruise through the Caribbean.
There will be private concerts by the Goo Goo Dolls, Flo Rida and Macy Kate.

Flo Rida will be taking the stage in Tampa, Florida to kick-off Power Cruise. He will be joined by internet sensation, Macy Kate. Kate garnered her enormous following on her YouTube channel macykatemusic when her cover of the Imagine Dragon’s song “Radioactive” went viral with almost 26 million views.

“Once we decided to incorporate musical talent into Power Cruise, it became imperative to have diverse acts that could entertain all generations,” said Alchemy3 CEO Paul Guziel. “By combining the Goo Goo Dolls with Flo Rida, we are confident that Powerball players will enjoy multiple exciting acts aboard Power Cruise.”

“The bands are a big part of our Fear Of Missing Out or FOMO strategy,” said Kansas Lottery Executive Director Terry Presta, who serves as Chairman of the MUSL Marketing Committee. “Power Cruise winners and their guests will not only enjoy great original shows by Royal Caribbean Productions, they’ll also be treated to up close and personal VIP concert experiences featuring the iconic rock band Goo Goo Dolls, rapper Flo Rida and Macy Kate. These are big name, high energy acts that will especially appeal to millennials and provide more incentives for players to try to win these once-in-a-lifetime prizes for lottery winners only. We think the opportunity for winners to win big money onboard the ship will be another great draw—the excitement will just keep coming.”

Flo Rida is an American rapper, singer and songwriter from Carol City, Florida. His 2008 breakout single “Low” was number one for 10 weeks in the U.S. and broke the record for digital download sales at the time of its release. Flo Rida has sold more than 80 million records worldwide and is considered one of the best-selling music artists. His catalog includes the international hit singles “Right Round,” “Club Can’t Handle Me,”“Good Feeling,” “Wild Ones,” “Whistle,” “I Cry” and “My House.”

Goo Goo Dolls created some of the most memorable musical moments of the ’90s with such chart-topping hits as “Name,” “Slide,” and acoustic ballad “Iris,” which spent 18 consecutive weeks at No. 1 on Billboard’s Hot 100 Airplay chart and remains one of the biggest crossover hits in the history of popular music. Having formed the Goo Goo Dolls in Buffalo, NY, in 1986, John Rzeznik and Robby Takac spent their first decade traversing North America in a van and bringing their raucous brand of melodic punk rock to college kids and winning over small but enthusiastic crowds of fans. They released a series of albums before breaking through commercially. The band’s newest album is Boxes.

For Macy Kate, 2015 was a whirlwind year that started strong and never let up, from world touring with Google to new music releases and her many tier 1 brand deals, the 19-year-old pop singer/songwriter headed out on the road with YouTube stars Bethany Mota and Kurt Schneider for the YTFF Tour Asia. They traveled the world through cities like Toronto, Singapore, Manila and Jakarta and Macy landed her first single release “iH8 That” as an independent artist and garnered over 1 million views on YouTube to wide acclaim and praise for its catchy lyrics and melodic gutsy rock vibe, right after her teen self esteem song dropped featuring Meghan Trainor “You Gave Me Love”.

Some will use how to play video link on the promotions page of their websites. They will also promote heavily on Facebook and Twitter.

“The Powerball tickets themselves have a QR code and ticket messaging to promote the promotion. If players purchase Powerball with Power Play, a promotional voucher will print, giving players a bonus entry,” said Presta.

Beyond the 2018 Power Cruise, MUSL is “already working on followup promotions,” said Presta.”Obviously, we wish to glean data from this promotion, including onboard interviews, but the committee hopes this is the first of ongoing promotions that will help strengthen the Powerball brand, already one of the strongest brands in the country.”
“We have a great product with a high margin,” added Presta. “Rather than just relying on earned media when jackpots rise to high levels, it is incumbent upon us to actually market our product and build awareness all the time, regardless of jackpot level. At least, this is what we are attempting to do. Can we make casual or non-players regular players? I think so.”