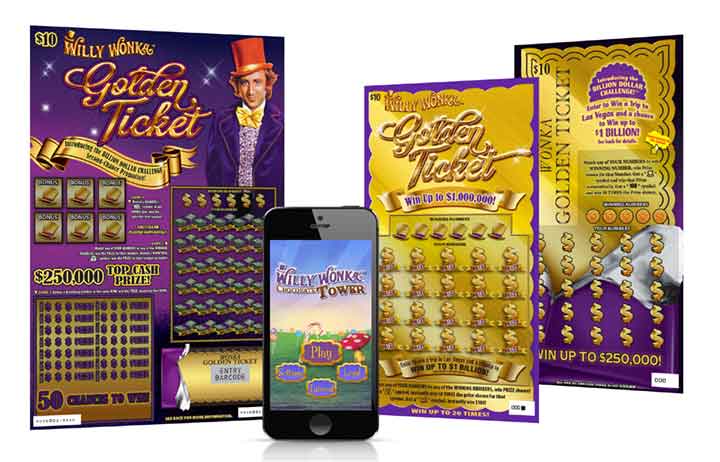 Scientific Games announced that it has created a multi-state linked game with the largest prize opportunity for a linked lottery instant game in U.S. history.

The WILLY WONKA GOLDEN TICKET™ game is launching initially in 11 U.S. states. The “scratch” game offers players the chance to win prizes instantly plus a bonus second-chance opportunity to win trips to Las Vegas where lucky second-chance players will take part in the WILLY WONKA™ BILLION DOLLAR CHALLENGE™ event to win cash prizes from $1,000 up to $1 billion.

With sales off to a strong start, the Texas Lottery was first to launch the WILLY WONKA GOLDEN TICKET™ game in March, followed by the Georgia Lottery and Kentucky Lottery in April, and the Colorado Lottery and Maine State Lottery in May. In addition to the 11 lotteries set to offer the game to their players in 2017-18, a number of other lotteries are considering adding the game to their portfolio.

“We are thrilled that one lucky player is going to get a shot at winning up to a $1 billion in the BILLION DOLLAR CHALLENGE™. We have been exploring the billion dollar prize concept for some time, and we believe the wonderful world of WILLY WONKA ties in perfectly into this large prize opportunity,” said Jim Kennedy, Group Chief Executive, Lottery for Scientific Games.

“The WILLY WONKA GOLDEN TICKET™ game has two great elements —a GOLDEN TICKET and the BILLION DOLLAR CHALLENGE™. Like the iconic film, the game emphasizes life-changing opportunities,” Kennedy said. “The game has been extremely well received by both state lotteries and players here in North America.”

Scientific Games offers a full media package for the WILLY WONKA GOLDEN TICKET™ game, including TV and radio ads, retail point-of-sale materials and websites. Lotteries can select from several styles of branded game art, and have the flexibility to offer the game at the $5-$20 price point. The majority of participating lotteries plan to launch the game at $10.
The Texas Lottery opted to offer their game as a $10 super-sized ticket (12” x 8”) featuring three separate games.