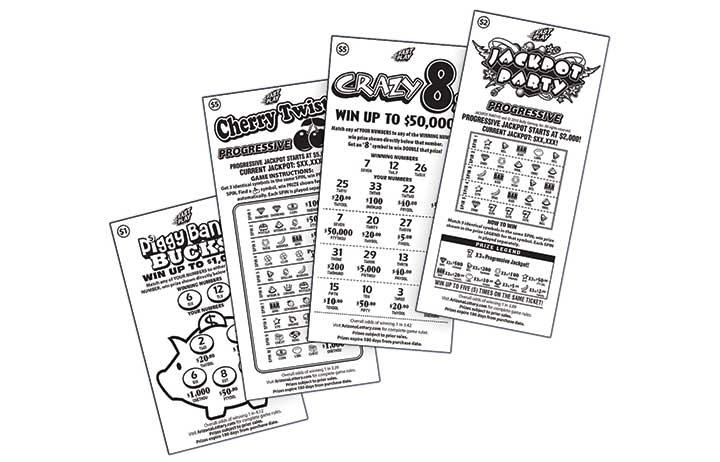 Combining the simplicity of print-on-demand games with the immediate excitement of “scratch” games, the PlayNow Games offer instant win games at varying price points, play styles and prize structures. In Arizona, the Lottery branded their games as Fast Play.

“We’ve received a tremendous response from players since rolling out our Fast Play games, said Gregg Edgar, executive director of the Arizona Lottery. “In March, the second month we offered these games, we set a Lottery sales record with more than $100 million in total revenue. Generating more than $4.4 million in retail sales since launching, Fast Play games are one of the major contributions to this success.”

PlayNow Games with higher price points offer bigger payouts and more opportunities to win on a single ticket to increase game value. The games can be tailored to a variety of playstyles and themes including Beat the Dealer, Add Them Up, Grids, Match 3, Number or Key Symbol Match, Bingo, Crossword and Casino themes.

“The versatile format of our PlayNow Games empowers our lottery customers to extend the scope and reach of our more than 130 proprietary or licensed branded games,” Badger shared. “For example, we extended our popular Jackpot Party® digital social game into the lottery vertical when the Arizona Lottery launched it as one of their PlayNow Games.”

The real flexibility of PlayNow Games is the unique ability to accommodate smaller virtual ticket pools. Lotteries can quickly trial new games, themes or even retail locations without the time or cost commitment required by more traditional lottery products.

The games can even be purchased from Keno retail locations through compact self-service vending machines, where retailers have traditionally been hesitant to offer pre-printed instant games.

“Interestingly, we’re also seeing impressive sales from self-service vending locations, which proves this style of game is growing in popularity and gaining momentum. We expect lotteries to launch more PlayNow Games in the next year,” said Badger.