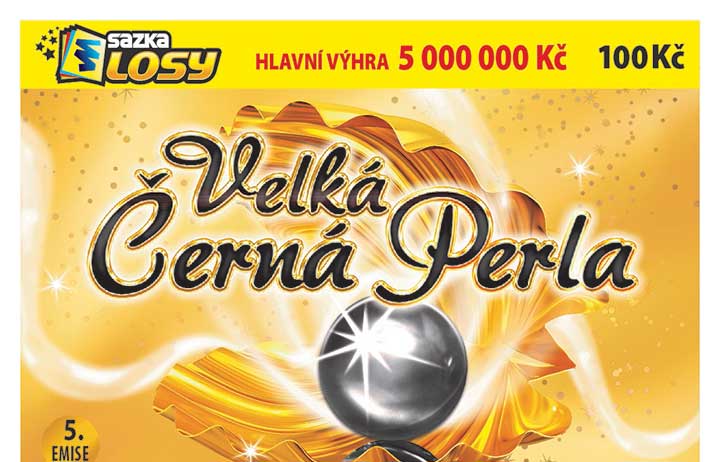 For example, both tickets are differentiated from the rest of the portfolio by brand, price, theme, play style, payout percentage, prize allocation, callouts, and graphics.“Rentier and Black Pearl do not cannibalize each other as they have different propositions and attract different players. They also attract non-players to the category. Rentier is appealing to young players, while Black Pearl is the scratch card for women, and for various gifting occasions.”

Originally, SAZKA launched Super Rentier for 100CZK. “Later, when the concept of an annuity game proved to be attractive for the players, we extended the game into 50CZK and 200CZK to create a family of Rentiers,” explained Nováková.

IGT supported SAZKA by providing guidance on best practices for pricing. “To launch Black Pearl for 50 CZK was IGT´s suggestion; we adapted an existing design,” said Nováková.
This ticket went on sale in 2014. “A year later we extended the game into 100CZK with Big Black Pearl, and almost two years later we launched the 200CZK Maxi Black Pearl,” said Nováková.

In 2017, the Black Pearl family represented 21% of SAZKA’s total scratch sales “but the 200 CZK Maxi Black Pearl, to complete the family, was [only] launched in November 2017,” said Nováková.

Families of scratchers benefit from a strong marketing and retail program. “We started with POS visibility and small print and online campaigns,” she noted. “A year later we added short tactical TV spots. Now we run 360 campaigns, including strong TV image ads for Rentier. Black Pearl is supported with tactical campaigns linked to the special occasions like Valentine’s and Mother’s Day.”