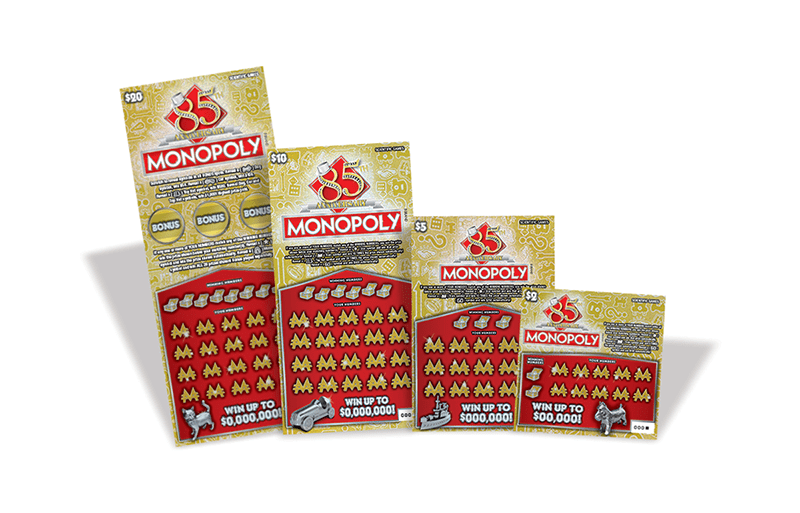 Millions of people around the world have “passed GO” playing the iconic MONOPOLY game since it launched in 1935. The creator of the game based it on Atlantic City, New Jersey, so it’s not surprising that decades later MONOPOLY would become the No. 1 selling brand for lottery instant games, entertaining millions of players who love “scratching” to see if they’ve won prizes. In recent years, the brand has moved seamlessly to digital lottery games.

“Hasbro has done a fantastic job of keeping the brand relevant and in the news with new features and new, creative versions of the game issued continually,” says Kyle Rogers, EVP and General Manager of Scientific Games Licensing.

MONOPOLY is by far the top-selling brand in Scientific Games’ portfolio of licensed brands, the largest in the gaming industry. Possessing that rare cross-channel appeal, the brand is a perennial high-performer for lottery, casino and digital gaming products.

“Everyone knows MONOPOLY, it’s part of a cross-generational culture,” he shares. “The MONOPOLY game imagery is well-recognized and associated with money, and the game has a nice collection feature that translates well to lottery games and to second chance digital promotions.”
In 1996, the Florida Lottery launched its first MONOPOLY themed game, and since then MONOPOLY games have become a staple in its instant game portfolio, generating more than $5 billion in Scratch-Off sales.

“Much of that success is attributed to the fact that MONOPOLY is a nostalgic, global brand familiar to almost everyone, including both new and existing lottery players,” echoes Shelley Gerteisen, Director of Product for the Florida Lottery. “The fun and winning that everyone remembers from the classic MONOPOLY game make it a perfect fit for the lottery category, where we try every day to capture the essence of those experiences within our products.”

MONOPOLY by the numbers in the last five years:

Rogers says players enjoy MONOPOLY lottery games so much that the brand has inspired additional extensions based on other MONOPOLY editions such as MONOPOLY JACKPOT and MONOPOLY MILLIONAIRE.

MONOPOLY has performed particularly well as a family of instant games. Scientific Games has introduced various iterations including multipliers as well as a rolling jackpot. As MONOPOLY celebrates its 85th anniversary in 2020, the brand is off to a strong start with nine lotteries on several continents launching games in quarter one of calendar 2020.