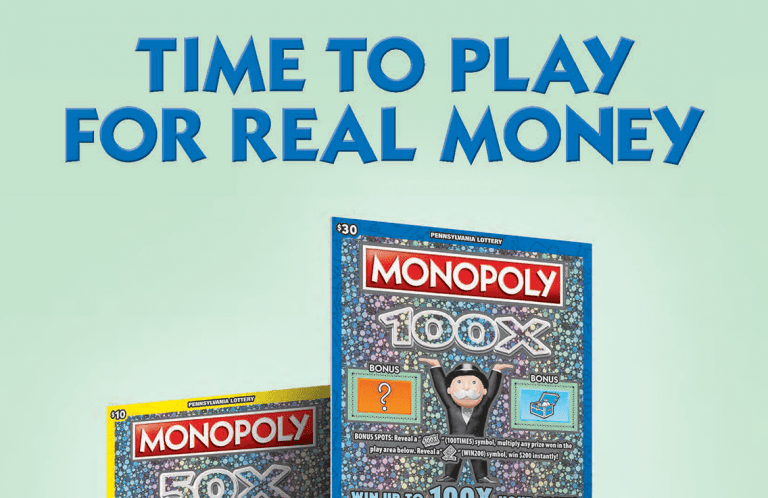 The Pennsylvania Lottery is launching one of its biggest family of games ever in March and April. It includes scratch and terminal-based instant games plus Keno.

On April 1, the lottery’s MONOPOLY™ internet instant game will launch online with a classic key number match play style, Free Parking autowins, and Chance and Community Chest instant win features. “The GO symbol activates the Board Bonus Game where players move around the MONOPOLY™ game board to collect property cards for a chance to win a prize,” said Sparks.

“Each game focuses on an iconic MONOPOLY™ theme from Chance and Community Chest, Game Tokens and Free Parking, Electric Company and Water Works, and rounding it all out with the Railroads. When the Fast Play games launch, a MONOPOLY™ branded Keno screen will also launch. The screen will promote the eight traditional games while using the Electric Company branding to select the winning numbers,” said Sparks.
Non-winning tickets for all four Scratch-Off games and all four Fast Play Games are eligible to be entered into the MONOPOLY™ Second-Chance Drawing from the Pennsylvania Lottery.