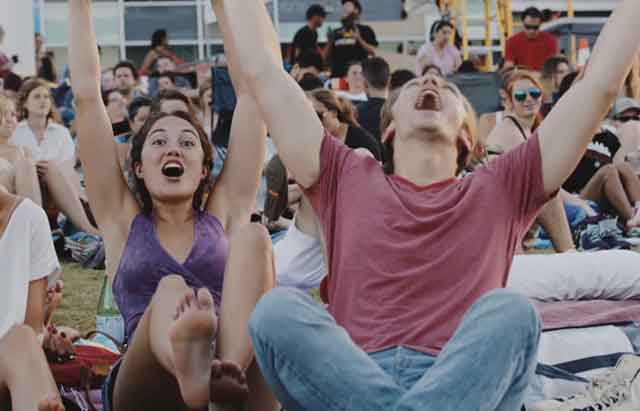 La Fleur’s Magazine announced the three lotteries which won the 2016 Conclave Fleurry Best Lottery Event Awards at its La Fleur’s 2016 Lottery Conclave & Interactive Summit in Austin, Texas. They were: Hoosier Lottery, Minnesota Lottery and Texas Lottery. Trophies were presented to all three lottery organizations on the first day of the conclave.

La Fleur’s Magazine used its database of 5,100+ subscribers worldwide to send out the link whereby lottery professionals could vote on their favorite ads. It is the People’s Choice Awards.

Event Description: “We have been expanding our social and digital media efforts at the Minnesota Lottery and finding ways to incorporate those channels into events. The VikingsShipMe event utilized our partnership with the Minnesota Vikings, iHeart Media and Periscope ad agency to engage Vikings fans—online, on air and at training camp,” said Vicki Holets, Marketing Manager, Minnesota Lottery.

“Our strategy was to generate pre-event awareness via billboards, social media and radio, which continued throughout the day of the event. We needed a unique activation at training camp that tied strongly to the Vikings brand. An actor clad in a Lottery-ticket-vest, sporting Viking horns, and delivering prizes via a cooler-scooter adorned with a lottery flag, was the perfect solution. There were 1,104 hashtag usages, 857,000 impressions the day of the event and 1,026,101 impressions from the video that followed,” added Holets. “We wanted to position the Lottery as an entertainment option for sports fans and showcase our new Vikings scratch ticket. The event exceeded our engagement goals and helped launch one of our best-selling $5 scratch games!”

Texas Lottery
Event Description: “The Sound & Cinema music and film series was a great way to introduce millennials to the Texas Lottery. It was a fun, free community event that allowed the Lottery to become part of a memory-making summer tradition. The series was incredibly well received. Austinites voted it their favorite event of the year on Do512.com,” said Andrew Leeper, Brand Strategy Coordinator, Texas Lottery.

Sound & Cinema is classic movies paired with live bands, a free, outdoor summer series on the Long Center lawn. It is co-produced by Do512 and Alamo Drafthouse.
“Music is the #1 most important medium in people’s lives,” stated Leeper. “Make music experiences shareable.”