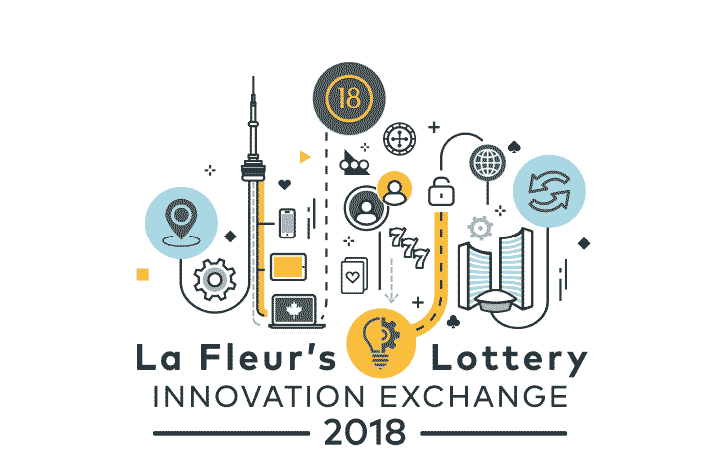 La Fleur’s 2018 Lottery INNOVATION Exchange will be held June 26-28, 2018. The conference will be held at the Ted Rogers School of Business on the Ryerson University campus in Toronto. Ontario Lottery & Gaming (OLG) is the VIP Host Lottery Jurisdiction.
The 2018 theme is “Modernize or Die”—the necessary evolution of our industry to meet the changing expectations of customers and to compete in an increasingly digital world.

The program features a dynamite lineup of external speakers and lottery all-stars who will shine a spotlight on the challenge to remain relevant to the modern customer and how we must innovate the customer experience to protect and grow our business.
Speakers from Europe and North America will converge to discuss key themes including:

Guest speakers from the following market leading companies will share success stories on how they radically adapted their business models to attract the next generation:

CINEPLEX: George Sautter is Cineplex’s Senior Vice President of Corporate Development & Strategy. Sautter has worked for more than 30 years in the motion picture theatre exhibition, retail, food service and hospitality. He previously served as the SVP of Merchandising and Strategic Planning where he led the company’s Food & Beverage and Family Entertainment Centre (FEC) business units as well as strategic planning across the organization.

ENTERTAINMENT ONE: Laura Mingail is Senior Director, Marketing & Business Development for eOne. Mingail is an award-winning marketer, product innovator and VR/AR advocate. She has helped to build multiple VR and AR initiatives to drive consumer engagement and sales, such as the development of the VR/AR strategy for the ecosystem of businesses under one of Canada’s leading entertainment companies, Cineplex Inc.

GONE GYPSY GAMES: Founder Tom Long is a versatile, award-winning educator, game designer, and game developer with more than 20 years experience resolving design and production pipeline issues. He is an advocator of those solutions via game industry lectures and publications.

IPSOS CANADA: Rob Myers has been President & CEO of Ipsos Canada since July 2015 with responsibility for the company’s activities across its five specializations and a broad range of clients. Myers brings a wealth of international experience having started his career with PwC in Canada and then moving on to various strategy roles at American Express, United Business Media and Aegis Plc in London, U.K.

NBA CANADA: As Vice President and Managing Director of NBA Canada, Dan MacKenzie is responsible for the development and growth of the league’s business in Canada through the platforms of television and digital media, marketing and retail partnerships, licensing, special events and basketball development. Under MacKenzie’s leadership, both the popularity and business of the NBA are at all-time highs.

GOOGLE CANADA: Eric Morris is the Director of Google’s Retail practice in Canada. Morris has held several leadership roles at Google Canada, leading sales, operations, research, strategy and analytics for Google’s advertising business. In 2016, he was named inventor and issued a patent in the United States for identifying rising search queries and trends at scale for advertisers worldwide.

TORONTO BLUE JAYS: Andrew Miller joined the club in May 2016 and oversees the business side of the Toronto Blue Jays, partnering with other members of senior leadership to create and implement organizational strategy. Prior to joining the Blue Jays, Miller was in his 11th season with the Cleveland Indians and his fourth in the role of Senior Vice President of Strategy & Business Analytics.

UNIVERSAL MUSIC: Music and culture have been at the center of life for Dave Harris in his 20 years in business. Starting out as most young rebels playing in bands with his friends to now founding and leading a culture based creative agency and production company called Shed Creative Agency. Acquired by Universal Music Canada in 2015, Shed acts as their in-house creative shop and content agency working with artists and consumer brands to build authentic collision points that entertain and engage fans.

Toronto is ranked the best city in the world, according to The Economist, and is the fourth-largest city in North America, after Mexico City, New York City and Los Angeles. It is centrally located between New York City, Chicago and Montreal, and is within a 90-minute flight for over half the U.S. population. It is an ethnically diverse urban center with world-renowned food, culture and history.