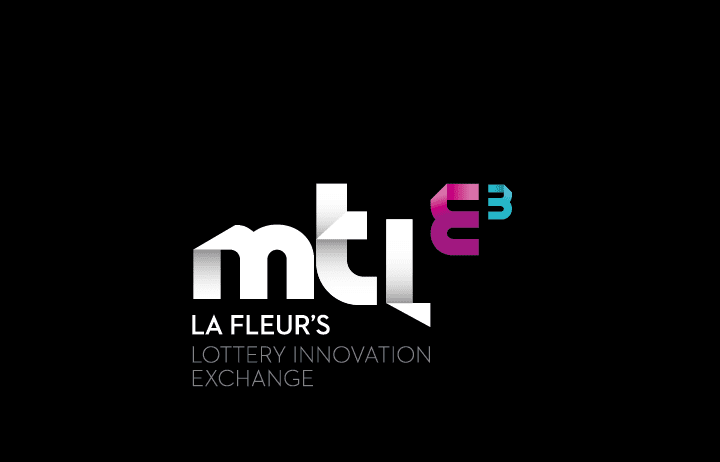 La Fleur’s 2019 Montreal conference will be held June 25-27, 2019 at the University of Quebec at Montreal (UQAM). Our lottery co-host is Loto-Québec. The theme for La Fleur’s 2019 Lottery INNOVATION Exchange is “3 Es: Entertainment, Experience, Emotion.” The topic of innovation will be approached by focusing on the consumer and its relationship to the competitive entertainment business. The program will feature a dynamite lineup of external speakers.

Their bios follows below:

ο Julia Cyborian will present “From Disruption to Evolution: How taking a consumer-central approach to the mice industry will drive success.” A brand and marketing executive with 15 years of experience, Cyborian has carved out a niche as a digital marketing thought leader and storyteller. As C2’s vice president of marketing and audience, she is responsible for growing the brand’s global audience across all channels, driving conversion and enhancing brand awareness and equity. Cyborian began her career in media and publishing. As Canada’s very first multi-platform editor-in-chief, she paved the way for tremendous print, digital and social media growth in each of the brands she oversaw. She has created more than 120 magazine covers and launched several websites, apps and social media accounts.

ο Hugo Fournier is Director, Lead Strategy, Cossette. His presentation will spotlight the “art of creating unexpected connections to build modern entertainment experiences people love.” After completing a master’s degree in business administration, Fournier started his career at Cossette. Following this first work experience, his passion for marketing communication brought him as far as to the United Arab Emirates where he helped brands like Toyota and Lexus to find a relevant voice in their market. At Cossette, he’s eager to find solutions and ideas to renew the lottery experience so it can earn a bigger part of the entertainment culture. To do so, he believes that creativity and popular culture are two powerful and unavoidable levers that are shaping the future of the industry.

ο Anthony Palermo is the Co-Founder and CEO of Connect&GO. His presentation will spotlight “Experiential Entertainment: Participative Demonstration.” Connect&GO is a global leader of guest experience technology solutions for the leisure, sports and entertainment industries, offering premium RFID systems for Smart Ticketing, Access Control, Cashless Payments and Experiential Activations. Palermo has led tech teams to deploy some of the largest RFID experiential activations for brands like VISA, Pepsi, HBO, Amazon, Target and Honda at some of the biggest events in the world including the Super Bowl, the Olympics and SXSW. Today the company’s focus on amusement parks, resorts and attractions has led to be listed as the 9th Fastest Growing Technology Company in Canada on the 2018 Growth 500 and a winner of numerous technology innovation awards.

ο Karine Poirier is Director, Business Development, Sponsorship at Equipe Spectra. She will discuss “MTL Jazz Festival—Creative Process.” Poirier has been on the Montreal cultural sponsorship scene for almost 15 years now. She first made her mark as Director of Sponsorship for fashion festivals and events. As a true goal oriented saleswoman, Karine then distinguished herself in her role as Business Development Director at L’Équipe Spectra where she developed new sponsorship pillars for the Group. Before starting her career in Sponsorships, she was a teacher. Her deep desire to help others coupled with her real pedagogical skills make her a true positive leader. In teaching just like in sponsorship, Poirier has put people at the center of her decisions to ensure the sustainable development of her business relations. It is precisely her honest and shining personality that led her where she is today.

ο Morten Eriksen was named CEO of Lottery Entertainment Innovation Alliance (LEIA) in September 2018. It is a joint venture company between Danske Lotteri Spil, Française des Jeux, Norsk Tipping and Veikkaus. The LEIA partners share resources in order to build a wider and efficient digital gaming offer, allowing these lotteries to address some of the common main challenges in the digital space, and foster open innovation. Eriksen’s presentation will focus on “Lottery Drivers for Establishing the LEIA.” Previously he held an EVP position at Norsk Tipping responsible for the distribution department and company digitalization. Ericksen also has more than 20 years broad international experience from the telecom industry.

ο Since June 2015 Ludovico Calvi is a Member of the Global Lottery Monitoring System Executive Committee and since June 2017 elected President. He will discuss how sport betting is a tremendous vehicle for innovation and enhancement of a new and more engaging gaming customer experience. Since May 2015, Calvi is a Member of the American Gaming Association Sport Betting Task Force. He is also supporting the Oregon State Lottery with the launch of their sports betting operations. From 2006 to 2016, Calvi was Head of Betting and since 2009 CEO of Lottomatica Betting Ltd. From May 2013 he was Vice President, Product Marketing Betting at GTECH Plc and from April 2015 until August 2017, held the position of Senior Vice President Global Product Marketing Betting at IGT. Earlier in his career, he worked for Sisal (Italy) and William HILL (UK).

ο Julien Brunet is Partner, Head of Strategy at CRI. His presentation is entitled “Neuromarketing 101: Behind Every Action, There Is An Emotion.” Brunet launched the Advertising and Promotions Division at CRI in 2000. He also started working with Loto-Québec on numerous projects. Almost 20 years later, Brunet is Head of Strategy and works on integrated campaigns for clients in a wide range of industries: Michelin, Jean Coutu, Desjardins, Cascades, Vachon, etc. A passionate student of human behavior in retail environments, he is obsessed by the decision-making process. In recent years, he has read multiple works on Neuromarketing and the role of emotions versus rational thinking.

ο Georges St-Pierre (universally known as GSP) and Justin Kingsley will provide an inspirational presentation for the 3Es conference. A Québec-born athlete, St-Pierre is considered to be one of the greatest mixed martial artists in history. His professionalism, charisma, business savvy and high-octane fighting style have helped propel his sport to mainstream popularity. Considered the greatest UFC welterweight champion of all time, St-Pierre capped off his career by adding a UFC middleweight world title to his belt on November 4, 2017, at New York’s iconic Madison Square Garden.

ο Justin Kingsley finds the best way of telling the right stories—as an author, strategist, director and photographer. He founded creative storytelling workshop Makumaku. He has written two No. 1 national bestselling books: The Way of the Fight (New York Times bestseller) a look at Georges St-Pierre’s life philosophy, and Weology, a book of ideas on leadership. With his third book, Kingsley joined an elite group of authors to publish original works in multiple languages with Le livre du don. His first feature documentary film—which he produced, wrote and directed—is currently in post-production for release in 2019. Marketing Magazine has named him one of Canada’s most creative people.

ο Carl-Edwin Michel is a tech and video game enthusiast who will present on “eSports: A Diversity of Business Opportunities.” He is the Founder, President & CEO of Northern Arena, a premier eSports tournament organizer and TV and interactive production house (SQUAD), presenting some of Canada’s top talent in gaming. Northern Arena is focused on creating platforms for onsite events and online leagues. By working with various game publishers, Northern Arena is aiming to bring these events and leagues to players and audiences professionally with world-class production quality and innovative content distribution methods. Northern Arena’s goal is to provide this accessible eSports platform for players and audiences within Canada and around the globe.

ο Stephanie Harvey will present  “eSports: A Passion for Video Games.” A five-time world champion in competitive Counter-Strike, and longtime female pro-gaming icon, Harvey currently plays video games professionally for Counter-Logic Gaming. She is also DreamHack Montreal’s spokesperson as well as the OMEN by HP Canada Ambassador. She also worked as a game designer for Ubisoft Montreal, having notably been part of development for Prince of Persia: The Forgotten Sands and Far Cry Primal. Her 15 years in eSports as a player and seven years in the industry as a developer awarded her a Forbes 30 under 30 title and she is on the BBC 100 Women List. She also won Canada’s Smartest Person Season 3 on CBC and was voted Québec City’s personality of 2017 by ICI Radio-Canada Québec television channel.

ο Joël Gagnon is Director of Publishing & Vice President at Randolph. His presentation is entitled “Board Games: Same DNA with New Opportunities.” Gagnon is a man with his finger on the pulse of the board game industry. According to him, the booming business we see today is the result of a dramatic 50-year transformation. With a decade of experience in the gaming industry, Gagnon is able to provide insight to anyone and everyone who wants to learn more about the modern gaming world. He travels the globe, is a familiar face at table top gaming conventions and fairs, and is in regular contact with the biggest players in the board game industry.

ο Aurelie Sauthier is Founder & President of Made In.