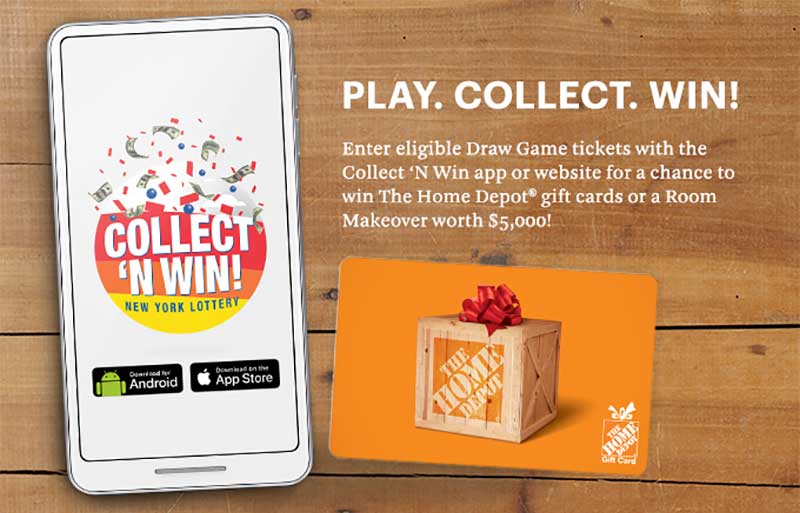 The New York Lottery’s NUMBERS & WIN4 Collect ‘N Win program launched November 30, 2018. The purpose of the program at launch was to keep NUMBERS and WIN4 players engaged by offering a second chance to win prizes and deliver on-going drive-to-retail rewards such as coupons for free tickets and cash vouchers. Alchemy3 provided the Collect ‘N Win program.

“NUMBERS and WIN4 are the Lottery’s most profitable games, accounting for approximately 35% of the Lottery’s annual Aid to Education contribution,” said Gweneth Dean, Director, New York Lottery. “A small increase in sales can have a significant impact on the bottom line. Prior to the launch of Collect ‘N Win, the Lottery experienced NUMBERS and WIN4 growth of 2.1%. Comparing the same 36-week period following the launch, these games returned a 7.1% increase.” 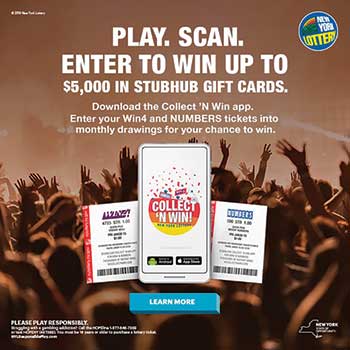 The Collect ‘N Win Alchemy3 StubHub promotion proved to be a big contributor to the increase. The special promotion began March 18, 2019 and ran through May 20, 2019. “The Lottery advertised the promotion, which featured drawings for $5,000, $1,000 and $250 Stub Hub gift cards. During the promotion and advertising period, overall gains of 10.5% and 11.6% occurred for NUMBERS and WIN4, respectively. Even after the promotional period ended, the games ultimately realized gains of 11.5% year-over year,” said Dean.

“Prior to launching the app, growth was flat for NUMBERS and WIN4,” reported Dean. “By promoting great prizes such as Stub Hub gift cards, we brought in new players while also offering something special to our loyal players. We saw increased engagement with the app and NUMBERS and WIN4 sales increased significantly during the promotional period.”

The New York Lottery launched its Seasonal Collect ‘N Win promotion on October 1, 2019.  It runs through mid-January 2020. The Lottery has expanded entry to include all New York Lottery draw games for its Collect ‘N Win Home Depot Seasonal promotion. This should result in expanded digital engagement, especially with new players. Entries into the Collect ‘N Win program will be eligible to win a $5,000 room make-over and $500, $100 and $50 Home Depot gift cards. The $50 gift cards are won as Instant Win prizes.

“We anticipate a much higher registration rate with the inclusion of all draw games. To keep registrants engaged and excited about the program, we provide customized messaging and coupon prizes to promote cross-play at a more granular level,” said Fuller. “The seasonal Collect ‘N Win program is designed to use the familiar Home Depot brand to attract new players and reward existing players at a time when people are thinking about home improvements during the hosting season. Ultimately, our goals are to keep Lottery top-of-mind through digital engagement and drive users to retail for cross-play and game trial.”

In the final analysis, results show the New York Lottery is collecting new players as well as winning approval. “Programs such as Collect ‘N Win reach out to loyal players and express well-deserved appreciation, as with any loyalty program,” said Dean. “In addition, the program leverages well-known brands to attract a broader audience. Our goal is to expand the player base, and one way to do that is by offering something chatter worthy to attract new players. The drive-to-retail effort gives loyal players what they want (free tickets) and new players the chance to try other lottery games.”