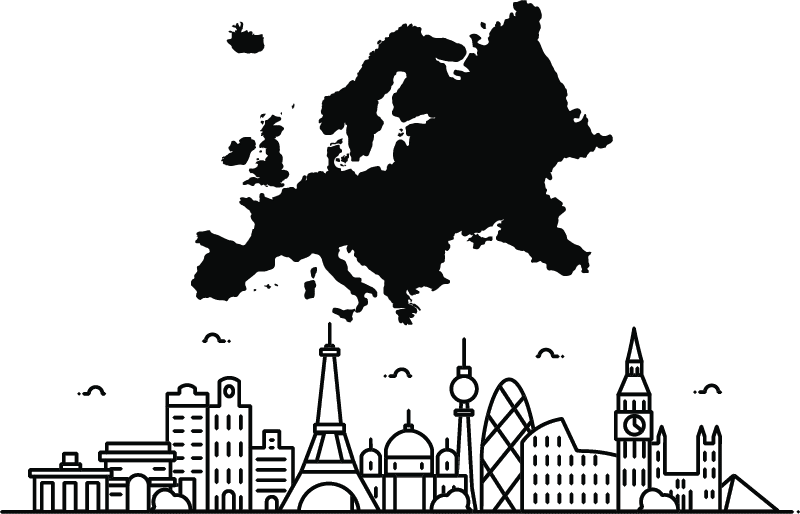 As countries, such as Italy, were hard hit by the coronavirus in February, following the virus’ spread in Asia. Quickly government officials closed schools, issued stay-in-home orders and shuttered non-essential businesses. In March, VLTs and AWPs were shut down throughout Italy. Soon the proverbial doors would be closed for non-residents to enter the country.

Individual lotteries adopted different strategies. Below is a roundup of how the pandemic impacted the sales for key European lottery organizations:

“In Austria, the beginning of the corona crises was quite severe with sales drop of more than 30% of the classical games, mainly driven by the significant decrease on scratch sales. In the following weeks the situation improved step by step and currently, our Lotto product is already at the level before COVID-19. Our internet platform win2day increase considerably all over.”— Elisabeth Römer-Russwurm, Managing Director Lotteries, Austrian Lotteries

“Since the beginning of the lockdown in Belgium, which occurred mid-March, we hover around a small 30% decrease in our total sales. We had a very strong year in 2019 and we were off to a very solid start at the beginning of 2020. Our numbers up till mid-March were looking very promising for another record year. The Belgian National Lottery does not operate games in bars or casinos. Our offer exists of traditional lottery games such as draw and scratch games. We also have an offer in sports betting although rather limited. For obvious reasons the sports betting offers were drastically reduced so sales plummeted. We also saw a strong decrease in the sales of scratchgames. The impulse character of those games in the retail environment is the main reason for this. The mindset of the people is too ‘one tracked’ to leave any liberty for impulse purchases.”—Jannie Haek, CEO, Loterie Nationale Belge

“Since the beginning of this unprecedented health crisis, the FDJ Group has strengthened its mobilization to limit the effects on the company, its employees and its stakeholders, in a spirit of responsibility and solidarity. This exceptional situation is already having very significant effects on business activity. That’s why, we decided to put in place a plan substantial savings to limit the impact on business results, while preserving its ability to relaunch all of its activities as soon as possible.”—Stephane Pallez, President & CEO, La Française des Jeux (FDJ)

“Large lotteries stand for the fulfillment of people’s dreams, which occur during economic upturns and downturns, possibly with a different accentuation. An analysis of the stakes together with the course of the GDP in times of economic recession therefore shows more or less no direct connection.
Online and drawing are fully running. The shops remained to a high percentage open. (A high percentage of our around 3,200 overall retailers. were allowed to stay open.) Nevertheless, we see a difference in sales between impulse products such as instant lotteries and classic lottery products.”—Axel Weber, Spokesman, WestLotto

“Compared to the same time last year, the general turnover in betting games has declined during the pandemic period. Thanks to the promotion campaign for online channels and the transformed and new betting options this decrease has been smaller than expected. Lotteries’ network operated by the Hungarian Lottery Company and partner operated lottery sales points of Szerencsejáték Zrt. did not close during the state of danger and the curfew restrictions imposed by the Hungarian government. Retailers selling only betting products were allowed to stay open without restrictions as well as stores, where the bulk of the traffic was in gambling products. The national lottery company launched a dedicated program for its commercial network of several thousands of shops in order to support their business continuity and job preservation. The restrictions were lifted for the whole of Hungary after May 18. Thanks to this and the relaunch of national soccer championships the revenues of the company are once again close to the original plans. All in all, it can be said that the loss of revenue of Szerencsejáték Zrt.— thanks to its fast response and its campaign to promote digital lottery—was lower than expected, clients have not turned their backs on their customary and favoured products but opted for digital sales channels instead.” —Communications Department

“Our overall performance has slightly declined compared to the same period last year. Shutting down our VLTs has made an impact, but to a lesser degree than the lack of sports events. Even though a lot of tournaments, leagues and matches were postponed or cancelled, the drop in revenue have been mitigated by a growth in more untraditional offerings such as eSports, darts and Belarusian football. During May, we’ve seen leagues starting to hold matches again and we’ve opened up our VLTs, but with appropriate restrictions to maintain social distance and hygiene. It’s too early to say what impact this has, but it’s safe to assume that we’ll see a growth in revenue in these verticals compared to March and April. On the positive side, lotteries have attracted more customers throughout the entire lockdown. High jackpot-prizes in Eurojackpot and VikingLotto is the main drivers of the growth in the lottery vertical. Online casino has also seen a slight boost in revenue. Our gambling behaviour tracking tool, the Playscan index, has on an overall level become more ‘green’ during the period, showing less risk-gambling among our customers. This is certainly positive. However, in the time ahead we will closely monitor and analyze our data in order to understand the behavior of our customers to see how these challenging times are influencing our market and customer base.”—Asne Havnelid, CEO, Norsk Tipping

“The spread of corona virus in society has had major consequences, also for Svenska Spel, our customers and our partners.
Svenska Spel complies with the recommendations of the Public Health Authority and the Government and has among other things invited all employees who can work from home to do so . . . Svenska Spel has chosen to pay a total of SEK 20 million in advance to over 3,600 sports associations around the country that are affiliated to the grass root. This is part of helping hard-hit associations in the current situation.”

“Out of the 2,500 retailers, 1,300 had to shut their facilities down. Kiosks, petrol stations and convenience stores have been able to sale our product during the whole lockdown while bars and restaurants had to shut down. [In terms of the impact on lottery sales], 40% down on GGR the first weeks. It is slowly getting better the last weeks, down 25%. Because of the bars’ shutdown, fast draw keno (LottoExpress) PMU (bets on horse racings) and Electronic Lottery terminals (similar to VLTs) suffered the worst impact.”—Jean-Luc Moner-Banet, CEO, Loterie Romande

“We all must understand that the safety of our customers and workers in these times is a top priority. So we had to shut down about 70% of our network and ask people to buy tickets online instead of going out of their homes. We must state that such measures had a huge impact on our company. People in Ukraine tend to buy tickets in traditional points of sales. It is hard to change people’s habits and even though they have this option to buy tickets online, they prefer to hold onto the well-known process when they play offline.”— Pavlo Vaisero, Marketing Director, M.S.L. Ukraine

“Although we’ve experienced some retail disruption as a result of COVID-19, we’ll still be announcing record annual National Lottery sales in the next month –our previous highest sales were £7.59 billion to put that into context. This will mean a significant increase for Good Causes compared with last yearwhich is all the more important right now, as National Lottery distributors continue to fund vital work in communities (including meal delivery services for the elderly, food banks and projects that help overcome loneliness and isolation). In total, up to £600 million of National Lottery funding is being directed towards charities and organisations around the UK to help tackle the impact of coronavirus.”—Neil Brocklehurst, Commercial Director, Camelot UK Lotteries Limited

CEOs of European lottery organizations stressed the importance of protecting their employees, their players and their retailers.

“We helped our retailers with a range of materials going from professional posters with friendly reminders of all necessary measures to be used inside and outside stores, hand gels, plexiglass protection . . . Besides these hands-on materials we put out measures to support our retailers in the back end by adapting our invoice policy p.ex,” said Loterie Nationale’s Haek.

“When the restrictive measures were implemented in the Norwegian community, our priority was to ensure the health and safety of our employees, as well as strengthening our responsible gaming framework for our customers Responsible gambling is extremely important during these uncertain times. When more people stay at home with limited entertainment options, and perhaps losing their income, it’s vital to prevent gambling to become a problem. Thus, responsibility is the cornerstone of our operations,” said Havnelid.
Norsk Tipping shut down its VLTs early on, as to avoid incentivizing customers to seek out public spaces.

“Our marketing team made changes to our advertising and content, as well as launching a responsible gambling campaign. We’ve also strengthened the marketing of lotteries to compete with non-regulated companies marketing of casino games. As of now, we’re starting to re-open our VLTs slowly,” said Havnelid.

“Player protection is obviously exceptionally important to us at any time—and is even more so at the moment because we have an even greater number of people playing online than we normally would. We’ve always had a range of well-established account management tools available to our online players and have also increased visibility of these features— including spend and play limits, and our online budget calculator. Camelot also participates in the UK-wide self exclusion scheme GAMSTOP—with players able to exclude themselves from National Lottery online Instant Win Games via the scheme. In terms of getting the message across to players, we’ve adapted all of our current advertising where we’re promoting an upcoming draw or jackpot to include ‘Play online or via the app’ messaging. In addition, we’ve put all Scratchcard advertising on hold and removed big jackpot event draws from our short-term plans—to ensure people aren’t making a special trip into retail to play,” said Brocklehurst.