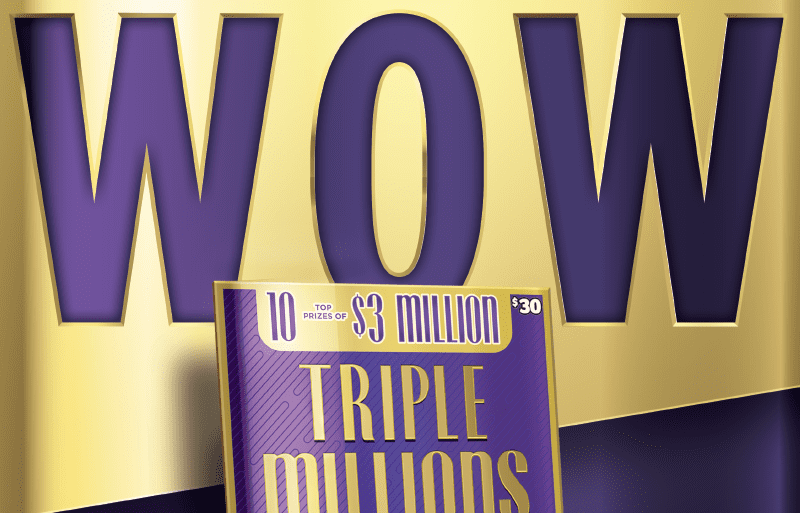 “OLG INSTANT ticket sales performance struggled early in FY21 due to the impact of COVID-19 with 25% of our retail base suspending lottery sales as well as reduced consumer demand. The trend reversed in early June and is continuing with positive variances versus last year,” said E. J. Harnden, Products Manager, Instants, OLG.

In Québec, the government shut down Loto-Québec’s sales. “Due to the circumstances (Covid pandemic), we took the decision to shut down the lottery sales at the retailers as of March 20th, reopening on May 4th. Obviously, the first quarter has been impacted drastically,” said Anne-Marie Voyer, Director of Products & Development, Loto-Québec (LQ).

Similarly, the shutdown of sales in Newfoundland and Labrador resulted in Scratch-Offs sales plunging in the first quarter of FY21 (ended June 30). “Unfortunately, our overall scratch sales were down -31% but that’s entirely because the provincial government in one of our key markets had shut down the selling and validating of lottery products as part of their COVID-19 lockdown efforts. In the remaining three provinces that were open in Q1, our scratch sales were actually up slightly over last year. This is despite holding back on some planned launches in Q1 and offering a lot less variety of games than usual,” reported Merrill Fullerton, Manager, Instant Games, Atlantic Lottery (AL).

Instant ticket sales decreased 6% in the first quarter of FY21 for B.C. Lottery Corporation (BCLC). “British Columbia responded to the pandemic with a fairly comprehensive shutdown of services in mid March. This included the closure of all hospitality locations (bars and pubs) which resulted in a complete loss of revenue from our break-open business (pull tabs), as well as our dedicated lottery kiosks. At the peak, approximately 40% of our retail and hospitality locations were closed in mid-April. However, after this point, as locations began to opening, we began to see sales start to steadily increase for Scratch & Win, and core brands such as our Bingo and Crossword games have dramatically risen, compared to fiscal 2020. We have continued to see weekly sales that have performed above budget and have made up some of the losses versus fiscal 2020,” said Gladys Primeau, Category Manager, Instant Games, BCLC.

Instant sales (branded as Zing) for Western Canada Lottery Corp. (WCLC) increased 23% to C$107 million in the first quarter of Fiscal 2021 (April 1-June 30, 2020). “The increase has occurred over all products and price points, but in particular, national instant sales have jumped 41% over last year’s numbers. It also bears mentioning that we likely benefitted from the shutdown of casinos and VLTs during the pandemic, as these players were looking for alternate entertainment,” said Don Coleman, Manager, Big Play Products, WCLC.

For Atlantic Lottery, the recovery has been gradual. “With one of our key markets shut down, we had to quickly pause some launches and move them to later in the fiscal year plus we had to clean out dated tickets from those stores that had been shuttered during the height of the pandemic. This has led to a gradual rebuilding of the portfolio as some key launches are now slated for after the summer,” said Fullerton.

BCLC paused new one-off launches for the months of May and June, but resumed introducing new games to the market in July. “The market seems hungry for new games, so we are excited to see how the rest of the year performs. As well, advertising was halted during this time period, and was shifted to later in the year,” said Primeau.

Since the reopening of the terminals, Voyer said “the sales are picking up but at a lower level of what it used to be pre-COVID, but it seems to be slowly getting back to normal over the past weeks. Some customers may have shifted online and stuck to it, for the online scratchers business has increased significantly. High price points and well established games are performing extremely well, which leads me to think that our core player is back with us. We focus on launching and supporting those type of games specifically, to slowly regain our share at retail. We are executing a ‘comfort products’ strategy for our relaunch with brands such as Wheel of Fortune and Set for Life.”

Like many other jurisdictions, OLG saw a drastic decline in March and April.

“We delayed the launch of new INSTANT products and temporarily suspended all marketing support. In May we began to see a bump in sales and increased consumer demand for new products. We slowly started launching new variety games, though marketing support remained on hold. As of July we have started to predistribute, launch and promote products as originally planned,” said Harnden.

WCLC’s Zing sales immediately dropped about 20% at the start of the pandemic due to an approximate 20% sales closure of the retail network. “Post-pandemic we are experiencing increased Zing sales largely due to a strong product offering and a lack of competing gaming and entertainment options for the consumer,” said Coleman.

“OLG’s main challenge in terms of delivering revenue is the delay of big game launches. The launch of the new $30 INSTANT CROSSWORD game was delayed by six months and the launches of two high priced ILC INSTANT games were delayed until our second quarter,” said Harnden.

The pandemic forced a delay in the launch of three ILC National Instant games for WCLC. The lottery replaced some launch slots with regional products. “The pandemic has lengthened the sales windows of some games, like SET FOR LIFE, that features travel imagery associated with the freedom of winning the annuity prizing. Post pandemic, WCLC sales on the majority of products has increased substantially and the focus has been on maintaining product availability both at retail and on the supply side,” said Coleman. 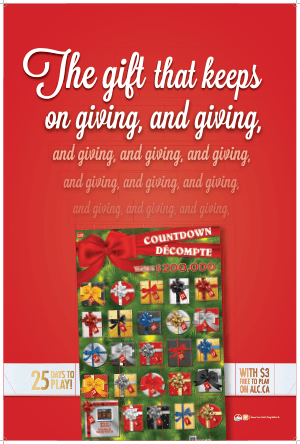 BCLC delayed new game launches for May and June. “This will result in fewer launches than originally planned. This also affected the launch schedule of our multi-jurisdictional National tickets, as some Canadian lotteries had a complete closure of their lottery business, and we’ve had to work together to find new launch dates for these tickets,” said Primeau.

Loto-Québec cancelled most of its summer line up as a result of the pandemic. “We had various products that promoted activities such as festivals and trips around the world,” said Voyer. “Those products have been pushed to fiscal 2022. The launch calendar has been reorganized so we were able to keep our launching cycle intact, but with regular products with no advertising support. We also had to postpone our 50th anniversary special ticket. We will celebrate a belated birthday later this year.”

Sales forecasts also proved difficult when sales in one of your major markets is not selling. “Another challenge was deciding when to proceed with ticket production and when to hold back,” said Fullerton. “Complicating this was the need to accommodate regulations around expiry dates that need to be printed on our tickets—it was very difficult establishing expiry dates when you didn’t know with certainty when a ticket would be launching.”

Canadian marketers were surveyed on the instant ticket concept which had the biggest impact on FY20 instant sales.

AL had great success with its first large-format games that were featured in stand-alone merchandisers. “Our first was a $20 holiday calendar ticket called Countdown. The ticket featured a web coupon for alc.ca so it contributed to both instant sales and alc.ca acquisition. Countdown surpassed our last $20 holiday game by 20% and generated 3,750 new alc.ca accounts. Countdown was followed by another large format game featuring the Price is Right/Family Feud licensed brands. This $10 ticket sold out in 20 weeks and we’ve since had to reprint it to keep up with demand. Prior to COVID-19 shutting some stores, the Price is Right/Family Feud ticket was on pace to be our best $10 ever,” said Fullerton. 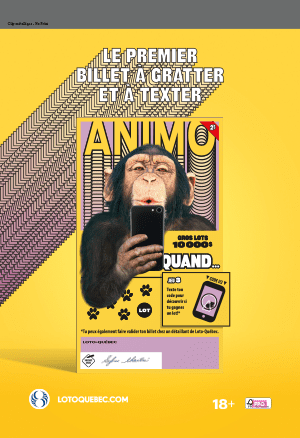 LQ’s Voyer notes that “pre-pandemic, we were having one of the best years of LQ’s history. The repositioning of our instant category focusing on a healthy mix of strong brands, high revenue potential products and targeted products specifically designed to reach the U35 seems to be picking up really well.”

OLG’s big hit was the $10 BINGO MULTIPLIER. Harnden said it’s “a new line extension for the BINGO franchise and the INSTANT category, launched as a new permanent addition to the portfolio and it has been a successful addition. It offers 16 games to play and a top prize of $250,000.”

The launch of $5 THE BIG SPIN provided the biggest sales increase for WCLC in FY20. “This was a hybrid game that was composed of a traditional Zing scratch ticket, a CDU watch ‘n win product and a BIG SPIN winner’s event. Coupled with television advertising at launch and a winner’s campaign, THE BIG SPIN was an instant hit with consumers. THE BIG SPIN has proven to be the best $5 Zing ticket ever launched by WCLC, contributing $32.2 million, or 10% of the total sales for its first full year,” said Coleman.