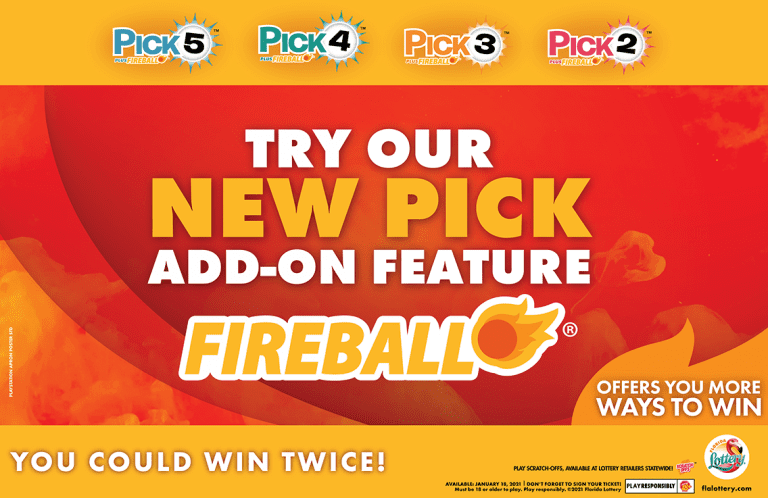 Thanks to Powerball and Mega Millions jackpot fever that raged in December 2020-January 2021, U.S. lotteries’ in-state draw games received a boost of publicity at agent terminals. This correlated to positive increases across the board for numbers and lotto games.

“2021 is the year of new games for the Louisiana Lottery. Subject to and pending legislative approval, we hope to launch a new daily game, Pick 5, in August. In the last 10 years, sales of our Pick 3 and Pick 4 games have grown over 30%. With the Pick 5 game, we plan to offer new ways to play other than the traditional straight, box and straight/box,” said Quinn Dossett, VP, Marketing, Louisiana Lottery Corp.

The Missouri Lottery is changing its win-for-life draw game. “We are planning to launch Cash4Life® with EZ Match in April, replacing Lucky for Life in our draw game product line, along with several promotions before, during and after the game launch to keep the excitement going for players,” said Kristin Vuilcott, Draw Games Product Manager, Missouri Lottery.

The Idaho Lottery will introduce changes for multiple in-state and national games. “In the spring, two of our long-time, twice weekly draw games, Weekly Grand and Idaho Cash, will move to daily draws. We will also add the MUSL game 2by2 in April to the draw game portfolio,” said Sherie Moody-St. Clair, Deputy Director, Marketing, Idaho Lottery.

The Massachusetts Lottery is exploring options for promoting Keno to-go and its mobile application. “Keno to-go gives players an alternative to playing Keno at restaurants and bars, which continue to have reduced occupancy due to the pandemic. Customers can purchase Keno to-go tickets at retail locations that don’t have monitors and watch drawings on our app or website at their own convenience,” said Edward Farley, CMO, Massachusetts Lottery.

The Montana Lottery will be implementing enhancements to its in-state, daily draw game Big Sky Bonus. “With the changes to Lucky for Life coming in FY22, we wanted to take this opportunity to strengthen our daily game to support larger jackpots with a matrix change, while still maintaining that frequent winning experience our players expect from this game. Marketing efforts will include a full media campaign and revitalized visual assets,” said Chase Peaslee, Online Product Manager, Montana Lottery.

The Florida Lottery launched a new add-on to its four PICK games in January that entailed adding more ball sets and machines in the draw studio. “Thus far, about 5-6% of players are adding Fireball for the chance to replace one of the PICK numbers drawn and create more winning combinations,” said Shelley Gerteisen, Director of Product, Florida Lottery.

The Connecticut Lottery Corp. (CLC) also added the Wild Ball add-on to its Daily Numbers game at the end of February. “Our Daily Numbers games will receive ‘extra’ marketing support in the form of radio and promotional support,” said Pete Donahue, Senior Director of Marketing, CLC.

Many lotteries’ draw games will receive “extra” marketing support during this period in terms of advertising, digital campaigns and retail promotions.

“Keno, Fast Play and Cash Pop need the extra boost of help and have been the most impacted by pandemic closures. We will focus our draw game efforts there,” said Edie Frakes, VP, Marketing, Kentucky Lottery Corp.
Florida Lottery will support its full suite of draw games with a generic draw campaign, beginning on April 12. “The campaign is intended to maintain top of mind awareness of our many draw game offering and will run for five weeks. Media will include TV (:15), radio (:30), GSTV, in-store screens, digital/social and DOOH,” said Amber Seale, Chief of Brand Management, Florida Lottery.

The campaign theme is: Your numbers are out there and waiting to win! “This campaign will encourage our players to try one of our 10 exciting draw games, like PICK Daily Games now with Fireball; or the recently upgraded FLORIDA LOTTO,” explained Seale.

The Maryland Lottery will produce a sequel to its original FAST PLAY “Alien” TV ad that was used to launch the product line in early 2020. “The Lottery is excited to welcome back everyone’s favorite alien,” said Jill Baer, Director, Creative Services, Maryland Lottery.

The Idaho Lottery is focused on promoting awareness and increasing play for both national games as well as in-state games. “These games will receive their own commercial spots that will rotate during the spring months,” said Moody-St. Clair.

The Michigan Lottery is tentatively planning a Tripler Time promo for Club Keno in April. “Club Keno prizes are randomly multiplied on tickets with a Doubler or Tripler message at the top,” said Tim Shafer, Advertising & Promotions Director, Michigan Lottery.

Missouri Lottery’s Cash4Life launch will get a big push in April. “With our ad budget drastically cut once again this year, we are not able to promote with paid marketing of our products. We focus on in-store POS, social media and our loyalty program, My Lottery® Players Club, to get the word out,” said Rhonda Fehr, Advertising Manager, Missouri Lottery.

The Texas Lottery is focusing on its Cash 5 game. “We will have a digital coupon activated on our mobile app that gives players $6 of Cash 5 Quick Picks for $5,” said Robert Tirloni, Products Manager, Texas Lottery.

Staying connected digitally with lottery players have been crucial during the past year. Loyalty programs create a one-to-one relationship with consumers.

“In March, we celebrated Wildlife Day and Earth Day with an educational activity about the Arizona Department of Game and Fish Heritage Fund, a beneficiary that receives $10 million from Lottery funding each year. We’ll also be giving away State Park passes,” said Shelby Alessi, Marketing Manager, Arizona Lottery.

The Maine Lottery will run several promotions designed to increase membership in its loyalty program.
“In May, players who purchase a Mega Millions ticket with the Megaplier option can enter their ticket into the loyalty program for a chance to win a 2021 Van Camper,” said Michael Boardman, Deputy Director, Maine Lottery.

The Kansas Lottery celebrates the January 2017 launch of its loyalty program, PlayOn, with its players.
“The Kansas Lottery recognizes the anniversary each year with a larger than normal promo offering a chance for multiple winners. This year we are launching the PlayOn Home Entertainment Package,” said Stephen Ortiz, Director, Marketing & Sales, Kansas Lottery.

The Iowa Lottery launched its 24/7 Prize Zone Portal in 2020. While the portal was designed for instant tickets, the lottery allowed entry of a $10 InstaPlay Progressive ticket in December. “We were very excited to learn that the InstaPlay promotion garnered the largest amount of entries of any Prize Zone ticket promotions to date—outpacing scratch ticket entries,” said Teri Wood, VP, Sales & Marketing, Iowa Lottery.

Arkansas Scholarship Lottery (ASL) regularly runs added-value promotions for its players club. “We also have different point multipliers planned for each month that will multiply the amount of points our members get when they enter certain tickets into their Club account,” said Lindsey Teague, Product Manager, ASL.

The Nebraska Lottery is featuring its 2by2 game in its MVP Club’s Cash Blast Promotion. “We’ll follow this promotion with a 2by2 tear pad offer in May/June to reinforce the game,” said Jill Marshall, Marketing Manager, Nebraska Lottery.

The Maryland Lottery’s FAST PLAY Home Run Riches ticket will be connected with a second-chance promotion. “We have created a campaign that features animation showing how to scan and enter tickets for the second-chance drawings, which we learned from focus groups has been confusing for players,” said Melanie Losover, Digital Manager, Maryland Lottery.