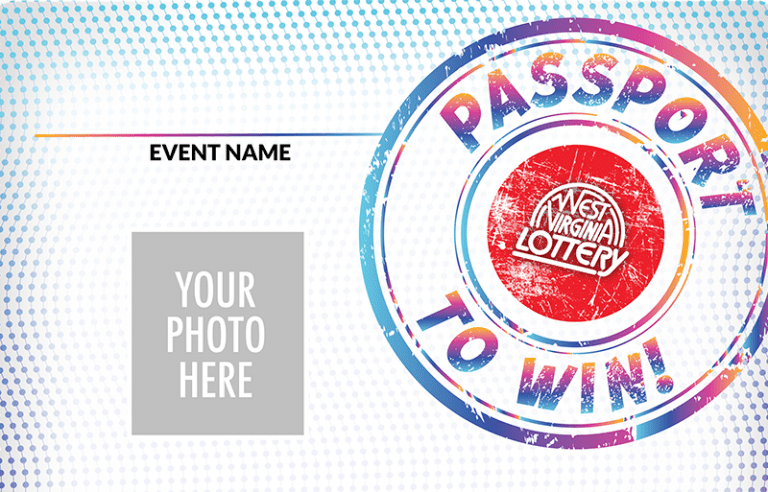 On the road again. The West Virginia Lottery officially returned to on-site and in-person promotions on May 1st. The crew will head to some player favorites, including the Upper Ohio Valley Italian Festival in Wheeling, the Mountain State Forest Festival in Elkins, Chilifest in Huntington, and, of course, the West Virginia State Fair in Lewisburg.

The group has some big promotional campaigns planned to coincide with their return to the field, including Passport to Win and Three Days a Week.

“Passport to Win will reward players for their faithfulness and dedication to West Virginia Lottery promotions. Players will simply take selfies at each event with our special ‘Passport to Win’ frame, and then use hashtags to post these selfies and enter themselves into drawings. The thought behind this is to pull all of our virtual promotion loyal followers into our physical promotion world,” said Danielle Snidow, Marketing Director, West Virginia Lottery.

Moreover, Three Days a Week will line up with the launch of Powerball moving to three drawings a week. “The WVL marketing staff created a unique campaign, featuring a Powerball bobblehead that will be used in giveaways and as prizes to help with the launch,” said Caitie Smith, Lottery Marketing Specialist, Public Relations and Drawing Manager, West Virginia Lottery. “The team is planning several social media events with the bobbleheads, including ‘Where in WV is Power Ball: State Fair Edition,’ where the doll will be hidden around the fairgrounds, and West Virginia Lottery will post on their social media accounts to attract players to the location to claim the bobblehead and some additional swag.”

It will be a busy summer returning to physical events. “All in all, the West Virginia Lottery has eight promotional events already on the docket as part of their full Fairs and Festivals circuit, with the promise of more to reward retailers and dedicated players alike,” said Smith.

The Hoosier Lottery’s summer efforts are headlined by its Hoosier Lottery Town activation at the Indiana State Fair kicking off in late July. “We have partnerships with baseball teams across the state with on-site digital activations, in-game promotions with fans for the chance to win prize packs, and through celebrations of Hoosier heroes through a Hoosier Lottery Hero of the Game initiative. We also have presence at the Salem Speedway race track and other community partnerships,” said Jason Mueller, Senior Manager of Public Relations, Sponsorships & Event Marketing, Hoosier Lottery.

The Minnesota Lottery plans to return to live events beginning in July.
“At this time, we don’t know exactly how they are going to look but we have a good safety plan in place and will make changes based on any new safety considerations that may arise. We are excited to get back to on-site activations at Canterbury Park and at Target Field during Minnesota Twins games in July. We will also be at WE Fest Country Music Festival and the Minnesota State Fair in August,” said Vicki Holets, Marketing Manager, Minnesota Lottery.

The Wyoming Lottery will participate in two major events in the early months of fiscal 2022. “This year we will be participating in a celebrity golf tournament in Cody, Wyoming and look forward to executing our popular Cowboy Draw/University of Wyoming Buy One, Get One in the fall tied to UW Cowboy football wins,” said Robin Medina, Chief Operating Officer, Wyoming Lottery.

Other lotteries anticipate being back in person at events in the fall. “So far, we plan on attending the NASCAR Kansas Lottery 300, Kansas State Fair, and university and professional sporting events,” said Stephen Ortiz, Director, Marketing & Sales, Kansas Lottery.

The Texas Lottery will also be participating in events in the fall. The Texas State Fair will be held September 24-October 17.

“We will have public facing events at the State Fair and the Texas Lottery Plaza that everyone can join,” said Ryan Mindell, Lottery Operations Director, Texas Lottery.