The Missouri Lottery will be running a summer-long Second Chance of a Lifetime: Out-of-the-Way Getaway promotion. 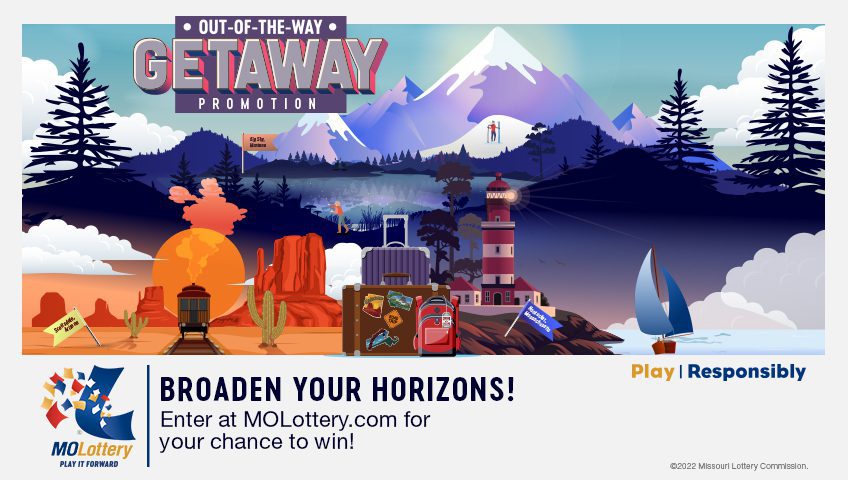 “With our ad budget drastically cut once again this year, we are not able to promote with paid marketing of our products. We focus on in-store POS, social media and our loyalty program, My Lottery® Players Club, to get the word out,” said Rhonda Fehr, Advertising Manager, Missouri Lottery.

Players can enter $10 worth of eligible Scratchers or draw game tickets from May 16 through August 23 for a chance to win a getaway of their dreams. “This promotion will offer three different drawings on three drawing dates. On each drawing date we will award one player’s choice trip to Big Sky, MT, Nantucket, MA or Scottsdale, AZ , two players’ choice trips to Augusta, MO, Branson, MO or Eureka Springs, AR and 10 cash prizes of $1,000. In addition, merchandise drawings will occur each week for the duration of the promotion to award a variety of travel-themed retail prizes,” said Tyler Luetkemeyer, Promotions Manager, Missouri Lottery. 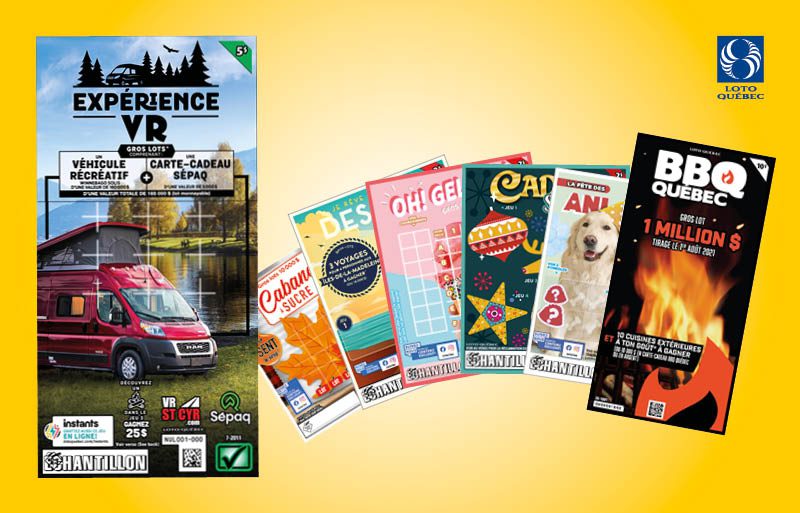 Always striving to incorporate pop culture trends into its products and content, and encourage Québec companies in any way it can, Loto-Québec regularly partners with local businesses to develop special scratch tickets with a distinct Québec flair. Cabane à sucre, BBQ Québec, Oh! Gelato!, Je rêve des Îles, Cadeau Surprise and La fête des animaux are just a few examples of scratch tickets that Loto-Québec launched in the last year to reflect the interests and desires of Québec consumers.

“Through these local brand partnerships, we can offer experiential products that reflect Québec cultural values—both in terms of prizes and messaging. They provide an opportunity for us to inspire and entertain our customers, engage with them through social media, and even start a conversation with new consumers,” said Janie Thériault, Director of Integrated Marketing Communications at Loto-Québec.

Over the coming year, Loto-Québec plans to launch more tickets in partnership with Québec businesses. For example, it released the Expérience VR scratch ticket on May 2, knowing that the “van life” movement has been gaining traction among outdoor enthusiasts in Québec. The ticket, developed in partnership with the Société des établissements de plein air du Québec (Sépaq) and recreational vehicle dealer VR St-Cyr, is a first of its kind and on sale now at retail locations and online.

“Over the past two years, Quebecers have discovered a love for RVs, the open road, adventure travel, and breaks by the water. We’ve seen how RV sales have skyrocketed! To capitalize on this ever-growing trend, and also reach #vanlifers, we partnered with two Québec companies, VR St-Cyr and the Sépaq, to develop and launch this scratch ticket,” explained Catherine Dumont, Product Manager, Lottery Operations.

Quebecers can also play the instant-game equivalent of the scratch ticket online for a chance to instantly win cash prizes. The (cashable) grand prize consists of Winnebago Solis camper van and $5,000 Sépaq gift card
The launch of the $5 scratch ticket will be accompanied by an advertising campaign that includes ads at retail locations and in magazines, TV ads, social media content marketing featuring two adventure travel influencers, and sponsorship of “camping week” on Québec show Le fabuleux printemps de Marie-Lyne.

By playing Expérience VR, Quebecers not only get to fuel their wanderlust, but it could be their ticket to hitting the open road and going on the adventure of a lifetime!

Throughout fiscal 2022, the Illinois Lottery built new creative platforms to support both its Instants and Draw portfolios. “We will support the lottery’s May and August instant tickets under the existing Instants platform, and the draw portfolio under the Dream Ranger creative platform,” said Meghan Powers, Communications Director, Illinois Lottery. The lottery began selling its “Illinois Jackpot” family of games (FOG) in May. There have been two FOGs launched in the first six months of calendar 2022. The Multiplier (5X – 100X) family launched after the holidays in January. For Multiplier, the lottery had $1, $2, $5, $10, and $20 tickets go on sale in January, followed by the $30 ticket in February. “It is the first time that we have had a $30 game as part of a FOG,” said Powers.

The California Lottery will be launching a mix of themes across several games to reach more types of players during the summer.

“The California Lottery remains focused on our strategy to reposition the Scratchers® product line through a major brand initiative that began in 2021,” said Whitney Alderson, Assistant Deputy Director of Marketing, California Lottery. “This initiative places the emphasis on how Scratchers can add a little unexpected fun in your day and features the consistent tagline, A Little Play Can Make Your Day. This marks a shift in California’s Scratchers marketing from focusing on one specific game or family launch to the wider product category.”

The Minnesota Lottery will be selling a “mod-style” ticket called Summer Riches. 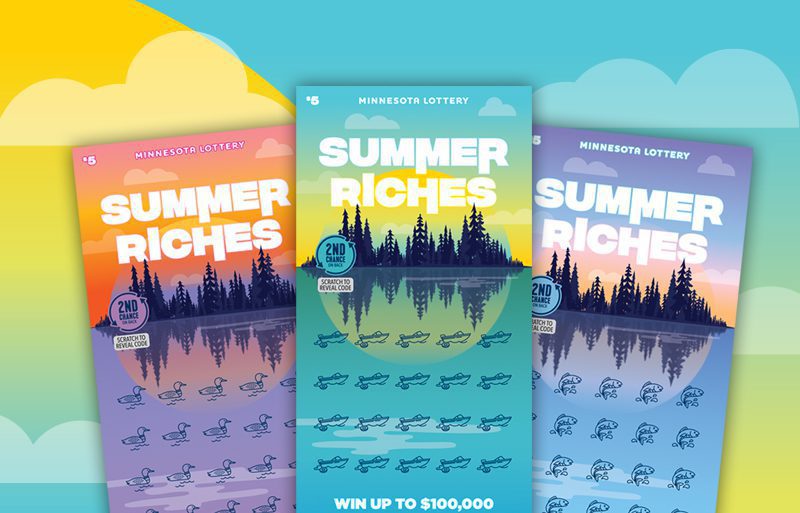 “This ticket was designed by our ad agency and has three beautiful scenes that highlight the sunrise, midday, and sunset views Minnesota summers have to offer. The game has a second chance component that gives players an opportunity to win a summer prize pack, a Mall of America gift card, and cash,” said Liz Smith, Brand Strategist, Minnesota Lottery.

“To support our ongoing efforts of making our products uniquely Minnesotan, we are encouraging our players to ‘Get Out and Play’ by enjoying summer activities and of course, our newest scratch game,” she added.