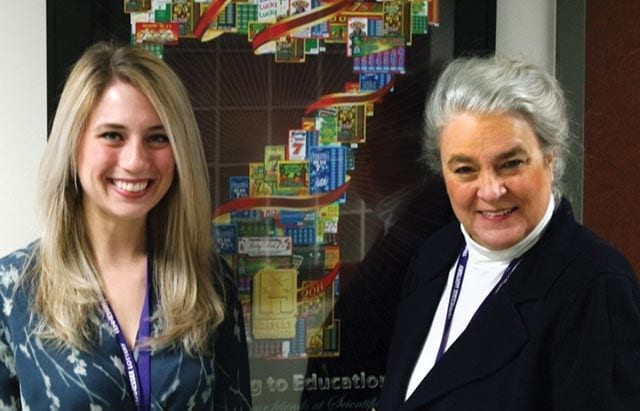 In a state where breathtaking Great Smoky Mountains, Southern barbeque and country music are indigenous to life, the Tennessee Education Lottery Corporation has become part of the soundtrack.

The story begins in 1985 when Rebecca Hargrove, now President and CEO of the Tennessee Education Lottery (TEL) and Senior Vice President of the World Lottery Association, launched into the spotlight of the North American lottery industry when then Governor Thompson appointed her to be the Director of the Illinois Lottery. Combining brains and beauty, the former Miss Indiana and Miss America Pageant runner-up immediately became a role model for women in the industry. Since then, she has created a success story to rival most Fortune 500 company CEOs. In addition to creating the TEL’s “Emerging Leaders” program, she has recently founded a program for female leaders in the lottery industry.

Highly regarded in the global industry for her start-up of lotteries in Florida, Georgia and Tennessee, Hargrove has spent the last 13 years laying the strong foundation of the TEL—achieving new, record-breaking milestones every year since the Lottery’s first instant games were unveiled in 2004.

With Hargrove and her team at the helm, the Tennessee Education Lottery has become one of the leading lotteries in the U.S. for maximizing returns to its beneficiary: education in the state. In January 2017, the TEL celebrated its 13th anniversary with the announcement that it had surpassed the $4 billion mark for education dollars raised in Tennessee.

The TEL ranks in the Top 10 in the world for instant product weekly sales per capita. And the growth engine for the Lottery over the years has been instant products, with instant sales experiencing increases every year. The TEL reported $1.626 billion in total sales for FY2016, an increase of $151 million over the previous year’s sales record of $1.476 billion, making it the 12th consecutive year of increased sales. These record sales resulted in a contribution of $394 million for Tennessee education programs funded by the TEL. The Lottery has worked closely with Scientific Games, its instant game provider since inception, to grow instant game retail sales 6.5% over the last five years.

Hargrove keeps the focus on growing revenue. The TEL contracted with Scientific Games for the company’s Cooperative Services Program (CSP) services from the beginning. CSP is a customized full category management program that provides game planning, manufacturing, inside sales, predictive ordering, marketing, research, analytics, warehousing and distribution. More than 20 lotteries worldwide also use the program—including six of the Top 10 for instant per capita sales. Hargrove had a highly successful experience with CSP while at the Georgia Lottery, as well.

“We could not be more proud of the results we have achieved for the TEL working with Rebecca and her team through a very successful CSP partnership over the last 13 years,” said Sam Wakasugi, Vice President, Global CSP Services for Scientific Games. “More than growing retail sales, CSP created efficiencies for the Lottery’s instant products, and ultimately impacted net returns for the Lottery.”

The TEL markets 40-50 instants at a time, launching approximately 50 new games per year – four every month including seasonal games on “Tennessee Tuesday,” the first Tuesday of the month. The Jumbo Bucks® family of 10 games at eight different price points currently accounts for approximately 57% of instant sales. Bingo and crossword are favorite extended play games in the state, as are games with licensed brand themes including THE WALKING DEAD™, LOTERIA™, MONOPOLY™, DEAL OR NO DEAL™, THE PRICE IS RIGHT®, MAGIC 8 BALL®, UNO™, THE WIZARD OF OZ™ and WORDS WITH FRIENDS™.

“We have driven more than a decade of growth in our instant products, as well as a CAGR double the industry average,” Hargrove said. “We have strategically approached our instant game business with the mission to grow the product line responsibly, and are always open to innovative, new product ideas. We also hold regularly scheduled focus groups that allow us to stay in touch with our players and retailers on their preferences for new games, as well as our advertising, loyalty program and other offerings.”

Scientific Games attributes the TEL’s success with instant games to its partnership with the Lottery and collaboration on strategy, products and services that can increase profitability. Working with the company’s SciTrak Ultra™ system, which features its proprietary OrderCast™ predictive ordering technology, the Lottery’s retailer sales team places more than 300,000 retail orders from over 5,000 retailers per year, which are fulfilled by Scientific Games at an operational center just outside of Nashville.

Just over three years ago, the Lottery launched its first mobile app to support its VIP Players Suite® and VIP Rewards® programs. Developed by Scientific Games, the app lets players scan eligible non-winning instant and draw game tickets to earn VIP Rewards® Points; enter VIP Rewards drawings featuring exciting prizes such as cars, trips, high-end electronics, designer goods and more; and be automatically entered into the popular Play It Again! and second-chance drawings. The app has been downloaded a total of 300,000 times.

“Our players have entered 238 million tickets to date via our VIP app. The app provides players with the convenience of scanning tickets, and connects Tennesseans to the Lottery whenever they like, wherever they are.” said Hargrove.

As the sweet sound of success continues for the Tennessee Lottery, Hargrove is pushing onward and upward to the next great year of sales and profits.