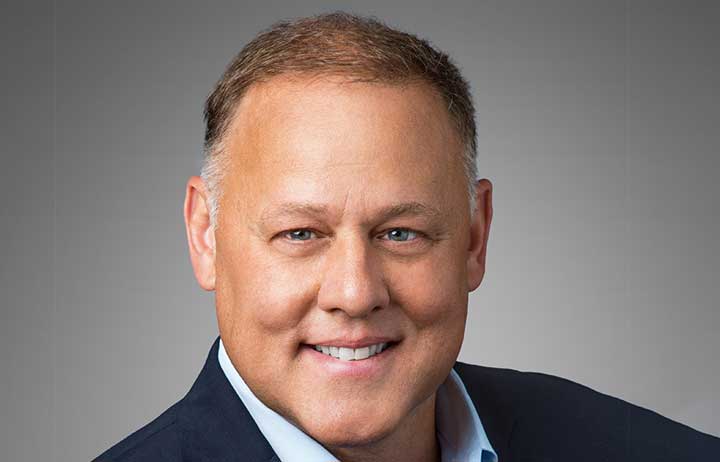 At age 22, Jeff Sinacori, now VP Retail Sales Development, Scientific Games, purchased his first retail location called the Lucky Lottery Store in New York. He faced fierce competition with 11 other lottery retailers within one square mile. But with just eight employees—only half were full time—Sinacori transformed his business into the highest volume lottery store in the state of New York. Eighteen years later, the Lucky Lottery Store was generating weekly lottery sales of $100,000, while the average New York Lottery retailer sold about $8,000 per week.

The reason Sinacori found such success is because he understood the need to equip his employees with right tools and an in store environment that engaged customers with lottery. “My goal was not to just have a lottery player buy an instant game and then go to their car and scratch it on their steering wheel, it was to have them play the game in the store and offer them a unique lottery experience. Customer engagement almost guaranteed an additional purchase at my location,” Sinacori explained.

After Sinacori sold his store, he continued utilizing his entrepreneurial spirit by working as a consultant for lotteries in the U.S. and Europe. His background gave him a deep understanding of the pain points retailers faced with selling lottery, but he now also understood the product’s potential in the overall retail landscape. He knew he could help the industry on a global scale. “I joined Scientific Games because in addition to scale, they had an entrepreneurial vision to incorporate technology with customer service,” he stressed.

His first project at Scientific Games was converting the methodology he implemented at his own store into best practices that could help lottery retailers around the world. With Scientific Games’ resources behind him, Sinacori further developed the company’s retail efforts and created the SalesMaker program.

The SalesMaker program has taken Sinacori to every U.S. state that sells lottery since he joined Scientific Games in 2007. “I’ve taught nearly 360 retailer seminars, including seminars in Canada, China, Germany, Russia, UK and the Netherlands,” Sinacori said. “We demonstrate how important lottery is for convenience store owners and chains. Our solutions to the challenges associated with selling lottery get a lot of attention from the largest retail chains across the country, as well as independent retailers.”

Today, retailers participating in SalesMaker are usually a lottery’s top performers. “You should focus on the top retailers who are driving 50% of your business because they understand the value of lottery as a product category, and they’re looking to grow their business. If SalesMaker can bump the retailer’s sales up by 10-20%, there’s a very healthy ROI for the lottery,” he explained.

SalesMaker training also helps equip a lottery sales rep (LSR) for success. “One of the biggest challenges is that an LSR only gets to visit a retail location once or twice a month due to travel times between locations and large workloads in the field. Most of the time, LSRs don’t get to meet with decision-makers. And if they do, it it’s only for two minutes. So that’s just 24 minutes a year if the LSR visits a location once per month. This is definitely not enough time to demonstrate how to increase lottery sales,” Sinacori emphasized.

Scientific Games and Sinacori are solving the problems of the modern lottery retailer. “The continued development of our SalesMaker program established the world’s best practices. But when I say best practices, I mean without technology. SalesMaker was a precursor for what we have introduced with our new SCiQ™ ecosystem,” Sinacori said. “SCiQ is the technology that’s driving lottery at retail forward. We now have technology to fix the problems at retail today.”

The SCiQ system solves so many challenges for lottery retailers, such as security, accounting and lost sales. For instance, the average store has about $9,600 of ‘cash’ sitting on the counter in an instant games display. Unlike traditional displays, the SCiQ system secures the product. Thieves aren’t tempted to grab tickets. Store clerks can’t just scratch tickets for fun.

“Another bonus with SCiQ is shift accounting. The amount of time that it takes to do shift accounting for lottery products is about 30 minutes a day for the retailer. With three shift changes a day, that’s about $4,000 a year spent on labor just to account for lottery games. SCiQ cuts it down to a 30-second a day process using our proprietary technology,” Sinacori said.

SCiQ also adds to the bottom line because it helps prevent instant games from being out of stock. “Right now, out-of-stocks range from 15% to 25% at lottery retailers nationwide. It costs each retailer about $300 per week in lost sales when games are out of stock. Now this might not seem like that much money, but when you scale that up across the country it’s about $3.1 billion in lost sales,” Sinacori said.

The SCiQ system is revolutionary because it was created from the perspective of the lottery retailer. “I have lived through every pain point that a retailer deals with on a daily basis. And because Scientific Games has extensive relationships with some of the biggest retailers in the world—like 7-Eleven, Kroger, RaceTrac and Circle K—we’ve had the opportunity to sit down with them and discuss the crucial need for this kind of technology.

“Now when we go into a meeting with lotteries or retail chains and show them SCiQ, everyone in the room looks at one another in disbelief. The solution to so many of their problems with lottery is finally here,” ended Sinacori.