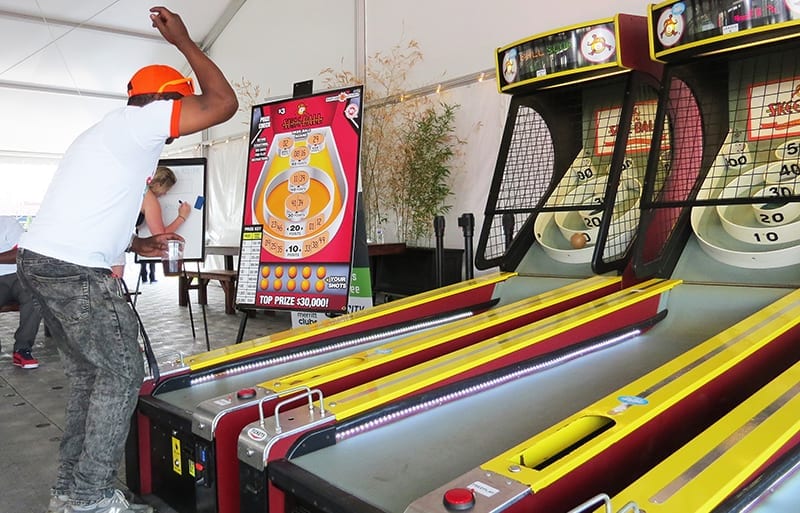 Maryland Lottery and Gaming hopes to score a lot of points with its Alchemy3-licensed $3 Skee-Ball® instant ticket. Launched June 24, the ticket offers a $30,000 top prize. The lottery is also cross-promoting the ticket by reskinning Keno monitors using the Skee-Ball licensed property.

“Skee-Ball has a prominent position this summer and was one of the tickets featured in our TV spot,” said Mamorsky.

The Maryland Lottery chooses licensed properties that match campaign goals. In this case, the lottery saw an opportunity to incorporate the Skee-Ball property as part of its instant and draw game portfolio. 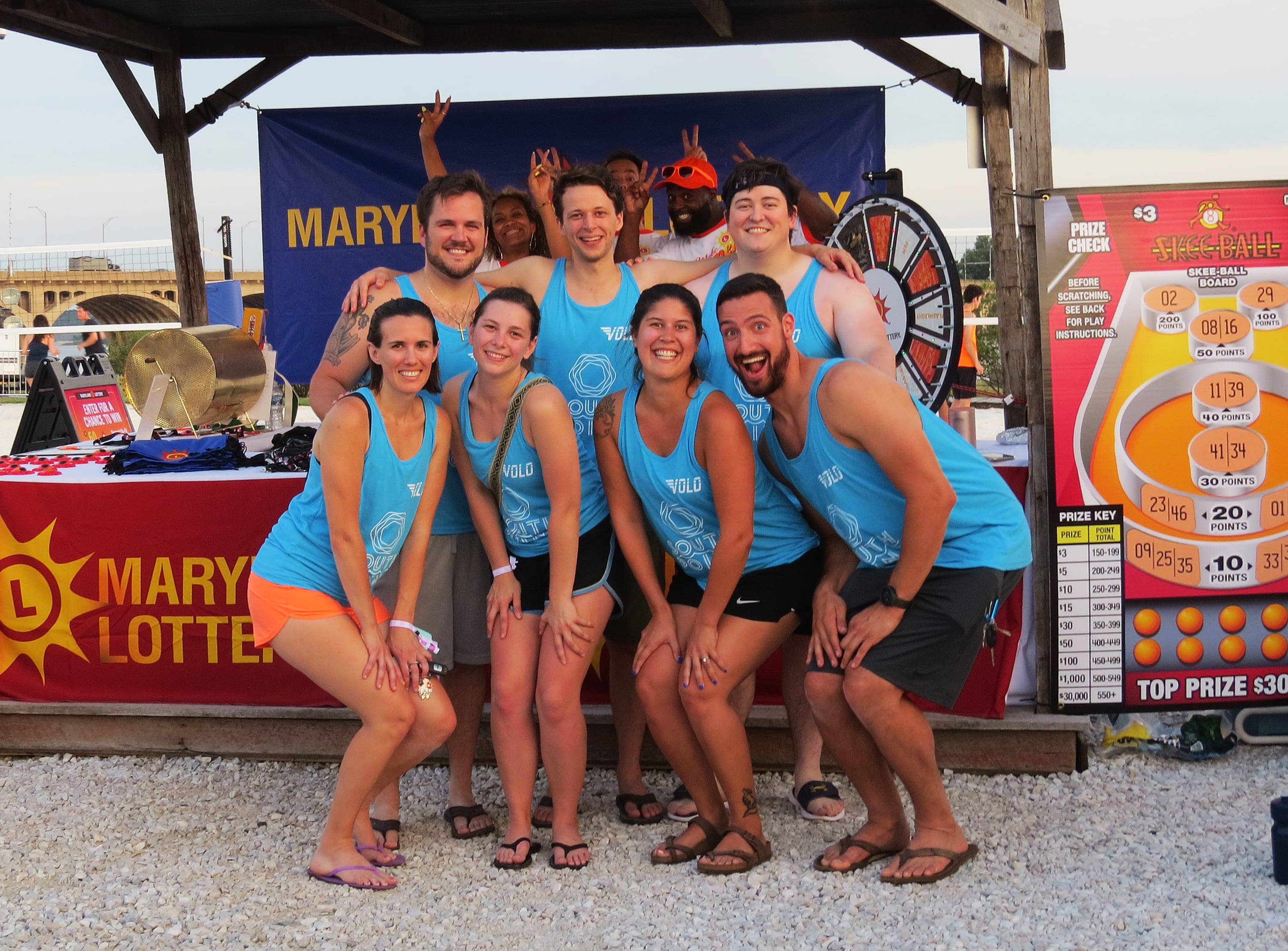 This is a first for a U.S. lottery. “Skee-Ball as a brand has been executed in a variety of ways for lotteries—perhaps more than any other brand in our portfolio,” said Alchemy3 President Jeffrey Schweig. “Lotteries have offered Skee-Ball as a Scratch, Draw, Fast Play, Interactive and now with Maryland, a Keno execution. It’s a consistent performer and popular with all age groups.”

The Maryland Lottery reskinned its Keno monitor visuals for the summer to look like a Skee-Ball game. “We have revised screens for Keno, which we believe are chiefly responsible for an uptick in sales,” said Mamorsky.

Reskinning the monitors is a popular strategy in mature Keno jurisdictions. The idea bears a similarity to instant ticket pulsing – it takes an already-known lottery product and makes it look new.

It is also an experiment “as the first Keno screens to cross sell” an instant game, said Mamorsky.

“Keno sales had been declining so we made an effort to launch five or six screens,” said Mamorsky. “Reskinning increases the game’s visual appeal. This is especially important because we have two monitor games, Keno and Racetrax, which was, until now, the more visually dynamic of the two. I want Keno to better compete.”

This is the first time that the lottery used a licensed property to reskin Keno.

“When we were designing the Keno visuals, we made deliberate choices to utilize Skee-Ball as a brand,” said Kate Airey, Director, Product Development, Maryland Lottery. “We didn’t want it to come across as just Keno licensed with Skee-Ball. We wanted to make sure it always referred back to the ticket. So when the winning numbers are recapped, the screen is split. About two-thirds of the screen is for the winning numbers and the remaining one-third features the [Skee-Ball] scratch-off.”

The Skee-Ball version of Keno is proving a big hit with players.

“In a year-over-year comparison, our Keno sales have increased for 10 consecutive weeks, which bucks the trend we’ve seen in Maryland over the last four years,” seconded Airey. “And we believe that the change in the graphics [using Skee-Ball] is the reason.”

Skee-Ball has also proven to be a perfect licensed brand to promote at the lottery’s summer events throughout the state. On June 27, the lottery staged a large event built around Skee-Ball.

For the first time, the lottery partnered with Baltimore’s Volo City organization to hold a Pop-Up Skee-Ball tournament at the waterfront at South Point – Port Covington in Baltimore. The event also included the lottery’s evening Pick 3/Pick 4 drawings, which were televised in a live remote from South Point. Volo City stages outdoor sports leagues, including kickball, soccer, dodgeball, flag football and bocce and raises funds for children to participate in sports leagues.

“Volo City is a popular social sports organization with strong ties to the community,” said Carole Gentry, Managing Director of Communications at Maryland Lottery. “Their participants are in the 21 to 35 age group, which is often a hard-to-reach demographic for lotteries, so it was a great fit.”

With food trucks regularly on site, a huge tent with music and seating, and open space for beach volleyball and other sports, South Point is a popular summertime gathering place for young, active Baltimoreans. To capitalize on the youthful vibe of the venue and promote the Skee-Ball ticket, the lottery rented four regulation-size Skee-Ball machines for the event.

“The Lottery had a booth on site, displayed the oversized Skee-Ball ticket art and gave away Skee-Ball scratch-offs and prize packs, but it wasn’t just an ordinary event for us,” Gentry said. “It was a fun, multi-layered summer kick-off, with hundreds of people playing games, listening to music, appearing live on TV during the Pick 3/Pick 4 drawing—and of course, trying their hand at Skee-Ball.” Gentry and her team were pleased with the event. “It took months of planning, but it was worth it. Everyone there had a great time with Skee-Ball and the Maryland Lottery!”