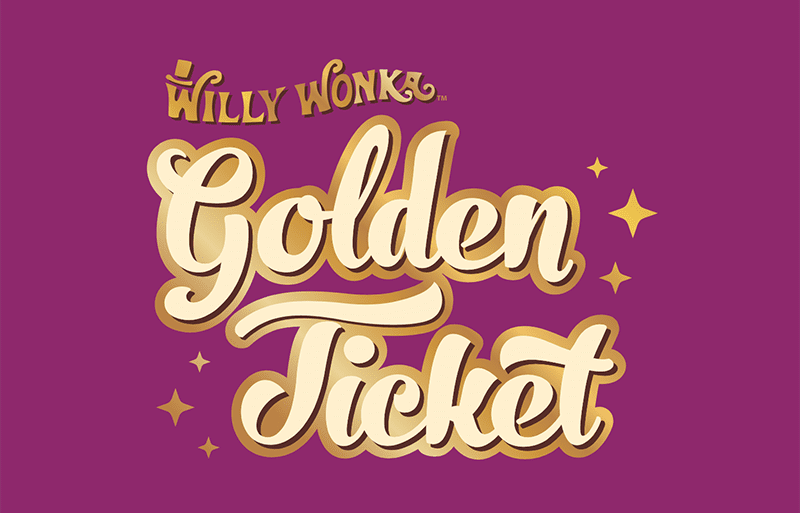 WILLY WONKA™ is inspired by one of the most beloved films of all time. In the lottery industry, the brand is especially known for the record-breaking linked instant lottery game that lit up U.S. lottery retail sales in 2017-18. With over $1 billion in lottery tickets printed over the course of the first offering, WILLY WONKA GOLDEN TICKET is back—this time featuring the EVERLASTING MILLION Second Chance Promotion where players can win an everlasting prize of $1 million per year for life.

The first WILLY WONKA GOLDEN TICKET broke all records, amassing double the sales of any previous linked instant game in the U.S. With most lotteries launching the game at the $10 price point, sales of the WILLY WONKA GOLDEN TICKET games exceeded the average $10 game by an impressive 23%—in some states by more than 77%. Eighteen lotteries participated in 23 linked game launches, culminating with more than 200 players traveling to Las Vegas for winner events.

Offering more fun and more ways to win, the new WILLY WONKA GOLDEN TICKET game launches in September with the Colorado Lottery first to launch. “We were pleased with how well the first game performed, indexing at 155 over the first 15 weeks,” said Tom Seaver, Director of the Colorado Lottery. “Our players like fun, excitement and value. The WILLY WONKA brand delivers the fun and excitement, while the second chance opportunity delivers the added value in the form of a lifetime prize of $1 million. We are thrilled to be the first lottery to kick off the newest WILLY WONKA game.”

Scientific Games knocked it out of the chocolate factory once again. Not only does the new game feature a variety of iconic WILLY WONKA imagery and characters, the game also features a new assortment of scratch game designs, along with options like high definition HD Games™ play symbols, MicroMotion™, Sparkle® and holographic stock.Participating lotteries also benefit from branded marketing support with radio, television and point-of-sale advertising, as well as WILLY WONKA themed websites.

“The new WILLY WONKA GOLDEN TICKET has all the elements to be even better than the first,” says Chuck Kline, Senior VP Lottery Licensing, for Scientific Games. “In addition to developing a variety of great scratch game designs, we are offering an enhanced marketing support package, including an animated reveal game, new digital support and a thrilling second-chance promotion featuring a lifetime prize of up to $1 million.”

Kline added, “Like the EVERLASTING GOBSTOPPER™ from the movie, the everlasting million-dollar prize never gets smaller and never disappears.”

The four-day/three-night trip for the winners and a guest includes round trip airfare, hotel accommodations, ground transportation, spending money and, best of all, the opportunity to participate in the EVERLASTING MILLION CHALLENGE. The event will be held in Las Vegas with three rounds of games each themed to the brand: GOLDEN EGG™, EVERLASTING GOBSTOPPER and the GOLDEN TICKET. Every trip winner will win a cash prize from $1,000 up to the everlasting million.

This is Scientific Games’ ninth linked instant game since the company pioneered the concept in 2007, since hosting more than 5,000 winners and guests, providing concierge-level service with a focus on security, safety and confidentiality. The company’s experience developing linked game rules, regulations and prize structures over the last 13 years ensures the lottery’s reputation remains intact.

“The WILLY WONKA GOLDEN TICKET linked instant game offers lotteries a proven opportunity to infuse excitement into their player base, sales teams and retailers. For players, it’s a second chance to redeem their ‘golden ticket’ for the trip of a lifetime and the chance to play the EVERLASTING MILLION CHALLENGE,” says Kline. “There isn’t a sweeter way to kick off or close a fiscal year.”