IWG’s Progressive eInstant Is A Huge Success For Virginia Lottery 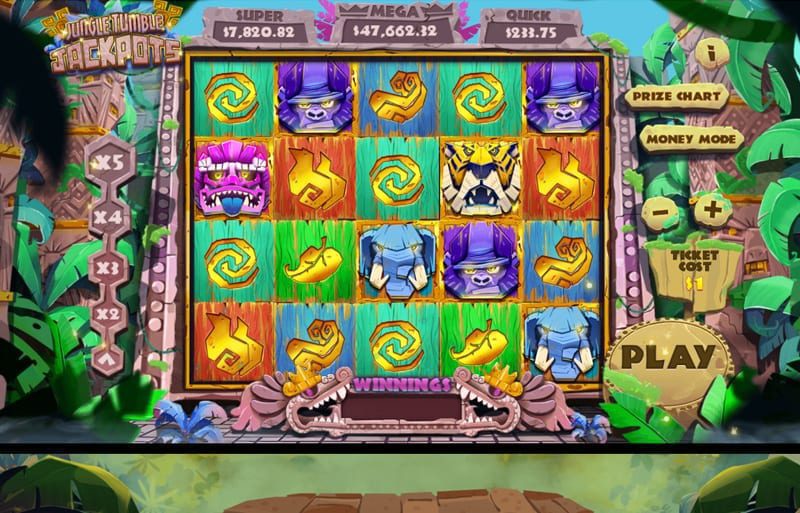 “Jungle Tumble Jackpots was the top selling game for the first month it was out, and since then regularly remains in the Top 3 if not still number 1,” reported Lindsay Yowell, Digital Games & Advertising Manager, Virginia Lottery.

The game is hugely popular with players. “Watching the jackpots grow live in the game, and seeing the estimated jackpot grow in the games lobby are both big factors for driving excitement around the game,” explained Yowell.

“The Quick Jackpot hits at least once a day and the Super Jackpot hits about once a week, and when they do players can see them re-set in the game so they know people are winning. On top of all that the game also comes with a Treasure Chest bonus feature and Free Games feature to keep players excited for fun gameplay experiences,” added Yowell.

Player feedback is good. “Our primary means of gathering feedback on games is comments on social media. We’ve had several instances of players talking about enjoying JTJ in Facebook comments, which is pretty outstanding compared to other game launches,” said Yowell.

IWG purposely engineered its progressive jackpot module to be 100% self-contained within its Remote Game Server (RGS). This means the Virginia Lottery can launch progressive jackpot enabled games through the same processes applied to launching standard e-Instant games. No technical support of any kind is required from its iLottery platform provider, NeoPollard Interactive.

This latest innovation builds on the partnership between the Virginia Lottery and IWG, with the supplier’s content delivering a series of record-breaking game launches for the lottery since going live in August 2020.