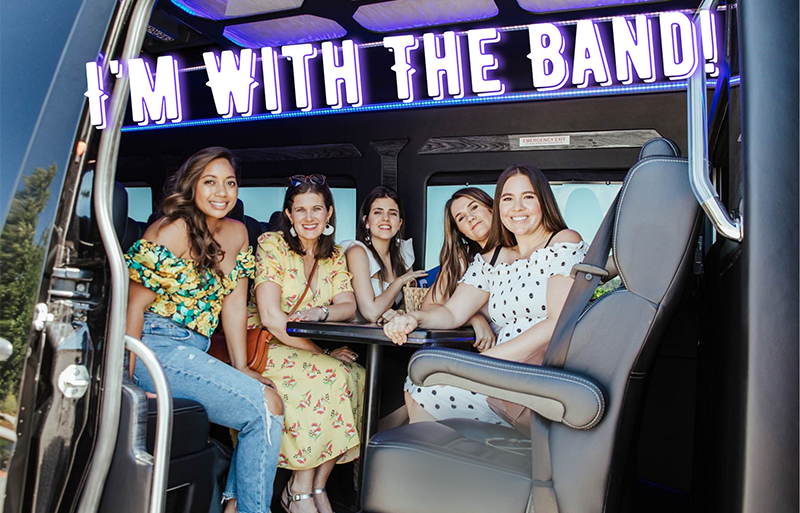 Life on the road with a touring band. Fun, adventure, and stories that last a lifetime. It’s an experience only a select few enjoy, and only after years of practice and dedication . . . or if you win the new “I’m With The Band” lottery promotion!

Alchemy3, in partnership with GigTours™, announced plans to launch the new BIG COUNTRY CASH Scratch game and the associated “I’m With The Band” lottery promotion in 2021. Winners of the promotion experience a five-day, four-night adventure on the road, traveling alongside a touring a-list country music artist.

As Alchemy3 president Jeffrey Schweig notes, “Lotteries want to award once in a lifetime experiences and the opportunity to go on the road with a country music star is an amazing, money-can’t-buy prize.”

For a music fan, GigTours™ really is the ultimate experience, Alchemy3’s Director of Sales and Marketing Ben Nicolls added. Winners of this promotion get to enjoy multiple concerts, backstage passes, and VIP access, all while traveling alongside an a-list recording artist. Winners are literally with the band.

A key part of the promotion prize is that it affords winners one-on-one interaction with a touring artist. “Working in conjunction with the lottery agencies, and alongside artists and their respective teams, we’ve enjoyed a long run of success. With the launch of the ‘I’m With The Band’ Gigtour experience, GigTours continues to provide once-in-a-life time adventures that money just can’t buy,” said GigTours CEO Donny Michael. “The prize appeals to core lottery players while enticing a younger generation of players—those with an appetite for experiential prizing.”

GigTours™ prizes are extremely flexible. With eight people allowed on each GigTour trip, lotteries can award prizes in groups of two or four or make the prize even more unique and offer the trip for one winner and 7 buddies.

Alchemy3 has had great success with buddy trips as people—especially Gen Y and Z’ers—enjoy traveling in groups. Moreover, people are looking forward to the post-COVID world when they are able to interact and enjoy live entertainment once again.

The “I’m With The Band” promotion is just one half of this Alchemy3 integrated program, as entries for the promotion are generated by players entering non-winning BIG COUNTRY CASH scratch tickets. The BIG COUNTRY CASH tickets are designed to meet the expectations of both core and new audiences and lotteries always have the option to modify it to their specific requirements.

A turnkey operation, Alchemy3 coordinates all GigTours™travel arrangements, facilitates guest background checks and scheduling.
Winners will travel in VIP style aboard a luxury entertainer bus to mirror the artist’s tour schedule; from departure to arrival, unloading the gear and stage-set, to sound check and show time, and reloading for the next gig several hundred miles away, the travel itinerary and agenda follows the very schedule of the artist.

All-Inclusive GigTours™ “I’m With The Band™” Packages include:

• Live entertainment in route to show

• Back Stage Pass to Sound Check*