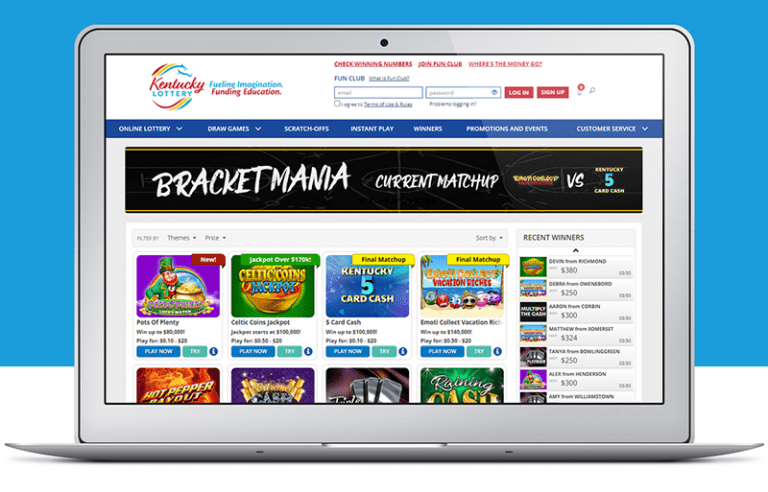 It’s a win-win for the Georgia Lottery Corporation (GLC) and its players with the new upgrade of IGT’s iLottery platform last summer. The GLC solution upgrade included a Remote Gaming Server (RGS) cloud solution, a first for GLC and IGT. The platform has now been deployed to all IGT iLottery customers in the U.S., delivering optimum performance to meet today’s demand. It quickly scales when player traffic increases. In fact, as it is delivered today, the platform is designed to handle three times the GLC’s typical jackpot volume. Plus, IGT Marketing Services has used the additional promotional capabilities to attract and retain players, increasing monthly active users by 20% since the platform upgrade.

Players have been asking for more draw games to play online, and as part of the upgrade their wishes came true. With the addition of three new online draw games, Cash 3, Cash 4 and Cash4Life, players can conveniently access eight of the GLC’s 11 draw games online. The expansion of the digital draw-game library excited many players. As one commented on social media, “I have been waiting for this—Cash 3 and Cash 4 now online. Whooppee!”

The multi-ticket, Multiplier Spectacular, launched in March. Played by 71% of GLC iLottery players on its first day, this new play style continues to entertain fans. “This is my most favorite game,” said one GLC social media fan. Vasia Bakalis, IGT’s Senior Site iLottery Marketing Manager said, “Using the inherent bonus capabilities in IGT’s iLottery platform, we created a 10% bonus deposit match offer. Once the player meets the criteria, the bonus match is automatically applied to their eWallet. We saw a 25% increase in daily deposits and over a 10% increase in average daily depositing players.”

In March, as basketball fans cheered for their favorite college teams, the Kentucky Lottery Corporation (KLC) took the title of their “Best Digital Sales Month Ever,” which was a challenging feat given that KLC has steadily increased sales each month since December 2021. Contributing to the sales growth were new game launches and engaging promotions. With a new upgraded IGT platform, KLC launched Celtic Coins Jackpot just in time for St. Patrick’s Day—and social media fans went wild: “LOVE IT!,” “The more variety the better.”

The KLC and IGT also collaborated on a four-week promotion that capitalized on the excitement of the basketball tournament. In Bracket Mania, two iLottery games were matched against each other each week, and the game with the highest sales advanced into the next bracket. With every matchup, players who purchased the winning game were entered into a drawing to win Bonus Bucks. Those who played the winning game during the final round were eligible for the Grand Prize of $150 in Bonus Bucks and a $150 VISA gift card.

“The promotion was supported with a new web and app feature available with the upgrade,” said Laura Turner, IGT Site iLottery Marketing Manager. “We could visually show which games were competing in every round with fully customizable game tile flags that we enabled with the flip of a switch. We can change the text and color of each flag ourselves in real time.” As Turner noted, “These touches of customization added to the excitement of the promotion and made it easy for players to identify the games we were highlighting at a specific time. We are thrilled with the results. On the first day of the promotion, we had the highest total deposits year-to-date. And during the two-week elimination rounds, the eight competing games brought in over $1 million in sales, and over 13,000 players played at least one of the games.”

What game won? It was a push to the finish. EmotiCollect Vacation Riches eked out a win over Kentucky 5 Card Cash.

Outside of the promotional applications, Turner’s team recently added a flag to Celtic Coins Jackpot to let players know that the current jackpot amount. “These flags are a great way to share marketing messages with players, and we see it in the results,” she said. Sales increased by 46% and player count grew by 35%.

To learn more about IGT’s Lottery Platform and eInstant portfolio, contact your Account Manager. To play any of the games discussed, visit the IGT iLottery Showcase, IGTiLottery.com and request an account.