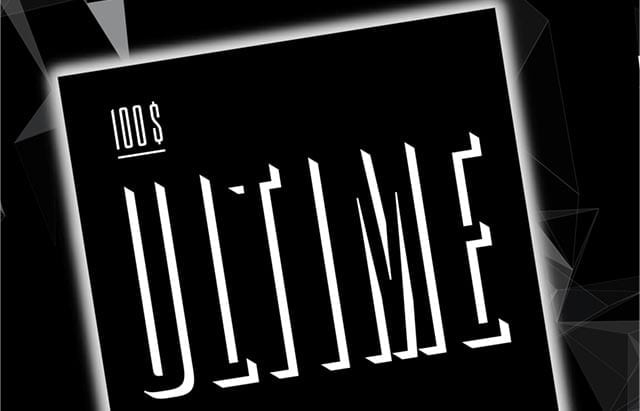 Loto-Québec launched a $100 scratcher called “Ultime” on February 6, 2017. It will be sold for eight weeks culminating with a March 30 drawing for 20 prizes of $1 million.
“The main feature—the DNA of the product—is the best chance of becoming a millionaire is 1 in 25,000,” said Josée Noel, Product Manager, Loto-Québec.

Loto-Québec is promoting Ultime as “your best chance of becoming a millionaire. Buy it for yourself, with your spouse, or with a group.”

The draw on March 30th will be broadcast on television (six occasions during the evening during commercial breaks on TVA). “A special event will be held at our Casino du Lac-Leamy. It will be open to public, with live music show and, of course, live draws with a popular TV host [Anouk Meunier],” said Noel.

The holographic black ticket features a bold design. “We wanted to offer something really different, premium and special all in one pack,” said Noel. “Therefore the name of the product, $100 Ultime, and the product presentation both evoke a chic and premium look. We also went for premium packaging. Working with Scientific Games, we developed a unique envelope with felt paper finish and holographic printing. The ticket presentation stands out from our traditional portfolio.”

This is not the first time that Loto-Québec has marketed the ultra-premium price point of $100. “Seven years ago was our last venture within this segment,” explained Noel. “It was time to rejuvenate with a new approach. With all the craze around higher price point tickets from U.S. lotteries, we felt that the moment was appropriate to test a $100 ticket in today’s market.”

Loto-Québec was unable to find any other lotteries in the world that had tested this price point. “We did quite a bit of research and didn’t find any,” said Noel. “For Loto-Québec though, it’s our fifth experience with this price point. The first one (Mega Millions in year 2000) was a great success. The following editions were not so great. So we waited seven years, streamlined the concept and relaunched it this February.”

Ultime is a hybrid ticket, with an instant portion and a draw on March 30th. The instant portion offers up to $11 million in prizes. The jackpot is $100,000. There is a 1 in 4.7 chance of winning a free ticket. The draw portion of Ultime offers two draw numbers for the draw of 20 prizes of $1 million (one decomposable number and 19 non-decomposable).

In terms of Ultime’s average weekly sales, “so far after three weeks, $10 million a week. The sales don’t seem to tire up. We average $1.5 million per day. Our average weekly sales for instant games is around $8 milllion,” reported Noel. “The $100 ticket is over indexing! It’s hard to compare because we haven’t had such a price point for so long.”

Structuring the prize payout was critical. “Our focus was obviously to offer the best chance EVER to become a millionaire,” acknowledged Noel. “Our main struggle was that we wanted to offer a better chance of winning a overall prize by increasing the instant prizes portion as well (1 /4). We made sure to include a great amount of free tickets in order to stimulate the sales.”
The prize payout as a percentage of total sales is “approximately 65% payout (including free tickets),” said Noel.

It was critical to promote Ultime with retailers as well as consumers to guarantee success.

Noel said “the incremental investment at retail was an issue for many retailers . . . so our sales force had to overcome and reassure them that the end benefit would be worth it.”

Game promotion included TV ads, in-store posters and banners as well as social media. Finally, the press release to the media “created a viral BUZZ! The success can be explained by multiple factors, but PR had a major role to play. Our spokesperson gave several interviews, TV, radio and even the news,” said Noel.

There are no plans to launch a $100 scratcher annually. “Per our past experience, we think that we need to wait one year or more before launching another $100 ticket. We will probably launch another one in fiscal 2018/2019,” predicted Noel.