How To Manage A Crisis: Test Assumptions. Do the Math. Mind the Mission. Teach.

As the world careened out of control after the pandemic was announced on March 11 and multiple state governments ordered U.S. lotteries to send their employees home as a precaution, the path looked treacherous. But when you drive onto black ice, you don’t hit the brakes.

This is the advice that Scientific Games Lottery Group Chairman Jim Kennedy offered in an exclusive interview with La Fleur’s Magazine Publisher Terri Markle. You have to keep your eyes on the road and try to keep the steering wheel straight. 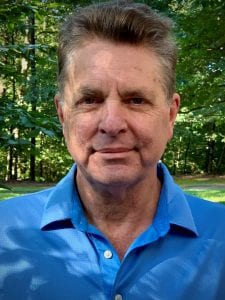 He offered what he called Kennedy’s Crisis Management Rule of Four.

4. Inculcate these three things into the organization

The lottery industry must get facts in front of decision makers. “They are going in with assumptions. Governments right now are focused on cutting and cutting more. Lotteries are going to get those phone calls that say you need to take 5% off your operating budget. You need to cut your payouts by 5%. You need to not invest in digital and retail infrastructure. And it is exactly the opposite direction that lotteries should take,” warned Kennedy.

The most noxious side effect of the pandemic is false information. “If you are working off assumptions that are not tested and are not true, they will cripple the organization,” said Kennedy.

With so many competing priorities, it is easy to lose focus. “I’ll give you a great example. There is this headline that the world is going digital. Guess what? The world has been going digital for a long time,” quipped Kennedy. “Lotteries get 90-95% of their revenue right now from a retail process. Clearly, digital is critical to the future of our industry. But it is digital AND retail, and not digital OR retail. If you look at the amount of activity and the projects that are focused on digital versus retail investment, the lotteries haven’t done the math. The percentages are really fascinating. But they have to be applied to the dollar magnitude to appreciate the full magnitude of the impact. And the best way to get at this figure is to look at the math,” he said.

Scientific Games tracks the industry’s sales. Don’t lose sight of what products are making money. “The instant games business is up $4 billion in the last 52 weeks, year over year (YOY). The draw business is down $4.8 billion in the same period,” said Kennedy.

The global COVID crisis revealed how the institution of operating lotteries could be harmed. “Lotteries take for granted that they are going to get jackpot growth. They take for granted that their supply chains are going to work. They take for granted that an integrated instant game portfolio is much more powerful than something from column A, column B and column C. One of the worst (and I think misleading) arguments is that COVID has revealed that supply chains shouldn’t be predominantly coming from one supplier. I have always said that I don’t care if you get 100% of your business from IGT, 100% of your business from Pollard Banknote, or 100% of your business from Scientific Games, but it is undisputable that the highest performing lotteries year in and year out have a single primary relationship with their vendor partners. Because there is magic in planning your full instant game portfolio with a single vendor partner,” said Kennedy.

Finally, Kennedy believes wholeheartedly, if you do the math, it will reveal the third rule—Mind the Mission. “Lotteries have a profound mission. We raise money for good causes. And when I say we, I go back to the industry’s unique bifurcated business model. If you don’t test your assumptions, do the math and then focus on the mission, you’ll be chasing dollar problems and miss hundred-dollar opportunities. And when I say that in dollar vs hundred dollars, I am literally saying state policymakers, in order to save hundreds, lose tens of thousands,” he said.

Finally, Kennedy said the fourth rule is implied but it is often missed. “These three things have to be inculcated operationally. People have to show up every day, learn and know it. It has to get into the lizard brain of the organization.”

Scientific Games is constantly reinforcing with its thousands of Lottery Group employees to focus on the most important things.

“When the COVID crisis hit, we had a Lottery Leadership team that was ready—Pat McHugh (Lottery Group Chief Executive), John Schulz (SVP, Global Instant Products,), Jennifer Welshons (SVP, Marketing & Insights), Jim Bunitsky (CFO) and Mike Conforti (President, Global Strategic Accounts). This core team has 200+ years of combined experience in lottery crisis management, and is surrounded by a deep bench of seasoned experts around the world. They trust each other. They are able to huddle together through crises (like I have done with them). They don’t freak out. Douglas Adams’ admonition in “Hitchhiker’s Guide to the Galaxy” is ‘Don’t panic.’ They don’t panic. They know how to prioritize. They know how to deal. It is times like this when, day in, day out, operational muscle memory and focuses become so important.”

Kennedy said “another assumption that is happening right now—and that is not true—is that retail is going to stay the same. Retail is going through a massive change. It is reconsidering all consumer transactions touchless. To think that retail is not going to be very different in two years is a mistake,” said Kennedy.

One of Kennedy’s takeaways from La Fleur’s eConference (September 1-2) is that “the sophistication of the state lottery management is probably better than it has been in the history of the lottery industry. You also have supply side vendors who have been doing this for a long time with great insights. The third leg of that stool is finance (which is government). Normally this all resides inside a company but in our [lottery] world it is separated,” said Kennedy.

And the division of the $80 billion U.S. lottery industry into three separate branches can weaken the institution. This is not the time to brake hard on an icy road.
“I would say that you go to the finance and policy leaders, the budget folks, and you say not only should you not cut us, we need you to make investments in the next year for the retail infrastructure. You need to make investments in digital integration. We need you to invest in our people. And if you do this, we can protect the revenue streams that are the third (and in some cases the second) largest source of state government revenue. That discussion is at the heart of what is precipitating change right now. If lotteries don’t get it right, then decision makers who are well-intended but seriously misinformed will slam on the brakes during the ice storm and spin out of control,” said Kennedy.

As a 35-year industry veteran who can trace his roots back to 1985 serving as a SG account manager with the Colorado, Arizona, Washington and California State Lottery (while earning his MBA part-time), Kennedy has personally taught many how to survive numerous crises. “I think I have personally worked with over 600 lottery directors globally during my career,” said Kennedy.

He believes passionately that the public-private sector must work together to guarantee that revenues continue to flow to good causes like education, senior citizens and the General Fund.

“We make money when lotteries make money. In fact, we make 1/100th of a dollar so we are 100 times more motivated to get it right,” said Kennedy. “The COVID stress test has revealed some weaknesses in the field that require investment. It is antithetical to the state’s mission to pull back on its investment levels at the lottery.”

It comes down to education. “I am constantly amazed when I sit in meetings with policy level people how completely uninformed they are about the magnitude of the contribution and the significance that the lottery has to their state. They just don’t get it. And it is incumbent on us (and I mean the ‘big us’ which is the lottery professionals) to keep it simple but not too simple. When crises occur, decisions move up the food chain. And the further you go up the food chain, the less time that the decision makers have to assimilate information and the less that they know.”

There are five takeaways from La Fleur’s wide-ranging interview with Kennedy.

– Government must rethink the importance of investing in their lottery agencies to guarantee the revenue stream for good causes.

– Lotteries will benefit from managed services. Scientific Games Enhanced Partnership (SGEP) clients have consistently outperformed both the industry as well as lotteries utilizing other warehousing and distribution programs. Twenty lotteries around the globe, including four of the Top 5 lotteries in the country based on weekly instant per capita sales performance participate in the SGEP program.

– New game entertainment is vital. This is why Scientific Games keeps investing in improving the instant product—both retail AND digital. Pennsylvania Lottery and Atlantic Lottery achieved record-breaking growth for their digital products during second quarter calendar 2020 during lockdown.

– The resilience of instant games during COVID demonstrated the magnitude of its role in the traditional lottery portfolio.

“There is an assumption that is false and it has been proven false. And that is the instant game is losing relevance in a digital world. The fact is the instant game is vastly different than it was five years ago based on the engineering that goes into it, the prize structures and the payout, the action of the games, the mix of price points, the family of games. The consumers who left it or who have never played an instant game … they were used to driving a shabby Chevy and now it’s a Mercedes,” asserted Kennedy.

“The experience of playing the instant game has been so materially improved. Every single day Scientific Games is comparing games, measuring performance on our patented MAP™ platform, studying the analytics and improving the product. So when you have consumers who have been absent and now come back, they discover great games,” he added.

Kennedy had one last thing to share before the 65-minute interview ended. He cited a quote that he attributed to Mark Twain. “I heard it recently and I thought it was apropos to this moment. People will say that we have never been through COVID before. This is true. The Mark Twain quote is: ‘History doesn’t repeat itself, but it often rhymes,’ ” he said, chuckling. “I love it because we don’t have to throw our experience out the door because this is a new thing. We learn from what has happened in the past. It all comes back to those four rules.”